An Australian study has unearthed a vital clue in predicting the likelihood of a baby having a food allergy - finding that a pregnant mother's gut bacteria may hold the key.

The study - a collaboration between Barwon Health, Deakin University and Murdoch Children's Research Institute - was led by Professor Peter Vuillermin and links the presence of the Prevotella copri bacteria in a mother's gut during pregnancy with allergic disease protection in her baby.

"More than 1000 women and their babies took part, and only one mother with more than a minute trace of Prevotella copri had a baby that developed a food allergy," Professor Vuillermin said.

"What's so exciting and important about this research is that the evidence here is strong and specific."

One in 10 Australian babies develop a food allergy - the highest rate reported anywhere in the world.

"Our clinics and hospitals are filled with kids with allergic disease and asthma, and we urgently need prevention strategies," Professor Vuillermin said.

"This study gives us an exciting new clue regarding the cause and prevention of the allergy epidemic."

Prevotella bacteria are found in the gut of virtually all people from traditional communities, but only in a minority of people living in developed countries.

"There is quite a lot evidence that antibiotics and poor diet are leading to the loss of our traditional gut bacteria - including in the gut of child-bearing-age women," Professor Vuillermin said.

"Bacteria like Prevotella produce molecules that can cross the placenta and stimulate the baby’s developing immune system."

Professor Vuillermin and his team now hope to build further evidence of Prevotella's role in stopping food allergies in babies, and interventions to combat the food allergy epidemic facing many Australian families – including the possibility of Prevotella supplements for women during pre-conception and during pregnancy.

"More research is needed to understand the link between Prevotella and decreased allergy, but the finding points us in a new direction," he said.

"We are now working with some very clever folks to work out whether administering Prevotella copri before or during pregnancy could be a safe and effective way of preventing the baby developing an allergic disease."

Funded by the National Health and Medical Research Council of Australia, the Barwon Infant Study has followed more than 1000 participants from birth to their primary school years.

"A huge number of researchers have leant into this project and it's all depended on the incredibly generous contribution of the participating families – this has been a great exercise in people-power meeting cutting-edge science," Professor Vuillermin said.

"Maternal carriage of Prevotella during pregnancy associates with protection against food allergy" was published today in the Nature Communications journal. 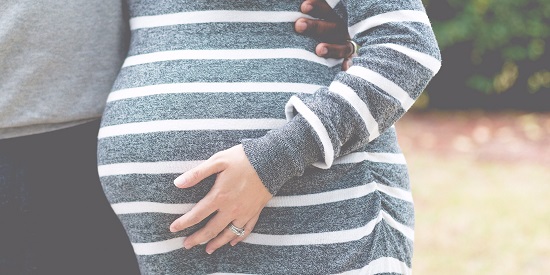