Deakin neuro-engineers have conducted an investigation into how mosquito brains are affected by the Zika virus, in a breakthrough study that could crack the code to creating a viable vaccine.

Associate Professor Asim Bhatti, who is the research leader in neuro-engineering at Deakin's Institute for Intelligent Systems Research and Innovation (IISRI), said his team discovered that mosquitoes infected with the Zika virus were naturally resistant to its most debilitating effects.

Zika is believed to have been linked to thousands of cases of babies born with underdeveloped brains, as well as the debilitating neurological disorder known as Guillain-Barré syndrome.

Mass Zika outbreaks led to the declaration of a national public health emergency in Brazil in 2015, and the virus has since been recorded in more than 30 countries.

Though Zika vaccine research and development is currently in the pipeline, scientists have yet to synthesise a reliable vaccine for mainstream use and broader distribution.

"While other groups have looked into how the virus reproduces in mammals, we traced the infection back to its source in mosquitoes, who are one of the main culprits of spreading the disease," Professor Bhatti said.

"We're the first ones in the world to demonstrate this mosquito brain mechanism in vitro, with a microelectrodes array that essentially puts mosquito brain cells on a chip that we can then use to track activity."

The work was the result of a collaborative effort by researchers including Deakin PhD student Julie Gaburro and the CSIRO Australian Animal Health Laboratory's Dr Jean-Bernard Duchemin and Dr Prasad Paradkar.

Associate Professor Bhatti said the research showed mosquitoes had their own way of fighting off Zika infection that was much more effective than mammals.

"Zika attacks the brain more than anything else, so if we can understand how this works, that's the first step toward vaccination," he said.

"While cells in infected mammals such as mice have been observed to die off due to Zika-induced overstimulation, the mosquito brain cells don't die – they recover, allowing them to survive and continue fighting off the disease." 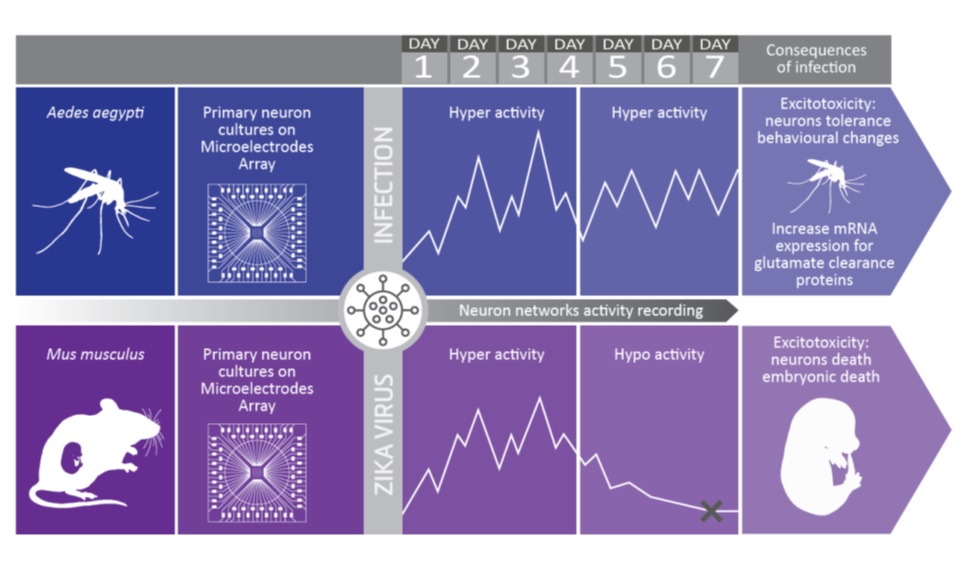 Professor Bhatti's research showed mosquito cells fought through the potentially lethal stimulation in a way that actually made the insects more effective at spreading the virus.

"Mosquitoes infected with the virus show massive spikes in stimulation and changes to their behaviour," he said.

"Their physical activity and flying increases and their behaviour is significantly changed to become more erratic and frenzied, like a rabid dog.

"The disease also affects their memory, flying trajectory and egg laying behaviour, and they're attracted to different odours, meaning they could fly further and bite more people."

Zika outbreaks have been recorded in the United States of America, Vietnam, Mexico, and throughout Asia, South America and the West Indies, with the latest major outbreak in India in May 2017.

The closest the infection has come to reaching Australia was in 2016 following an outbreak in Papua New Guinea. 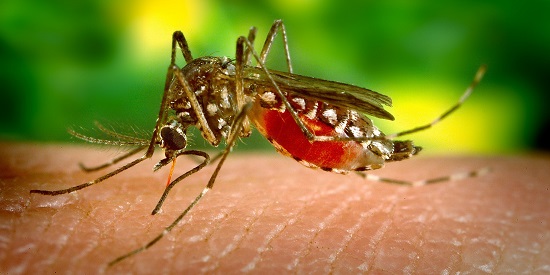