A new Deakin University report that ranks the nutrition policies of Australia's biggest food and beverage manufacturers found only half received a passing grade, identifying they could all be doing far more to address Australia's serious obesity problem.

The 'Inside our Food and Beverage Manufacturers' report did not assess the healthiness of specific products, but examined 19 companies' policies and commitments related to obesity prevention and nutrition.

It's the first time Australia's food manufacturers have been put under the microscope in this way, and follows the release of a similar report into the nutrition policies of Australia's largest supermarkets last month.

The report's lead author Associate Professor Gary Sacks, a Research Fellow at Deakin's Global Obesity Centre, said most companies assessed in the report had acknowledged their responsibility for being part of efforts to improve population diets, and had some related policies and commitments in place.

But he said the food and beverage manufacturers varied substantially in their policies and commitments, and there was considerable room for improvement for all companies.

"Unhealthy diets are creating a public health crisis in Australia. This has a high cost to the economy, including large impacts on the health care system and productivity.

"For food companies, this is not just about social responsibility, it's also about long-term business sustainability. Investors are increasingly focused on company contributions to the health of all Australians, and how this links to the United Nations Sustainable Development Goals. Nutrition is considered a component of all 17 of these goals."

'Inside our Food and Beverage Manufacturers' sets out three priorities for companies to make a positive contribution to obesity prevention and population nutrition.

"A key point, backed up by other research, is that the current voluntary commitments to reduce marketing to kids are ineffectual, so companies need to tighten up their policies and actions in the area," Associate Professor Sacks said.

"Their current promises are full of loopholes. While they promise not to directly target children, this doesn't prevent unhealthy food advertising in prime-time when the highest number of children are watching.

"Some companies also promise not to sponsor 'children's' sporting events, but that still doesn't cover the major professional sports, like the AFL, that are extremely popular with children and families."

The data compiled in the report was gathered from publicly available information (collected up to the end of 2017) as well as company policy information provided by company representatives. It was then assessed using the 'Business Impact Assessment - Obesity and population nutrition tool' developed by INFORMAS, a global network of public health researchers that monitors food environments worldwide. 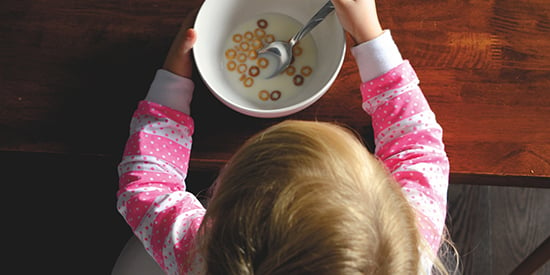