A new study lead by Deakin University marine ecologist Dr Peter Macreadie has found that better management of our oceans and coastline could be a missing link in the fight against climate change.

In an article published today in Frontiers in Ecology and the Environment, Dr Macreadie and colleagues propose three key environmental strategies that will help resource managers to protect and restore vegetated coastal habitats, the world’s most efficient blue carbon sinks, at the catchment level.

Vegetated coastal habitats (VCHs) such as tidal marshes, mangroves and seagrasses are known to capture and store blue carbon (which is also known as organic carbon) in the ground for thousands of years through a biological process called biosequestration.

Dr Macreadie, Senior Lecturer in Ecology in the School of Life and Environmental Sciences and Head of the Blue Carbon Lab, said the research team developed the strategies after completing a two-year study of existing literature and case studies into VCHs.

“Each strategy is really practical and bound to be of benefit for resource managers not only in Australia, but around the globe, and make a meaningful difference in sequestering and avoiding blue carbon emissions,” Dr Macreadie said.

“The first strategy involves reducing nutrient inputs into the ocean to increase carbon storage. Levels of nutrients, particularly nitrogen and phosphorus, are higher around much of the world’s developed coastline and this is primarily a result of the use of fertilisers for agriculture and discharge of human sewage effluent from coastal cities.

“High levels of harmful nutrients often increase microbial activity and cause microbes to break down and release blue carbon. If we can reduce the levels of nutrients flowing into the ocean, it will improve the capacity of our coasts to sequester blue carbon and thereby help mitigate climate change.”

“We’ve put dams in and changed our freshwater ecosystems, which play an important role delivering carbon to coastal environments, and then there’s tidal influence. We’re putting up walls to defend our coasts against sea level rise, but this is putting our blue carbon ecosystems under a coastal squeeze that ultimately threatens their survival.

“If we can find areas where we can restore natural tidal flow – for example, by removing rock walls – we can avoid severe disturbance of our saltmarshes and mangroves and the blue carbon trapped within.”

The third strategy involves maintaining and controlling food webs that limit the activity and abundance of bioturbating animals.

“Bioturbating animals such as crabs, mussels and clams can rework soils and sediments through burrowing, ingestion and defecation and in doing so, they can destabilise carbon that has been buried and accumulated over thousands of years,” Dr Macreadie said.

“They can do real damage when their numbers are allowed to get out of control, which often happens when we remove the higher order predators that keep numbers in check.

“In Cape Cod, Boston, for example, overfishing triggered a food web meltdown that lead to a dramatic rise in marsh crabs, causing the loss of a 1.52 kilometre area of tidal marsh and concomitant loss of approximately 248,000 tonnes of below ground carbon.

“The loss of ocean predators can have serious cascading effects on food webs and blue carbon storage, and, by extension, climate change, which is why it’s so important to responsibly manage the numbers of predators in our ecosystem.”

The article, ‘Can we manage coastal ecosystems to sequester more blue carbon?’, appears in Frontiers in Ecology and the Environment 15 (4). 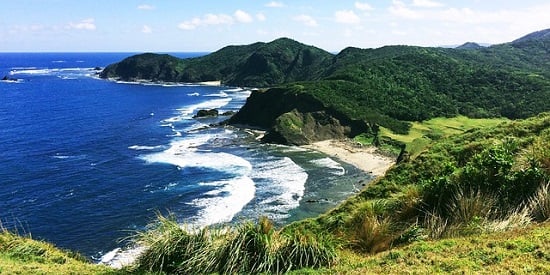