The Deakin environmental allergist who discovered the link between rye grass and thunderstorm-related asthma epidemics has explained the phenomenon in the wake of last night's dramatic weather event that wreaked havoc with the lungs of thousands of Melburnians.

Associate Professor Cenk Suphioglu said that thunderstorm asthma is an allergic reaction to grass pollen and you don’t have to be asthmatic to get it.

“It affects people who don’t normally suffer from asthma or respiratory problems – many thunderstorm asthma sufferers have never had an asthma attack before – and particularly those who suffer from hay fever.

“It’s this surprise element that makes thunderstorm asthma so dangerous and leads to people heading straight to the emergency department – as we saw last night.”

Associate Professor Cenk Suphioglu said that thunderstorm asthma was a rare phenomenon caused by a perfect storm of weather conditions and airborne allergens.

“Studies have shown that more than 95 per cent of thunderstorm asthmatics are allergic to pollen and rye grass pollen,” he said.

“There are a few key ingredients that combine to cause thunderstorm asthma epidemics. Firstly, a high or extreme pollen count, which is what we’ve had this year. Significantly, the pollen count was listed as ‘extreme’ yesterday, with more than 100 pollen grains per cubic metre of air sampled.

But while Melburnians may not have expected yesterday’s event, Associate Professor Suphioglu explained that the thunderstorm asthma epidemic is not new.

“Melbourne has the dubious honour of being both the allergy and thunderstorm capital of Australia, with November the peak month for thunderstorm asthma,” Associate Professor Suphioglu said.

“These combined factors have made Melbourne the thunderstorm asthma capital of the world, with three recorded epidemics in 1987, 1989, and 2010.

“After the 1989 epidemic, I began researching the links between pollen – particularly rye grass pollen – hay fever, and asthma.

“Just like people with food allergies carry an EpiPen, I believe that hay fever suffers should consider carrying a Ventolin puffer, especially if thunderstorms are predicted after a bout of hot weather.”

He said that health authorities were welcome to learn more about the AIRwatch system, which yesterday showed a high risk of thunderstorm asthma, based on the weather conditions.

“AIRwatch is a network of two air sampling stations – one at the Waurn Ponds campus and the other at the Burwood campus,” Associate Professor Suphioglu said.

“Samples are taken daily during September to March – hay fever season in Melbourne – with daily forecasts of the amount of pollen in the air and the likelihood of thunderstorm asthma both listed on the website.

“The forecasts cover a 20 – 50 kilometre radius of the campuses, making the website a great source of information for not only Deakin students and staff, but also the community.” 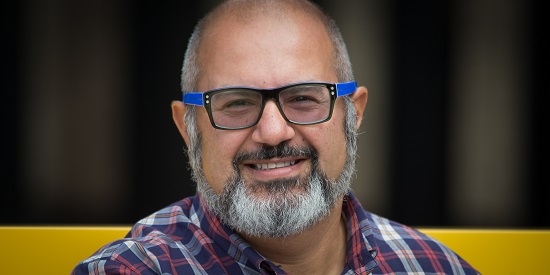 More than 95 per cent of thunderstorm asthmatics are allergic to pollen and rye grass pollen.