Women pregnant with baby number two, or more, are at a greater risk of dangerous weight gain compared to first-timers, new research from Deakin University has found.

Professor Helen Skouteris, from Deakin's School of Psychology and the Centre for Social and Early Emotional Development, said the study showed women who have already had one or more children are entering pregnancy at a significantly higher BMI than first time mums.

"Each successive birth adds an average of one kilogram of postpartum body weight above what would normally be gained with age," Professor Skouteris said.

"This is most likely because they haven't lost the weight from their previous pregnancy.

"But we can see that it's resulting in them having a greater chance of being in an unhealthy weight range during pregnancy, and then finding it even harder to get the weight off when the baby is born.

"Women who gain excessive weight during pregnancy are more than three times as likely to retain weight post-partum compared to those who don't.

"It's not rocket science but we still need to talk about it, there has to be greater awareness that pregnancy weight matters."

The research reviewed 17 studies that examined the pre-pregnancy BMI, gestational weight gain and post-partum weight gain for first time mums compared to women in their second or subsequent pregnancy.

Professor Skouteris said the findings, published in Obesity Reviews, would be useful in identifying risks and targeted interventions to promote healthy weight during pregnancy.

"There has to be some recognition that this is snowballing out of control. And this is a serious issue because it can lead to very significant pregnancy complications like gestational diabetes, pre-eclampsia, delivery complications, and maternal and childhood obesity."

Professor Skouteris said it was an important reminder that old-fashioned advice for pregnant women needed to be consigned to the past.

"You're not eating for two, and unless ordered by your doctor, you don't need to put your feet up all day," she said.

"These kinds of old wives tales are not relevant today.

"Women today are a different generation from those hard labouring women in past generations. Most women are now very sedentary in the workplace and there is an abundance of unhealthy food that is easily accessible."

Professor Skouteris said further research should explore how to encourage women to maintain their health and well-being from the time of conception.

"It's important to maintain a healthy lifestyle, and that means eating more fruit and vegetables, drinking more water, and staying active, even if it's just gentle exercise, such as walking,” she said.

"How do we get to a stage where eating junk food and not looking after your health and wellbeing during pregnancy, is considered just not good enough?

"We don't want to be alarmist and for women to starve themselves, we just want mums to enter pregnancy at a healthy weight and to maintain healthy weight gain once pregnant." 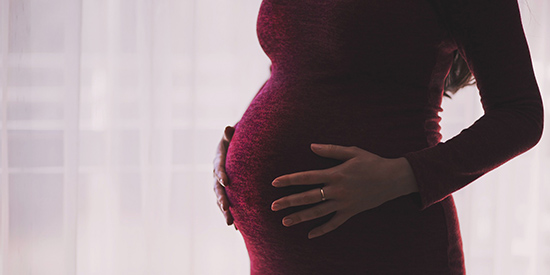 Australia's COVID-19 social distancing and isolation measures are triggering dramatic lifestyle changes for families and individuals across the country. A new nation-wide online study by Deakin University is being launched today to measure the emotional and mental health impacts of these measures on Australian families during the pandemic, and to apply any findings that can increase the resilience of Australians today and in the future.

With only a handful of sleeps to go before the beginning of the school year, a Deakin University parenting expert says now is a good time for parents and carers to start preparing their preppies for the first days of school.

It has stopped our lives: Families share the impact of COVID-19

Australian families have opened up about the way COVID-19 has shaped their lives in a national survey that asked parents to share the experience of living through the first national lock-down in April.