Outlaw motorcycle gangs are joining forces to pull off major drug heists and other crimes in a concerning new development in Australia's criminal underworld.

Joint Deakin University and Australian Institute of Criminology (AIC) research has shone a light on patterns of offending among the nation's most notorious and feared outlaw motorcycle gangs (OMCGs).

This occasionally occurred independently of the direction of senior office bearers, with these members commonly engaged in drug and firearm offences, robberies and violent assaults.

Professor Bright said this flew in the face of preconceived notions that OMCGs were bitter rivals and represented a new frontier law enforcement must face in its efforts to disrupt and prevent illegal activity.

"Until now, most people thought different OMCG clubs acted independently of each other and were in competition, but what this shows us is they are now teaming up. Where there is money to be made, they will work together," Professor Bright said.

The Deakin and AIC research team examined bikie gangs operating out of New South Wales, but Professor Bright said the findings were also likely applicable to clubs in Victoria and other states.

They used de-identified NSW police data of offences committed by OMCG affiliates and linked it with information gathered from the NSW Bureau of Crime Statistics and Research and NSW Corrective Services.

This collaboration was most likely to occur when OMCG clubs or organised crime groups had shared interests, such as when illicit markets overlapped in the same location.

But he warned cross-club OMCG collaboration could turn sour if one club member felt disrespected by a rival club. This could lead to tit-for-tat shootings and attacks on club houses, which he said had often featured in the media in Victoria and New South Wales in recent years.

"OMCGs have changed in the past 10 to 15 years. Before this, they were very much about the brotherhood and that antisocial bikie lifestyle, but now they're inviting young members to join simply because they have a criminal history the club finds useful," Professor Bright said.

"Our study found there has been an influx of young men joining OMCGs in recent years who are motivated less by the traditional values of these clubs and more by the status of being a member and the opportunity for illicit profit. Some of these new members don't own and ride motorcycles, which was previously a key characteristic of OMCG members."

Professor Bright said it was the research team's hope the study findings would help to inform law enforcement's approach to monitor and address OMCG crime and enhance community safety.

Changes in club makeup and patterns of offending were vital intel that he said could prove invaluable to law enforcement operations.

"We’re hoping this backs a more intelligence-led approach to policing that acknowledges the growing collaboration of cross-club crime, as well as the emerging patterns of co-offending by cliques of younger men who have been brought on board to bolster the ranks of OMCGs," Professor Bright said.

The full report, Co-offending networks among members of outlaw motorcycle gangs across types of crime, was published in the journal Trends in Organized Crime and can be found here. 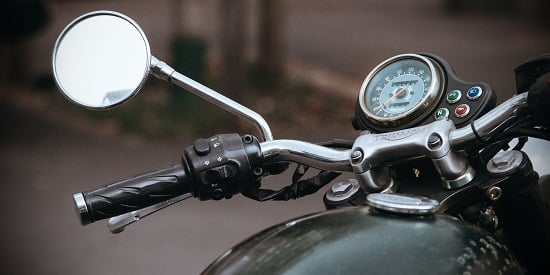