A Deakin environmental allergist who was among the first to discover and name the 'thunderstorm asthma' phenomenon in 1992 has warned serious science and thorough preparation is the only way to avoid another tragedy.

Almost six months on from the devastating thunderstorm asthma event that resulted in the deaths of nine Melbournians, Associate Professor Cenk Suphioglu, from Deakin's School of Life and Environmental Sciences, said the phenomenon should have been taken more seriously.

"The risk is there every grass pollen season, as long as the two key triggers of thunderstorm asthma are there," Associate Professor Suphioglu said.

"And then you have severe thunderstorms that provide the vehicle for pollen carriage, pollen bursting and then effective exposure of individuals to the generated micronic allergenic particles at the ground level."

Associate Professor Suphioglu set up Deakin AIRwatch in 2012, following his ground-breaking research into the first recognised thunderstorm asthma epidemic in Melbourne in 1987, which was published in the Lancet and Medical Journal of Australia in 1992.

The facility has pollen and spore counting stations at Deakin campuses in Geelong and Burwood and provides a free online warning service, advising of the allergen risk each day.

Associate Professor Suphioglu said that while the science had been in place a long time, the severity and scale of last November's event had not been anticipated by anyone.

He said the only way forward was to ensure the event, and most importantly the science behind it, was taken seriously.

"Further pollen monitoring and research must be adequately funded so that atmospheric allergen intelligence can be further improved and real-time atmospheric allergen data can be obtained to improve the thunderstorm asthma predictions by making them more robust," he said.

"We need to ensure there is adequate public awareness and education campaigns every year prior to hay fever season. Due to the sporadic nature of thunderstorm asthma events, people can become complacent or they just forget."

Associate Professor Suphioglu welcomed the recent report from the Inspector General for Emergency Management into the 2017 thunderstorm asthma event, and the government's subsequent commitment of $15.56 million to implement all of the report's 16 recommendations.

"It's fantastic that the government, and the health minister, is taking this thunderstorm asthma event very seriously," he said.

"The funding they've announced will help us to better understand, predict and respond to such events in the future."

Associate Professor Suphioglu said the government had also committed to funding the monitoring and interpretation of pollen data, which is directly relevant to the work carried out at Deakin AIRwatch.

"Ensuring that the sufferers are never caught by surprise in the future again is critical," he said.

"And having a prediction and warning system that is run centrally by a government agency will be central to that." 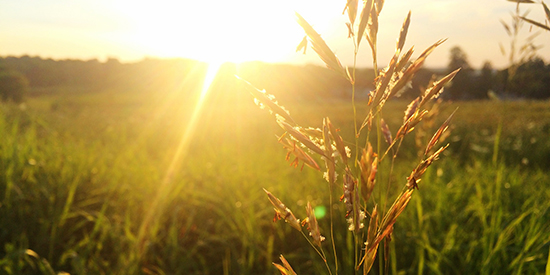 The stories that live within the minds of older Australians will be shared with younger generations using modern technology thanks to a new app being developed by Deakin University students.