New Deakin University research is shining a spotlight on the growing number of adult children caring for their ageing parents, and the health issues it can exacerbate for older people and caregivers alike.

The Families in Later Life Study tracks sons and daughters caring for ageing parents in the community over a one-year period, focussing on the quality of the relationship between the parent and child, which can have a big impact on health outcomes for both parties.

"By 2025, families will be expected to provide much of the primary care for ageing parents as the Government and aged care providers struggle to meet the welfare needs of our rapidly ageing society," he said.

"The care provided to older parents in the community by adult children is significant, currently saving the Federal Government over $4.4 billion annually.

"But caring for ageing parents comes at a cost for the families of ageing parents. Many adult children report significant carer stress and burnout due to the financial, social and emotional strains that caregiving can place on carers."

According to Associate Professor Karantzas the quality of family relationships during the later years of life can exacerbate these strains.

"Family relationships marked by rejection or a sense that one is not good enough can exacerbate negative outcomes including problems with immune functioning and increased risk of depression, anxiety and stress," he said.

"There is even preliminary evidence to suggest that relationship strains can exacerbate rates of cognitive decline in both carers and care-recipients."

"It's as if good family relationships inoculate ageing parents and their sons and daughters from all kinds of physical and emotional problems," he said.

How best to support these positive outcomes, is what Associate Professor Karantzas hopes to better understand through his study.

"This study is unique in that it tracks the relationship and wellbeing of both the older parent and their sons and daughters, thereby investigating both perspectives," he said.

"Most aged care studies track either the carer or the care-recipient, but not both. And yet, it's the interaction between the adult child and older parent that is critical in understanding how care is provided, how it's received, and how parents and children influence one another’s wellbeing."

"This is especially the case when the carer is more distressed," he said.

"The idea that families pull together to help out mum and dad may not represent the reality of ageing families.

"For some, the stress and strains of caring for an older parent merely widen the cracks that already exist."

"It will also assist the future development of services for family caregivers and care recipients to cope with this already difficult stage of life," he said.

Associate Professor Karantzas and his team are currently looking for families from the Melbourne and Geelong regions to take part in the Families in Later Life Study. To find out more visit www.fills.org.au or phone (03) 9246 8544. 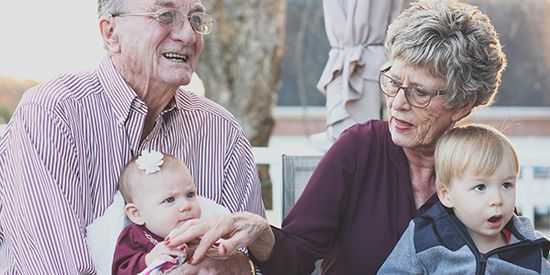