“The Worldviews of Generation Z” study was conducted by researchers from the Australian National University, Deakin University and Monash University to uncover Australian teenagers’ experiences and understanding of religion and diversity.

“The 2016 census affirmed that Australia’s population had grown significantly in size but even more so in religious and ethnic diversity, with the country now a very multicultural and multi-faith society, while an ever-increasing proportion say they have no religion,” Associate Professor Singleton said.

“We know a lot about what adults think of these changes, but what about the next generation? Are teenagers open, tolerant and inclusive?”

The first round of results from the study have shown that while many teenagers had a largely positive view of religion and religious diversity, a large number were concerned about the impact of religion on life in Australia.

Professor of Sociology at Monash University Gary Bouma said the findings demonstrated that many young Australians had a largely positive view of religion and were accepting of religious diversity.

“In light of all this, Australian teens are awash but not adrift in a sea of diversity. They know who they are and negotiate difference competently,” he said.

“However there is an appreciable proportion who think religion causes more harm than good, are against the construction of Mosques and temples, are concerned about intolerant religious beliefs and think religion has no place in Parliament.”

Associate Professor Singleton said the study found there was some ambivalence about aspects of diversity.

“About half of all teens thought that people with very strong religious beliefs were often too intolerant of others,” he said.

“This is not surprising: the survey was done at the same time as the marriage equality postal vote and parts of that process might have influenced how they saw religions in the public space.”

“The study results indicate that many young Australians are aware of tensions between religious rights and other human rights, and that the latter should be respected,” she said.

“If we know more about young Australians’ perspectives on religions and non-religious worldviews, and what influences those perspectives, then appropriate educational policies and programs can be developed that will equip young Australians to live productively in their diverse society and help minimise social tensions and threats,” Dr Halafoff said.

Key findings from the study include:

“Young Australians’ Perspectives on Religions and Non-Religious Worldviews”  is an Australian Research Council funded national study focused on teenagers’ experiences and understandings of religious, spirituality, gender and sexual diversity. It comprises a nationally representative telephone survey of 1200 people aged 13-18, supplemented by 11 focus groups with students in Years 9 and 10 in three states. 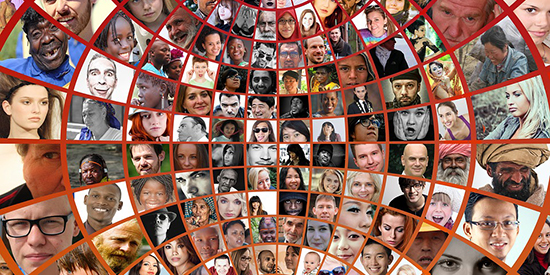