Media release
29 April 2014
A new study provides further evidence of the damaging effects of BPA, the controversial compound used in the manufacture of plastic food and drink containers that is banned in most parts of the world but allowed in Australia.

A new study provides further evidence of the damaging effects of BPA, the controversial compound used in the manufacture of plastic food and drink containers that is banned in most parts of the world but allowed in Australia.

Deakin University scientists are part of the international research team led by Professor Vincent Laudet at the Institute of Functional Genomics of Lyon (ENS de Lyon, CNRS, France) that has discovered a new pathway for bisphenol A (BPA) to spread through the body via a protein known as ERRγ (estrogen-related receptor), which plays an important role in metabolism. The involvement of ERRγ adds weight to the possibility that BPA could be a cause of obesity and diabetes.

"We know that there are links between BPA exposure and diabetes and obesity but we do not know how it works. With what we have discovered about this new receptor we may well have found the missing link," said Dr Yann Gibert, a researcher with Deakin's Metabolic Research Unit.

"Before now it was believed that BPA only affected estrogen receptors and therefore only had an impact on this hormone function. Now that we have found this new receptor we can expand the targets of further research to developmental effects and metabolism."

The results of this study, published in The Journal of the Federation of American Societies for Experimental Biology, add to the growing international evidence of the health risks associated with BPA, that include breast cancer, reproductive disorders, brain function and inner ear development.

"It is time for Australia to reevaluate the use of BPA and follow the lead of Europe, the US and Canada where the product is banned," Dr Gibert said.

BPA is commonly used in the production of plastic products such as baby bottles and food and drink containers. It can leak from the container and into the food or drink, particularly when heated. Current guidelines say it is safe to ingest up to 50 micrograms of BPA per day. However the science tells a different story and Dr Gibert says that these guidelines need to be revisited.

"As the current guidelines are based on the activation of estrogen receptors, we need to rethink the tolerable daily intake as BPA will induce effects at a lower dose than currently acknowledged. In Europe this is already happening with the intake soon to be dropped to 5 micrograms per kilo per day."

Results of this study have strengthened Dr Gibert's resolve to reveal the true health impacts of bisphenol A (BPA) and other bisphenol derivitives, BPS and BPAF.

The world-first research being undertaken by his team at Deakin's Metabolic Research Unit is exploring the metabolic effects of exposure to BPA, BPS and BPAF during embryo formation and development (embryogenesis), including those that cause obesity and diabetes.

"While BPA is banned in many parts of the world and in Australia there has been a voluntary move away from using BPA in baby bottles, the plastics industry has started using other bisphenol compounds," Dr Gibert explained.

"Noone has looked at the health impacts of these other bisphenols, which could be as dangerous as BPA. This is why we are including them in our research."

With funding from the Diabetes Australia Research Trust (DART), Dr Gibert's team in collaboration with Professor Laudet's group in France, is currently investigating the impact of bisphenols on fat metabolism and insulin secretion during embryo development, using zebrafish as a model.

Dr Gibert said it is unborn babies and infants that are most at risk of the effects of biphenols.

"Older children and adults have enzymes that protect our bodies from the effects of BPA. However embryos and babies have not yet developed these ezymes, making them highly susceptible to BPA," he explained.

"It is possible that exposure to bisphenols before birth could cause developmental issues that predispose children to obesity and diabetes, which is the focus of our current research.

"It has also been shown that BPA can accumulate in the placenta and pass on to the embryo. So while the pregnant mother is herself protected by the enzyme, it is her unborn child that is susceptible due to the BPA collecting in and passing through the placenta, leading to potential development issues in the foetus, issues that could carry with the baby throughout its life," Dr Gibert said. 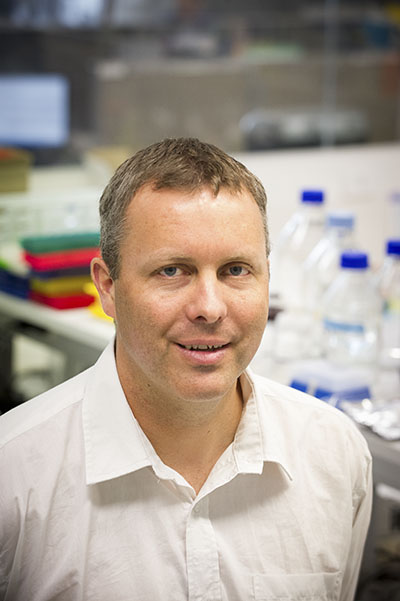 Yann Gibert believes it is time for Australia to reevaluate the use of BPA and follow the lead of Europe, the US and Canada where the product is banned