Suffering from a particularly bad hay fever season? The bad news is that it could have been prevented. The good news is you can still do something about it.

Pioneer of the pollen count, Dr Philip Taylor, a Research Fellow at Deakin University’s Centre for Cellular and Molecular Biology within the School of Life and Environmental Sciences, said if Melburnians were feeling like this was the worst hay fever seasons they’d experienced for a while then they would be right.

“Melbourne is full of grasses that cause allergic reactions in people, but it is the growth and spread of the pollen-containing grass by heavy rain and strong winds which causes the hay fever many of us are in the midst of now,” Dr Taylor said.

What made it even worse to swallow though, according to Dr Taylor, was that humans created the problem, through the planting of introduced pollen-rich grasses.

“Melbourne is the hay fever capital of the world thanks to large amounts of introduced plant species. What humans have done to the environment is the primary factor here,” he said.

“Then you add the city’s notoriously unstable weather to that and you get a double whammy. This year, May to October has been one of the wettest seasons on record so that is producing a lot of growth.

“Although globally we don’t have the highest pollen counts, I suspect that we have more pollen rupture here than anywhere else in the world.”

Dr Taylor, who has dedicated his long career to researching the causes of hay fever, helped set up Australia's first modern pollen count station in Melbourne in the 1980s. He then went on to set up several stations in North and South America, including at the world’s tallest research station, the ATTO tower in the central Amazon.

“Hybrid, fast growing grasses like these are now used everywhere,” he said.

“We’ve brought in European plants and subjected them to weather they did not evolve with.”

Dr Taylor said rye grass was the common denominator in 90 to 95 per cent of hay fever cases.

However, his solution is a straight forward one: replace introduced species with natives.

“The problem for so long has been that scientists were blaming pasture for producing these hay fever allergens, and therefore saying that there’s nothing we can do about reducing them,” he said.

“But that’s not actually true, my research shows that it’s what’s under our feet that’s causing the problem.

“While pastures are kept cut down by grazing animals, and therefore don’t flower or produce pollen, back yards and nature strips are often growing out of control with flowering grass.

“So I’m encouraging communities to plant back natives. This is a local issue and we can take control of it.”

More information on the Deakin AIRwatch pollen counting and forecasting facility can be found at: www.deakin.edu.au/students/faculties/sebe/les-students/airwatch 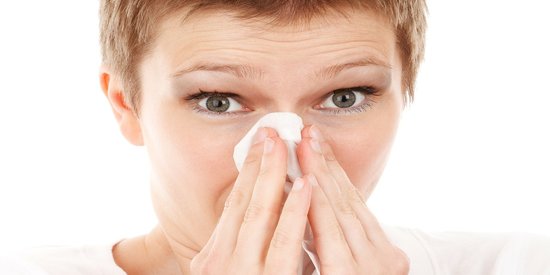