The heavy promotion of junk foods by Australia's biggest supermarket chains is encouraging poor dietary habits, particularly among shoppers living in areas of socioeconomic disadvantage, a new study has found.

Researchers from Deakin University's Global Obesity Centre in the Institute for Health Transformation found supermarkets promote soft drinks, chips, chocolates and lollies by giving these products more shelf-space, discounting them more frequently than healthier options, and placing them prominently in end-of-aisle displays and near checkouts.

Lead researcher Associate Professor Gary Sacks said the survey, funded by The Australian Prevention Partnership Centre, found that it was almost impossible to pay for groceries without being exposed to unhealthy food and drinks and 80% of end-of-aisle displays for food and drinks contained unhealthy items.

"The recent rush on products during the COVID-19 pandemic highlighted the central role of supermarkets as the main source of food for most Australian households," said Associate Professor Sacks, a Heart Foundation Future Leader Fellow.

"We also know that up to 35% of what Australians eat is considered unhealthy. If we are to improve Australian diets we need supermarkets to play a greater role in encouraging people to select healthy options."

The report identified that supermarkets can help Australians move toward healthy and nutritious diets by:

Researchers measured shelf space allocated to foods on display at checkouts, in end-of-aisle displays and the price promotions of healthy versus unhealthy foods.

"Aldi stores were less likely to promote unhealthy foods at end-of-aisle displays and checkouts compared to the other major chains, but there was little difference between Coles and Woolworths on key indicators of in-store healthiness," Associate Professor Sacks said.

"The extent to which unhealthy food is pushed at us shouldn’t depend on the suburb in which we live.

"Encouragingly, the two healthiest stores in the study were both independent stores with abundant fresh food, and few promotional displays for unhealthy food and drinks. That demonstrates that a healthier supermarket environment is possible.

"We need all Australian supermarkets to set higher standards relating to food promotion.

"If supermarkets and the processed food industry don't take action to improve their practices, then government should be ready to step in to ensure the supermarket environment encourages more healthy choices," Associate Professor Sacks said.

KEY FINDINGS: Inside our supermarkets: Assessment of the healthiness of Australian supermarkets 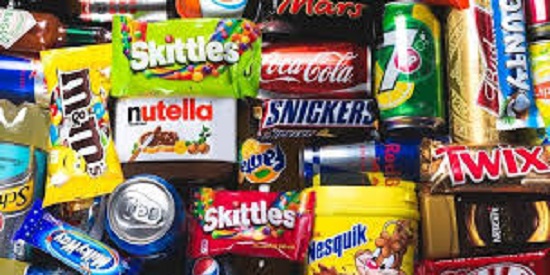