Too much salt leading to risk of overweight and obese children

Media release
29 February 2016
An Australian first study of primary schoolchildren by Victorian researchers has found that children eating greater amounts of salt have a greater risk of being overweight or obese.

An Australian first study of primary schoolchildren by Victorian researchers has found that children eating greater amounts of salt have a greater risk of being overweight or obese.

Of grave concern, the study also found that in both 4-7 year olds and 8-12 year olds, the prevalence of abdominal obesity was also higher in children with a higher intake of salt.

The recent findings published in the British Journal of Nutrition came from the SONIC (Salt and Other Nutrient Intakes in Children) study that measured salt intake in 666 primary schoolchildren aged 4-12 years.

Dr Carley Grimes, an Alfred Deakin Postdoctoral Fellow at Deakin University's Centre for Physical Activity and Nutrition Research (C-PAN) and lead researcher on the study, said they wanted to get an accurate measure of just how much salt children are consuming.

“Because we excrete most of the salt that we eat each day in our urine, we asked children to collect their urine for a whole day.  From this we were able to get an objective and accurate measure of how much salt children are eating.” This is the largest study of its kind in Australia and provides good evidence of just how much salt schoolchildren are exposed to.

“We found that 70 per cent of Australian children are eating over the maximum amount of salt recommended for good health”. “In this study children were eating on average 6 grams of salt a day, which is over a teaspoon, and they should be aiming to eat about 4-5 grams a day.”

”For every additional gram of salt children ate this was associated with a 23 per cent greater likelihood of being overweight or obese.  Such high intakes of salt are setting children up for a lifetime risk of future chronic disease such as high blood pressure and heart disease,” she said.

Dr Grimes said that a lot of the salt that children are eating is in everyday foods such as bread, cheese, ham and sausages.

“Foods that contain higher levels of salt may enhance the flavour of foods which are often also higher in fat and energy and a salty diet may also encourage greater consumption of high energy sugar-sweetened beverages when these are available.

“This study is ringing alarm bells as we now have good evidence to indicate the need to cut the amount of salt that our children are eating,” said Dr Grimes.

“It highlights the importance of salt reduction to reduce the risk of future chronic diseases such as high blood pressure and heart disease later in life,” said Prof. Jennings.

“As a national leader in research into the causes, treatment and prevention of cardiovascular disease, the vital research the Heart Foundation funds has never been more important, especially when it concerns the future health of our next generation,” he said.

Dr Grimes is now recruiting for a new study to test if an online education program can lower salt intake in primary schoolchildren.  The research team is currently recruiting primary schools to participate in the DELISH (Digital Education to Limit Salt in the Home) program and any interested schools can contact the project manager Anne Griffiths on 9251 7424 or delish_study@deakin.edu.au

C-PAN’s work in physical activity and nutrition is leading the world globally in numerous areas including research into disadvantaged communities, children’s health and healthy ageing.

Funding for the SONIC (Salt and Other Nutrient Intakes in Children) study was provided by the National Heart Foundation of Australia and a Helen MacPherson Smith Trust Fund Project Grant.

Whilst undertaking this study, Dr Grimes was funded by a National Heart Foundation of Australia Postgraduate Scholarship. 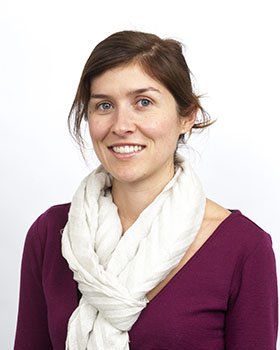 From mental health to mountain bikes, six start-up teams will showcase their world-changing ideas this week with the launch of SPARK Deakin's 2017 Accelerator program for budding entrepreneurs.

Deakin University has appointed four new high-profile business leaders to the position of Adjunct Professor on the Deakin Master of Business Administration.

Floods are more likely to impact the Australian economy than bushfires, a Deakin University analysis of the consequences of natural disasters has found.