A study published today in the Journal of the Academy of Nutrition and Dietetics is the first to assess intakes of Australian children from nine months to five years of age in comparison to Australian Dietary Guidelines.

The Victorian study found that while over 90 per cent of children met Australian Dietary Guidelines for fruit and vegetable intake at nine months, the number of children eating enough vegetables dropped substantially to less than 10 per cent by 18 months and stayed low after that.

The guidelines recommend that children under two years of age do not eat any discretionary or "junk" foods, and yet less than 10 percent of children were meeting this guideline.

By three and a half years of age, discretionary foods were providing on average more than a quarter of a child's total energy intake - a staggering 235 percent of the recommended upper limit.

Lead author Dr Alison Spence, from the Institute for Physical Activity and Nutrition (IPAN) at Deakin University, said this was concerning as it set children up for unhealthy food preferences and increased their risk of overweight and obesity.

"The food that children eat during early childhood, from birth to five years, is a key influence on their short-term health and can influence their weight and health into later childhood and even adulthood.

"The World Health Organisation has identified early childhood as a key life stage for nutrition promotion and obesity prevention. The 'first 1000 days' - from conception to two years of age - is considered a particularly crucial time for influencing lifelong health.

"Diets of young children are critically important for their current and future health and this study shows that they are missing out on key food groups like fruits and vegetables and eating too much junk food from an early age," she said.

Dr Spence said a further concerning finding was that children who ate more discretionary foods at nine months of age tended to also eat more of these foods as they got older.

"Introducing children to junk foods at a very young age, even in small amounts, may be linked with eating more junk food as a toddler and pre-schooler. This highlights the importance of foods introduced during the first year of life.

"This study also suggests that toddlerhood is a critical point for action, where children's food intakes really diverge from recommendations.

"We also need to help support parents and other child carers with practical strategies to encourage young children to eat sufficient vegetables and fruits, and limit discretionary foods, to set them up for a healthy future."

The abstract of the paper can be found at: https://www.ncbi.nlm.nih.gov/pubmed/29482964. A PDF of the full manuscript is available on request. 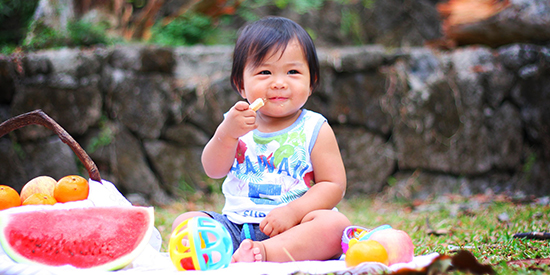