Recently published research from Dr Svetlana Stevanovic, a lecturer in Deakin's School of Engineering, found that half of the particles from solid burning mosquito repellents can end up in human lungs.

Dr Stevanovic said the key message was that products like automatic vaporisers, coils and incense sticks should be used sparingly, and always in well-ventilated spaces.

"They should be positioned as far as possible from people, especially children, whose shorter height and lower body weight can put them particularly at risk," she said.

Dr Stevanovic's study looked at solid repellents like coils and incense sticks, as well as electric liquid repellents and automatic vaporisers that plug into a wall socket. Her team analysed the organic compounds emitted into the air.

The study examined how the products would affect a 20 month-old, 21 year-old and 80 year old, focussing on their nose, throat and lungs.

Dr Stevanovic said more particles from solid repellents like mosquito coils reached the lungs than liquid repellents, which meant they were more toxic

"When you breathe in any particulate matter it stays on the hairs in the nose and can stay in the mucus, these act as different protection pathways before the lungs," she said.

"Particles in mosquito repellents are ultra-fine, which means they are small enough to penetrate deep into the respiratory system.

"They also stay in the air for a longer time, and that means they can become even more toxic. They have a larger surface area too, which means larger contact area in the lungs."

The work, recently published in the journal Building and Environment, was completed at a specially-equipped lab in China with the support of the National Science Foundation of China. But Dr Stevanovic said the results were still quite pertinent for Australian consumers, with similar products available for sale.

"We particularly look at formaldehyde levels for indoor air quality assessment, and when these kind of products are used inside with the door closed, they can produce emissions 200 times higher than the standard allowed limit," she said.

"Particles like these are classified as carcinogenic by the World Health Organisation, and long-term exposure can lead to cancer.

"But ultimately all the particles we breathe, regardless of their source, can cause inflammation of tissue, and can lead to respiratory problems like bronchitis or asthma."

Dr Stevanovic said there was little public awareness of how this kind of particulate matter in the air could affect human bodies.

"It's the same as regular incenses and scented candles, many of the same compounds can be found there too. So you really need to think about what you are burning and spraying in your house and how often," she said.

"Just because you can't see these particles that does not make them less toxic. I always tell people to be afraid of the things that are invisible." 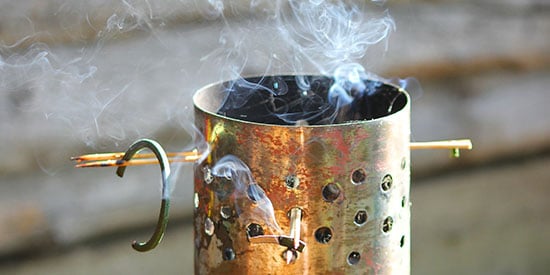 The stories that live within the minds of older Australians will be shared with younger generations using modern technology thanks to a new app being developed by Deakin University students.

University hopefuls across Australia are entering a new era of campus orientation events as Deakin unveils its first Virtual Open Day this Sunday from 9am to 4pm.