Why do our tastes change as we age?

From brussels sprouts and broccoli, to coffee and beer, there seems to be a smorgasbord of tastes most of us have to grow into.

So why do foods we turn up our noses up at when we're children become more appealing in adulthood?

Deakin University sensory scientist Professor Russell Keast says the answer is not that our tastebuds change, but we just learn to like it.

"We build up a taste for things through gradual exposure," he said.

"There’s a number of things we don't like when we first experience them but a lot of learning comes into it, that’s the critical thing when it comes to developing taste."

That's why Professor Keast, Director of the Centre for Advanced Sensory Science, in Deakin's School of Exercise and Nutrition Science, said it was important to try a food more than once.

"There can also be an opposite effect. If you have a night of binge drinking whiskey and become sick, the mere thought of whiskey the next day might be enough to turn your stomach. That's your body protecting you from something that might make you unwell."

So what about oft-disliked vegetable such as cabbage and broccoli?

"With vegetables specifically, we have had no reason to develop an overt liking response to them," he said.

"Plants were generally plentiful so we didn’t need an incentive to seek them out.

"In fact it was often that plant foods contained compounds that may be harmful so some more bitter foods, like brussels sprouts or olives, triggered natural protective responses long ingrained in our DNA.

"Bitterness and sourness is a warning that something is potentially harmful, and for our species’ survival taste has been critical.

"Now we have supermarkets with foods developed to our liking so we don't need these primal responses, but they are ingrained in our DNA and it will take thousands of years for them to evolve out."

Professor Keast said there were some bitter foods we now often consumed to excess, but there was a good reason for it.

"With bitter drinks such as coffee, or beer, we will drink them because they give us positive post-digestive consequences," he said.

"Coffee gives us caffeine which is mildly addictive and also makes us feel more alert. It's the same with beer, alcohol is addictive and can make us feel good."

Professor Keast said this showed that the consuming and liking of foods was about much more than just taste.

"Eating food or drinking a beverage is the only thing we do that involves all our senses, it is actually a multisensory experience that involves sound, sight, smell and feel as well as taste, all these can affect the way we experience food.

"So if you don’t like broccoli or cabbage, start to think about other strategies to create flavours you like, which is something that chefs are good at.

"By using other ingredients, or changing the appearance you are using a multisensory approach to minimise the not-so-nice tastes in the vegetables we should be consuming as part of a healthy diet." 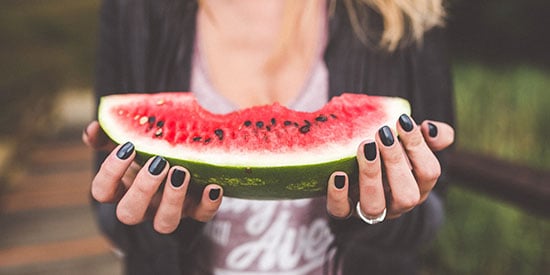