Why fencing farm dams is good for the climate

Farm dams are an ever-present feature in any rural landscape in Australia and worldwide, but they also emit extremely high amounts of greenhouse gases. However, new research shows that simply fencing and enhancing a dam can halve methane emissions.

These emissions are triggered by fertiliser and manure run-off, increasing nutrients and creating the ideal conditions to produce methane – a gas with 30-100 times greater warming potential than carbon dioxide. Nevertheless, these emissions are often ignored in national greenhouse gas inventories.

In their latest research, published in the prestigious journal Global Change Biology, Dr Malerba and Deakin's Blue Carbon Lab researchers collaborated with the Sustainable Farms team at The Australian National University and discovered that by fencing farm dams to prevent livestock access, reduced carbon emissions by fifty-six per cent.

"This is a huge difference and clearly shows that very simple management actions can drastically improve the dam water quality as well as decrease methane emissions, contributing to more productive and sustainable farming."

Surprisingly, this study found that farm dams with high dissolved oxygen can stop emitting methane and start absorbing greenhouse gases from the atmosphere. This means improving the condition of farm dams could turn these systems from carbon polluters to become a solution for mitigating the effects of climate change.

"These findings really should provide policymakers with the evidence needed to support dam enhancement," said Dr Malerba. "With the frequency of empty farm dams increasing two-to-five-fold since 1965, farmers are really doing it tough.

"We are working with the Clean Energy Regulator so that managing farm dams for avoided emissions could allow farmers to access financial incentives through carbon credits from the Emission Reduction Fund."

"Our team has been investigating how farm dam management can be enhanced to improve water quality for livestock consumption, provide habitat for wildlife and provide more reliable water during droughts. The discovery that the same management practices that improve water quality and help wildlife also decrease greenhouse gas emissions is exciting and highlights the co-benefits associated with adapting sustainable management practices on farms." 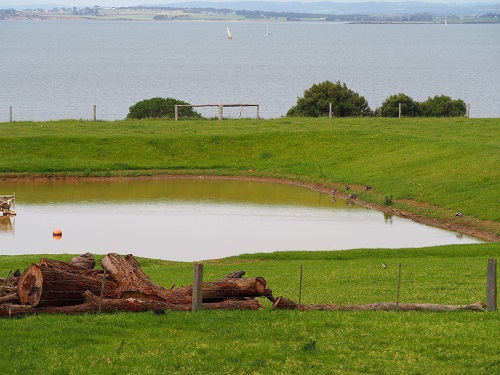