Despite reporting elevated levels of stress and anxiety through the COVID-19 pandemic, remarkably, Australians have maintained a relatively stable sense of wellbeing.

Report author, Associate Professor Delyse Hutchinson from Deakin University’s Centre for Social and Early Emotional Development, in the School of Psychology, said that “the findings speak to the resilience of the Australian community in the face of major stress and our adaptive capability as a society.”

Measured using nationally representative data, these results remain consistent with findings over the 20-year history of the Australian Unity Wellbeing Index, indicating that Australians have retained a strong sense of life satisfaction, despite the many challenges faced during the first national lock-downs.

Individual subjective wellbeing is closely associated with three key elements—financial security, strong relationships with others, and a sense of purpose in life—dubbed the ‘Golden Triangle of Wellbeing’.

Wellbeing is also influenced by people’s connectedness to their communities, good health and sense of personal safety and security about the future. Participants in the latest survey on COVID-19 reported high scores across each of these elements of wellbeing.

“Despite it being such a challenging year on so many fronts, most Australians have also been able to find some meaningful positives to draw on”, Associate Professor Hutchinson said.

One in three of the participants surveyed reported income-loss due to COVID-19 yet this did not appear to compromise quality family time. Improved work life balance and living more simply were also examples of the positives people reported during lock-down.

Associate Professor Hutchinson suggested that, “greater levels of gratitude and appreciation for the things we have in life might, in part, might be behind this remarkable picture of resilience in the Australian population as a whole. There is growing evidence from research around the world to suggest that values such as these can bolster our emotional resilience, enhancing our inner ability to combat stress.”

“Whilst many Australians have reported positives, it also remains a challenging time for many in the community who are more vulnerable due to pre-existing factors (potentially compounded by the pandemic), or as a result of challenges that have arisen as a direct result of the pandemic”, she said.

“The groups we identified with poorer emotional health and wellbeing include: adults with pre-existing low income, people who are unemployed and those who experienced significant income loss as a direct result of the pandemic, in addition to adults with poorer mental health.”

“We also found high levels of stress and more home life difficulties in dual and single parents with dependent children at home, and adults under 35 years studying full-time.”

Associate Professor Hutchinson said that “it is critically important that we continue to focus support on those who are most vulnerable in our population, who may be impacted by multiple stressors during the pandemic.”

As part of this task, Deakin University, in conjunction with Australian Unity, will continue to track the wellbeing of Australians over 2021-2023, monitoring any longer-term impacts on the community in relation to the COVID-19 pandemic.

Australian Unity’s CEO of Wealth & Capital Markets, Esther Kerr-Smith said “it was positive to see—during such a difficult period —people draw on inner resources including gratitude and empathy to support their own wellbeing and those of others but acknowledged that some parts of the community found this more challenging.”

“The pandemic has highlighted economic and social inequality across the globe and we know that those most socially and economically disadvantaged have an increased chance of contracting COVID-19 because of factors including: living in overcrowded accommodation, employment in occupations that don’t provide working from home options and unstable work and income conditions exacerbated by the response to the pandemic.”

“For the two decades Australian Unity has supported the Wellbeing Index we have consistently seen that financial wellbeing or economic empowerment is just as important as health, as a determinant of someone’s personal wellbeing score.” she said.

“As policy makers and the general public look to support our communities and one another through and out of the pandemic, the findings from the Australian Unity Wellbeing Index can play an important role in guiding resources to our vulnerable so they aren’t left further behind as a result of COVID-19”, Ms. Kerr-Smith said. 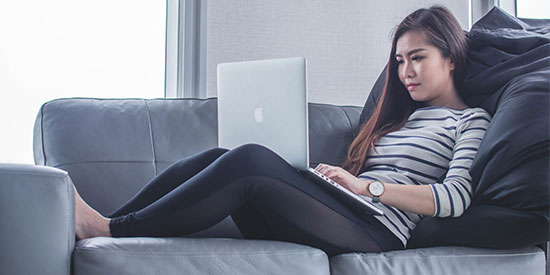 Marking its 20-year milestone, the Australian Unity Wellbeing Index, conducted in partnership with Deakin University, found both personal and national wellbeing scores were largely within the average range during 2020.