Developments in metadata analysis over the past decade have opened a huge window into entire systems, across towns, regions and countries.

Yet, big data expert, Alfred Deakin Professor Svetha Venkatesh, says that when it comes to benefitting from these massive data sources, accessing the metadata is the easy part.

Professor Venkatesh claims that for many governments, businesses, analysts and researchers, obtaining data has been compelling, “seducing us to believe that analysis will always empower us, but this is often not true, particularly when events are rare or predictions are poor.”

“Big data has vast potential in areas ranging from security, to health, finance, retail, politics or climatology, but we have found we need to look beyond the data - thinking laterally and creatively – if we are to solve problems with these data sources,” she said.

Professor Venkatesh is the Director of Deakin’s Centre for Pattern Recognition and Data Analytics (PRaDA), and will share her experiences with the public at the Smart Geelong Network’s 2015 Harrison Lecture for Innovation on November 12.

The lecture is named in honour of James Harrison, the first editor of “The Geelong Advertiser” and one of Australia’s original innovators - inventing the refrigeration process for creating ice, among many achievements.

The 2015 Barry Jones Medal will also be announced at the Lecture. Named after Australian Living Treasure, the Hon Barry Jones AC, this annual medal honours an individual for their efforts in promoting Geelong as a place of research and innovation.

The cutting edge activities taking place at PRaDA are a perfect example of the type of high tech innovation that is helping Geelong transition to a knowledge economy.

Led by Professor Venkatesh, PRaDA has become one of Australia’s leading research centres in machine learning and pattern recognition.

The Centre’s 29 researchers have developed programs that analyse large-scale data patterns in areas as diverse as security surveillance, social media and health.

Professor Venkatesh has published extensively - authoring 500 publications - and is a Fellow of the International Association of Pattern Recognition and the Australian Academy of Technological Sciences and Engineering.

With colleagues, she has filed nine patents that have led to start-up companies such as the award-winning iCetana, which uses video analytics to detect potential security threats in large data sets and is now used around the world.

The PRaDA team have developed several computational strategies for coping with initial failures in data collection or analysis. Unexpected challenges they have encountered include finding that events are too rare to provide accurate predictions, data sources that are inadequate, or analyses that don’t provide the solutions hoped for.

“We have often had to formulate new approaches to solving problems, when our original methods didn’t provide what we needed,” Professor Venkatesh said.

“However, big data has huge potential when we understand the need for sophisticated approaches. For instance, PRaDA researchers worked with Barwon Health to develop an artificial intelligence program that analysed hospital recordsto reduce the incidence of suicide around Geelong.

Actual suicide incidence was too rare to provide useful data. However, focussing on specific risk factors that occur more frequently, such as emergency hospital admissions or types of injuries, is helping us to identify those most at risk.

“The new program is twice as accurate as previous risk detection systems and is a model that could now be used across the globe.” 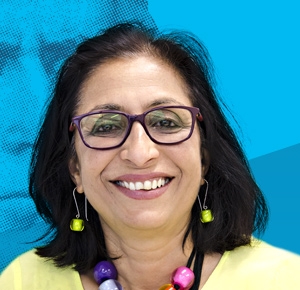 Professor Svetha Venkatesh will deliver the 2015 Harrison Lecture for Innovation.