As the world commemorates International Holocaust Remembrance Day, a timely national survey led by Deakin researchers has found almost a quarter of Australians aged 18 or older have little to no knowledge of the Holocaust.

‘The Gandel Holocaust Knowledge and Awareness in Australia Survey’  is the first and largest of-its-kind to help understand not just how much Australians know factually about the Holocaust, but also how aware they are of the catastrophe and its impact.

Commissioned by the Gandel Foundation, the survey asked over 3,500 Australians across states and territories to answer more than 70 individual questions. The questions asked Australians about their thoughts, experiences and understanding on everything from Australia’s connections to the Holocaust to the importance of Holocaust museums and memorials.

Survey responses were collected for the Deakin University researchers by the Social Research Centre, Melbourne, via their Life in Australia™ online probability panel and were also supported by the Advisory Group comprising of a Holocaust survivor and representatives from Yad Vashem, Department of Foreign Affairs and Trade, Sydney Jewish Museum, Melbourne Holocaust Museum, Executive Council of Australian Jewry, Gandel Foundation and a teacher who is an alum of the Gandel Holocaust Studies Program for Australian Educators.

Lead researchers Associate Professor Steven Cooke, Dr Donna-Lee Frieze and Professor Andrew Singleton all from Deakin’s Faculty of Arts and Education and Dr Matteo Vergani from the Alfred Deakin Institute believe there are important lessons to be learned from the survey.

The survey found almost a quarter (24%) of the population aged 18 years or older have little to no knowledge of the Holocaust, with that number rising to 30% among millennials. In reporting Holocaust knowledge, just over half (54%) correctly identified that the number of Jews murdered was approximately 6 million.

Despite Australia being home to arguably the largest number of Holocaust survivors per capita over 70% of Australians report they know nothing about the nation’s connections to the Holocaust.

Such events include the protest by Indigenous leader and human rights activist William Cooper against the Nazis’ Kristallnacht in Germany in 1938 as well as Australia’s stand at the Evian Conference – a pre-war meeting to decide what to do about Jews displaced by the Nazis – where Australia was one of several countries that refused to offer refuge. 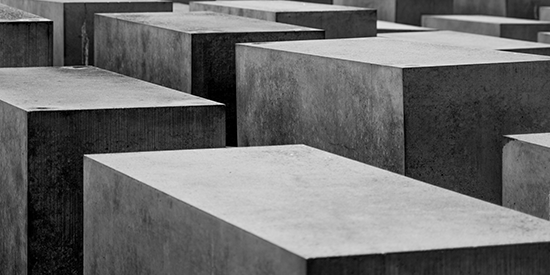 The survey also found that on average, people who have a comparatively higher level of Holocaust awareness have warmer feelings towards religious and cultural minority or disadvantaged groups such as Hindus, Muslims, and Buddhists as well as asylum seekers and Aboriginal and Torres Strait Islander peoples.

‘Not many people know about Australia’s hardline attitude towards Jewish refugees before the Second World War. How does knowing that history help us to, for instance, reflect on our attitudes towards asylum seekers today?’ Dr Cooke said.

Significantly, an overwhelming number of almost 9 in 10 of Australians strongly agree that we can learn lessons for today from what happened in the Holocaust.

‘In addition, the survey tells us Australians understand how valuable opportunities are to build knowledge and awareness of the Holocaust. We found almost two-thirds believed it should be compulsory for schools to teach students about the Holocaust,’ Dr Cooke said.

‘People tend to see the Holocaust as a tragic European event that happened far away. If we can illuminate Australia’s connections to the Holocaust, both good and bad, it will help enhance our knowledge and understanding of genocide more generally,’ Dr Frieze said.

The research team make several important recommendations in their report, including the introduction of a consistent and mandatory approach to Holocaust studies in schools across Australia, proper and accredited teacher training, the development of strategies to drive engagement with local Holocaust museums, ongoing research and more.

‘There is a lot of activity in Holocaust education, commemoration and research in Australia.  Australia joined the International Holocaust Remembrance Alliance as a full member in 2019, and this year we will once again hold a national commemorative service to mark the UN International Holocaust Remembrance Day. In addition, many philanthropic organisations such as Gandel Foundation support Holocaust museums and Holocaust education as well as various other exhibitions and programs.

‘Over the next few years there will also be several new, or significantly redeveloped Holocaust museums or educations centres in every state and territory in Australia.

‘We hope to see the survey repeated in five and then ten years to allow us to evaluate and compare the impact of Holocaust education on Holocaust knowledge and awareness – and on community attitudes’, Dr Cooke said.