Deakin University has entered a partnership with RCR, one of Australia’s leading multi-disciplinary infrastructure and engineering firms, for the development of a world-first robotics-driven target system, for use by armed forces in training to enable better accuracy.

The research engineers behind the unique technology, dubbed the OzBot Raider, will present the system to the Australian Army next month. The joint venture with RCR will enable the system to be commercialised globally, by allied forces.

“The OzBot Raider will enable armed forces to undertake validation and compliance testing of weapons without risk to personnel or any compromise in scenario realism,” Professor Nahavandi said.

“This is a unique system that has potential to improve weapon accuracy, which will translate to increased effectiveness.”

The system is currently undergoing field trials and is expected to achieve full readiness in coming weeks. RCR CEO Dr Paul Dalgleish said he looked forward to a productive relationship with Deakin.

“RCR has the financial, marketing and manufacturing capacity to work with Deakin University to take these robotic target systems to the defence marketplace,” Dr Dalgleish said.

“RCR is proud to be a high-tech Australian engineering firm which designs and manufactures equipment locally. We train and employ our own people to be highly skilled to produce world class equipment, so Target Bot and Oz Bot are exactly the sort of innovative products we are targeting.”

In a further strengthening of Deakin’s ongoing relationship with the Australian Defence Force, the University recently appointed Professor Saeid Nahavandi as the nation’s first Pro Vice-Chancellor for Defence Technologies.

Professor Nahavandi said his focus would be to lead projects to bring together the Australian Defence Force, defence industry representatives and academics to sustainable contributions in the defence and security domains.

“Deakin is renowned for driving transformation and investment in advanced manufacturing and this new appointment signals the University’s understanding of the innovation challenges facing the nation and its allies in defence,” Professor Nahavandi said.

“My role will be to build on the key part Deakin has played in Defence development for more than three decades, which began with the post-graduate accreditation of Australian Army's Command and Staff College courses in the 1980s,” he said.

“Deakin was the first university to receive funding under the Capability and Technology Demonstrator program to design and develop a haptically-enabled mobile robot, which is currently in use by a number of law enforcement agencies.

“Deakin has since been granted another Capability and Technology Demonstrator award in the field of Low-Cost High-G Centrifuge for pilot training.” 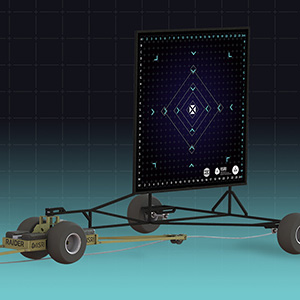 “Deakin is renowned for driving transformation and investment in advanced manufacturing."