The Director of Deakin’s Alfred Deakin Institute for Citizenship and Globalisation, Professor Fethi Mansouri, has called for contextualisation of the issues surrounding the sensationalised reporting of ‘African gangs’ in Melbourne.

Findings by researchers at Deakin University’s Alfred Deakin Institute (ADI) have shown that Australia’s project of a multicultural nation is put at risk by irresponsible reporting on marginalised communities.

“We need to steer away from the hysteria and culture of public fear that is being propagated by the media and politicians around African-Australian youths in the city of Melbourne,” said ADI Director, Professor Fethi Mansouri.

“The kind of racialised rhetoric that surrounds this issue is causing immense harm to the African-Australian community, who are all being labelled as criminals in response to the actions of a relatively small proportion of the population.

“Most Australians form their views on public issues, particularly those in relation to migration and diversity, from the mainstream media and political discourse. Simplistic, reductionist and negative reporting of African-Australian youths leads to whole communities being stigmatised to a point where it is acceptable for them to be publicly denigrated and ostracised,” Professor Mansouri said.

“We’ve seen this type of racially-based hysteria before when the culprits were Asian, Middle-Eastern or Eastern European rather than African. Yet much of the existing research evidence shows that there are no causal links between ethnicity and criminality.

“Yes, there might be recent spikes in recorded rates of crime among certain groups of the broader African-Australian youth community, but to view these statistical variations within a contextual vacuum is to completely miss the social and historical background of these particular communities.”

Professor Mansouri said the young people being targeted – predominantly from a Sudanese background – have themselves, or their families, experienced immense periods of war and civil unrest. Many live in low-income areas and often in single-parent families with no father figure.

“Above all else, the South Sudanese youth community has one of the highest rates of unemployment in Australia compared to any other social group, bordering on five times the national unemployment average,” he added.

“This does not justify crime in any way but calls for a more rational debate about how best to work with the African community to address this particular problem.”

Professor Mansouri pointed out that the current reporting on so-called ‘African crime’ has unfortunate parallels with prejudicial reporting of Australian Muslims.

A recent report produced by the Institute found that negative reporting of the Muslim community was identified by research participants as a major trigger of public racism and intolerance.

“On the other hand, improving media representations of young people from diverse backgrounds has been found to be the key to cultivating a sense of social inclusion, active citizenship and local engagement,” Professor Mansouri said. 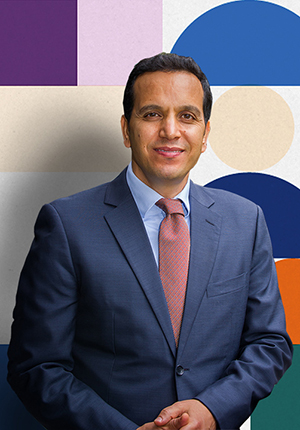 Professor Mansouri pointed out that the current reporting on so-called 'African crime' has unfortunate parallels with prejudicial reporting of Australian Muslims.