Research news
09 April 2015
A simple method might improve detection rates of autism in children as young as two.

In a test as easy as walking across a mat, researchers at Deakin’s Child Study Centre have made a breakthrough that will improve the way we currently diagnose Autism Spectrum Disorder (ASD)

Affecting as many as one in 68 people, ASDs are a group of conditions that cause difficulties with social communication, and may cause people to have narrow interests and repetitive behaviours, or to respond differently to taste, touch, sight or sounds.

Since 2006, researchers have understood that people on the autism spectrum exhibit different gaits and postures, yet they have been unable to assess very young children in a non-invasive manner.

Now, by adapting a high-tech mat containing electronic sensors that was developed to test for Parkinson’s disease in older people, the Deakin researchers have successfully measured the footfall and gait of children aged as young as two years, in a simple test that can be undertaken in a non-laboratory environment.

Director of the Child Study Centre, Professor Nicole Rinehart, explained that the pilot project involving 16 children focussed on creating a non-invasive method of testing gait, given the very young age of the participants.

“Parents of children at this age are at the most vulnerable stage,” she said. “They are only beginning the journey of understanding autism and what it will mean for their child.”

“Through an MOU partnership with Irabina Autism Services - the largest autism intervention service in Victoria - we put the mat and diagnostic equipment in a comfortable setting at Irabina Bayswater centre and seamlessly provided the test as part of the children’s normal visit.”

“There is no medical test, no blood test, brain scan, EEG or anything else that can diagnose autism,” she said. “Gait and posture are useful indicators, along with assessments by psychologists and other professionals, and could hold the key to improving clinical and diagnostic definition of ASDs.

“At this very young age, the new test will allow us to provide management and intervention strategies earlier - and improve the tailoring of treatment. We hope that the test will become commonly available to families on a wide scale within five years.

Prof Rinehart added that early diagnosis would help families make sense of what they were experiencing.

“We have found that when parents hear that gait problems are a feature of  ASD, they say ‘ah, now it all makes sense’,” she said.

Professor Rinehart explained that different sub-groups of people with ASD exhibit different gait patterns and postures because different parts of the brain are affected with each condition. For instance, those with more severe autism have a bouncy, variable gait, due to an impaired cerebellum; those with Asperger’s disorder have more postural differences, such as stooped shoulders and less arm movement; and, not surprisingly, those with ADHD walk faster.

The next stage of the research will be to undertake a longer-term study, measuring the gait of children with ASD from two to six years of age, to determine the stability of the gait pattern throughout early childhood and verify its value in diagnosis.

The research team has also nearly completed an NHMRC-funded project that saw researchers developing a method for measuring posture and gait through motion capture. This project has improved understanding of the “finger print” of movements, such as arm, hip and knee joint movements, within each sub-group of the disorder.

Professor Rinehart has worked with children as a clinical psychologist for a number of years and is the Director of Medical Research for Autism Victoria. She made the move to Deakin from Monash University only two years ago to establish the Deakin Child Study Centre and has overseen its flourishing.

The centre now boasts a world-leading team that is breaking new ground in autism research, and has contributed to the international adoption of “odd gait” as part of the clinical description of ASD in diagnostic manuals.

“The fact that we have a multidisciplinary team of 18 professionals from all relevant professions, including psychologists, child psychiatrists, neurologists, geneticists and physiotherapists, is helping us to contribute significantly to international understanding of autism,” she said.

The centre focusses on four main research streams for children with developmental challenges: improving diagnosis; developing novel interventions; developing new IT portals and tools for teachers; and improving access to mainstream sports. It will host a major conference for teachers in September this year - helping to bridge the gap between autism research and education. 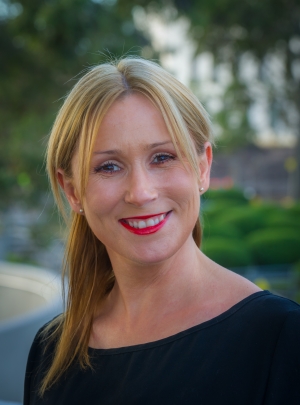