Some animals are 'shape-shifting' in response to climate change. Attracting global media attention, Deakin University ecologists have found that evolution is accelerating as animals seek to adapt. Changes in beak size in birds and in appendages such as ears or tails in mammals have been observed.

PhD candidate Sara Ryding, Associate Professor Matthew Symonds and their team from Deakin’s Centre for Integrative Ecology found that some warm-blooded animals are evolving in aspects such as beak, leg and ear size to adapt to hotter climates and better regulate their temperature.

Their research has attracted global media attention – spanning from Australia to New Zealand, Canada, the UK, the Netherlands, Sweden, Germany and Spain – and across many channels such as CNN, BBC, Sky Channel, USA Today, Washington Post, VICE, Sci Show, New Scientist and ABC radio, just to name a few!

For the study, the team reviewed previously published studies that had looked at change in animal body shape. By combining and synthesizing these different studies, the team found widespread support that animals are responding to climate change by evolving larger appendages.

Their review, published in the journal ‘Trends in Ecology & Evolution’, found that differences are particularly being observed in birds. For instance, several species of Australian parrot have experienced a 4-10 per cent increase in bill size since 1871, in correlation with summer temperature increases. Tail length increases in wood mice, and tail and leg size increases in masked shrews were also observed. Bats in warm climates were shown to have increased wing size.

"Animals can use their appendages to regulate their body temperature by letting go of excess body heat," Ms Ryding said.

“Climate change means that the world is changing at an unprecedented rate, so what we're seeing here is animals trying their best to keep up. While some species will adapt, others will not.”

The report notes that appendages have an important role in the regulation of body temperature through providing surface area for heat exchange, known as thermoregulation. Animals at lower latitudes, in warmer climates, have larger appendages (a pattern known as ‘Allen’s rule’).

The researchers predict that shapeshifting will continue as climates become warmer, particularly due to the thermoregulatory demands placed on animals. 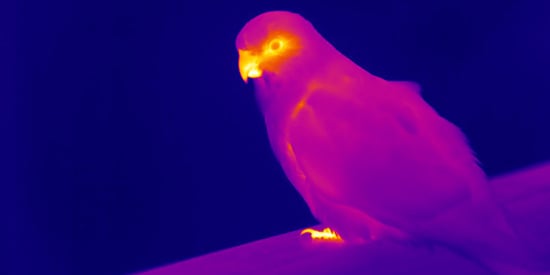 Thermal image of a king parrot (photo by Alex McQueen) 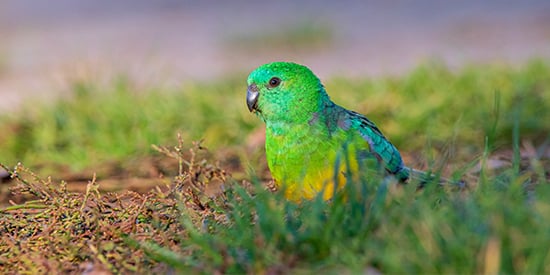 Marine scientist Dr Peter Macreadie may well be one of the busiest researchers in the country.