It was game on for undergraduate students across three countries when Deakin University’s School of Information Technology hosted an international virtual hackathon.

Held on 22 August, the ‘Game On!’ hackathon brought together Deakin School of IT students from Australia and India with students from Deakin partner universities Anhui University, Southwest University, and Inner Mongolia Normal University in China, who were taking part in a virtual study tour hosted by the school.

Usually study tours bring students from partner universities to visit Deakin in person, but with international travel restrictions in place, the School of IT hosted a virtual study tour to enable the students to discover more about Deakin and to engage with Deakin staff and students. As part of their virtual visit, the study tour students were invited to engage and collaborate with Deakin students in the hackathon.

Dr Xiao Liu is Associate Head of School (International) in Deakin’s School of IT.

‘The School of IT is always looking for innovative ways to strengthen the engagement between our current students and prospective international students,’ Dr Liu says.

‘The mini virtual hackathon event perfectly met such a demand by bringing together students from different partner institutes and with different cultural backgrounds and skill sets, such as programming and design, to spark some amazing ideas.’

From more than 90 applications, 37 undergraduate students were invited to take part in the online hackathon. They competed in nine teams, ranging from three to six members each, mixed so students could meet and work virtually with their peers from other universities as well as their own.

While almost all the students had never taken part in a hackathon before, each team was assigned an academic or industry professional mentor from one of the participating universities. Each group also had a Deakin student as a Team Leader, to help keep morale up and keep the teams on task.

The challenge was to create ‘the next viral mobile game’ for users aged between 15 and 35. Organisers chose the theme to guide students to ‘develop a creative idea, develop a user-centred design and a prototype with user play in mind’.

While organisers say they intentionally did not choose COVID-19 as the theme for the hackathon – to give students a break from pandemic concerns – they report most of the games were developed as a response to the pandemic. Students created fun games as a means of escape or to give the potential end-users something positive to focus on during lockdown and isolation.

The teams did not have long to work on their games – on the day they started at 11am and had to be ready to present their submission by 8pm. Each team had to submit a three-minute pitch video presenting a user persona, a user journey map, and a demo of their product prototype.

Submissions were judged on their innovation, creativity, prototype (developed with current technology and using technology in an interesting way), and viability (users will want to play the game).

Winners were selected for first, second and third, plus two special mentions. The team in first place proposed using augmented reality in an augmented reality (AR) game where users explore and learn about their community with a virtual pet. Other games included an AR Dodge Ball game where a user could play and exercise with other friends, and a game where the user plays as a cable company person trying to get to their customer’s house on time, needing to successfully play multiple mini-games to achieve their objective.

Professor Jean-Guy Schneider is the School of IT’s Deputy Head of School and was part of the judging panel.

‘I was involved in reviewing the outputs of the various hackathon teams,’ Professor Schneider explains.

‘Some of the prototypes developed were of a high quality considering the amount of time the teams had at hand and that the students had not worked together before, and two or three game ideas demonstrated some very creative thinking.

‘I was especially impressed by the modern take of the Tamagotchi game, influenced by the current COVID-19 situation. It would be nice if some of the ideas could be developed further into an actual running game prototype.’

This was the second virtual hackathon the School of IT has run for students in 2020. Earlier this year students’ skills were put to the test in the ‘Hack from Home: Productivity in Isolation’ hackathon.

Learn more about studying IT at Deakin. 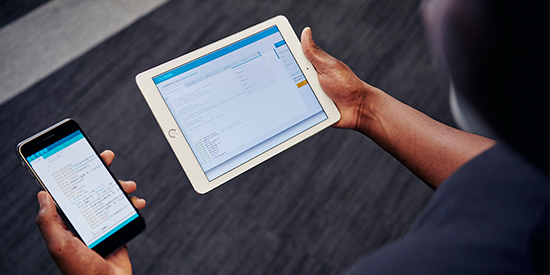