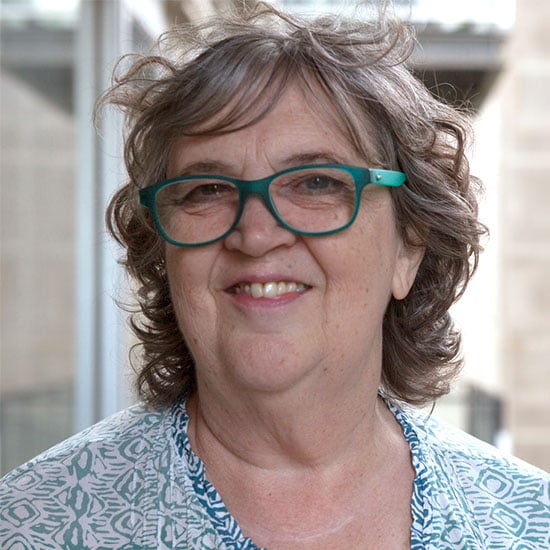 Moira Dempsey completed a Bachelor of Social Science at Deakin’s Warrnambool campus in 1978, when it was the Warrnambool Institute of Advanced Education. This experience led Moira to a wide-ranging career in teaching, before a terrible road accident in 1991 led Moira to a successful career in Kinesiology.

Moira was the first in her family to pursue Tertiary Education. Having left school at age 15, she returned to studies after realising that further education could broaden her career opportunities. She chose to study at Warrnambool Institute of Advanced Education (now Deakin’s Warrnambool campus) in the mid-1970s. Moira embraced campus life, joining the student representative council and helping to organise live music performances from bands like Midnight Oil, as well as attending meetings with then local Federal Representative, Malcolm Fraser.

‘I would book a time to meet him when he visited his constituent office. I would take along a list of questions from the Australian Union of Students. I was a bit impudent and I hope that I have learned to be less impertinent over the years’, says Moira.

After graduation, Moira went on to teach English and SOSE in the small Victorian town of Nhill, then internationally in Borneo and Singapore. These wide-ranging experiences have helped to shape Moira’s inclusive and generous world view, including a strong sense of social justice, empathy for others and the desire for a fairer and kinder world.

‘We need to have an understanding of those who are not like us, those who are unwanted, those who are escaping from wars started by people who have no care or interest in the welfare of people at all… I think that our society is better when we include more, not exclude’, says Moira.

Moira founded Rhythmic Movement Training International (RMTi), an internationally recognised organisation which educates kinesiologists and practitioners of other therapies in a reflex integration program, based on the innate movements an infant makes before and after birth.

She is a passionate advocate for the values of Kinesiology, having herself recovered from a serious road accident with the help of this therapy.

‘I was in hospital for about 2 months in total. The very first visit I made when I was able to get out was to my kinesiologist, and we started working on the imbalances caused in my system by the accident. I had been told by doctors and physios that I would never walk properly again and one leg would be shorter than the other. With kinesiology, in combination with therapeutic yoga, I was able to prove them wrong. My legs are the same length, and while I have never gotten 100% equilibrium back, it is mostly around 95%, which is far different than I was told by medical personnel’, says Moira.

Following her recovery, Moira began learning Kinesiology, focussing mainly on Educational Kinesiology. She then became interested in the role of retained primitive reflexes in learning and emotional difficulties and started to study reflexes. In 2003 she met Harald Blomberg, a Swedish psychiatrist, who had learnt about reflex movements from Kirsten Linde, a self-taught therapist in Sweden. Moira and Harald then worked together to create the Rhythmic Movement Training program, which has grown to include consultants and instructors in 30 countries.

Looking back on her broad experiences, Moira offers up the following advice. ‘Take chances. A mistake is just an opportunity to do something in a different way’. She also adds, ‘Don’t listen to talk back radio while you are driving.’