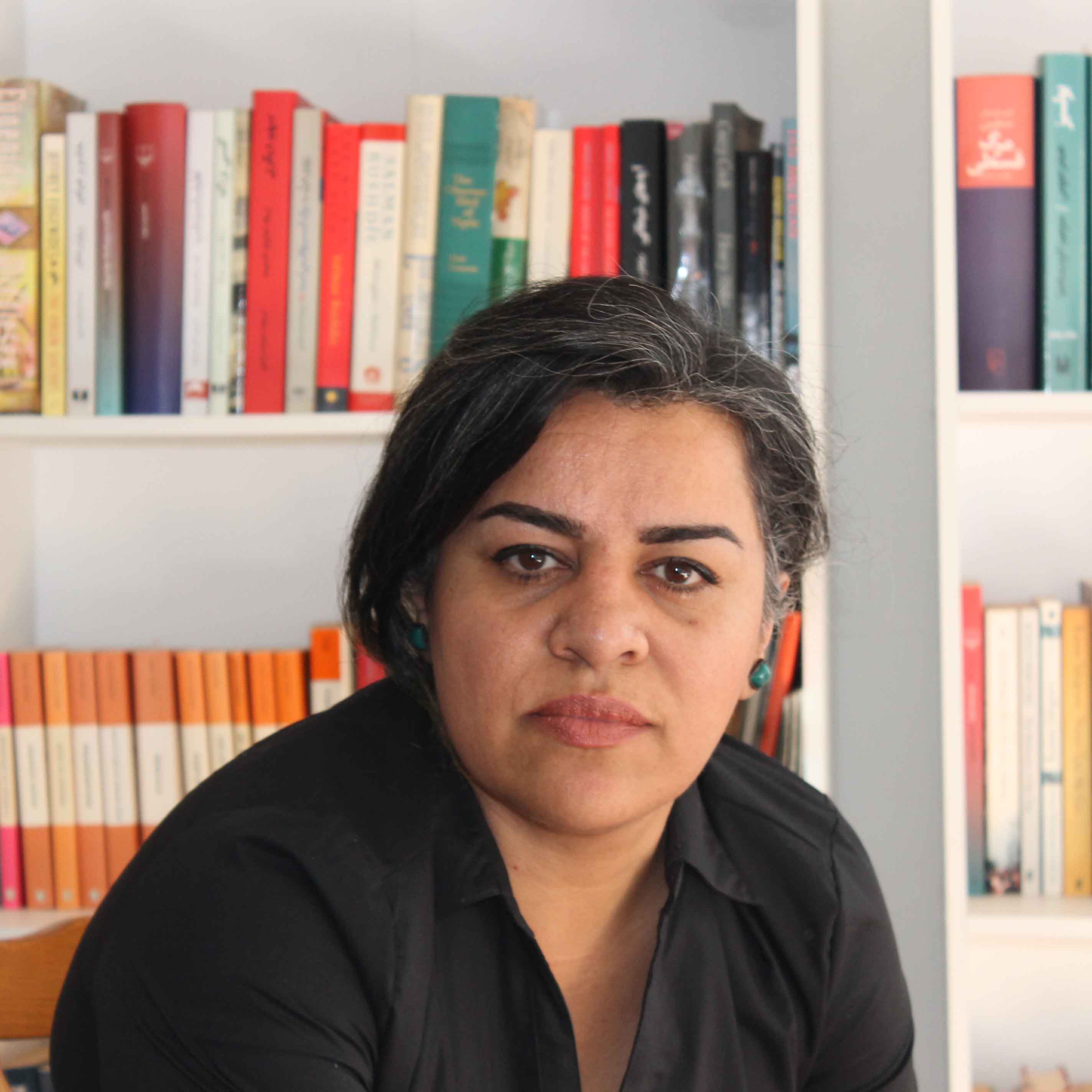 Deakin alumna Shokoofeh Azar weaves literary magic, and has been shortlisted for the International Booker Prize in the process.

Shokoofeh Azar worked as a journalist for many years in her home country Iran. She sought political asylum in Australia in 2011 after being jailed three times while covering stories about Iranian social and human rights issues. She has been shortlisted for the International Booker Prize for her debut novel, The Enlightenment of the Greengage Tree, which is set in Iran in the decade following the 1979 Islamic Revolution.

‘I always wanted to be a writer and grew up writing and reading as much as I could. I had written a children’s book and a short stories collection in Iran, and started the novel a few months after being released from the asylum seekers camp in 2012’, says Shokoofeh.

Written in Farsi and translated into English, Shokoofeh saw this novel as a way to express her emotion as someone who had lived in Iran for 40 years under the oppression of the regime, and to express the richness of the culture that she experienced.

‘Language and writing is my only tool to express myself. The novel is like everything that I know about everything’, says Shokoofeh.

After originally settling in Perth, Shokoofeh moved to Geelong and studied her Bachelor of Communications with Honours via Deakin’s Cloud Campus. While the language barrier proved a frustration, she found university to be very rewarding, and now hopes to study a PhD at Deakin.

‘English academic language is very different from the colloquial language. I had to get to know this language and use it properly during only one year when I was taking the Honours course’, says Shokoofeh.

‘Language barriers aside, I enjoyed studying online and being able to manage my own time. Everyone at Deakin has been very helpful, positive and encouraging’.

Shokoofeh feels a strong connection with traditional and classic Iranian literature, and this has influenced her style of writing, allowing her to deal with the deep themes explored in her writing in a novel way.

‘Studying mythological texts gave me the idea that magical realism literature is rooted in ancient literature and thoughts. Supernatural themes are very popular in Iranian culture, and magic realism provides a natural connection between traditional and modern literature. It’s the best style of writing for expressing emotion, allowing me to describe a feeling with many different images’, says Shokoofeh.

Shokoofeh hopes that her nomination for the International Booker Prize will help to draw attention to other literature translated from Farsi, and other translated literature more broadly.

‘The Persian language, which is about four thousand years old, is one of the few remaining ancient languages in the world. It deserves to have a voice in the world. As an Iranian writer, I consider myself indebted to this rich culture’, says Shokoofeh.

‘Those who read only the authors of a particular language are at risk of being behind the flow of thought and literature in the world. In Iran, we value translators and put their names on the cover of the book, under the author's name. In this way, we respect the translator’s efforts and emphasize that literature and thought are borderless.’

In her (limited) downtime, Shokoofeh loves to explore Victoria’s wilderness, and is a talented painter, again drawing inspiration from her Iranian heritage.

‘A fiction author, in my opinion, is not someone who only has storytelling skills. Storytelling skills are just a prerequisite. A fiction writer is a thinker, a creator of beauty, an analyst, a psychoanalyst and a pioneer. To achieve this, one must train the mind, heart and soul to observe, listen, feel, and understand as profoundly as possible. You have to have the courage to live differently. If we cannot think and feel differently, we cannot write differently.

‘In a word, being a fiction writer, to me, means learning how to look at ourselves and the world in a unique way. As Joseph Campbell says ‘follow your bliss”.

To encourage us all to read widely and from authors around the world, Shokoofeh has provided a short list of translated reading recommendations for our enjoyment:

Selected Persian classic literature:
The Conference of the Birds by Attar of Nishapur (translated by Sholeh Wolpé)
The Tawasin: (Book of the Purity of the Glory of God) by Mansur Hallaj (translated by Paul Smith)
Shahnameh: The Persian Book of Kings, by Abolqasem Ferdowsi  (translated by Dick Davis)