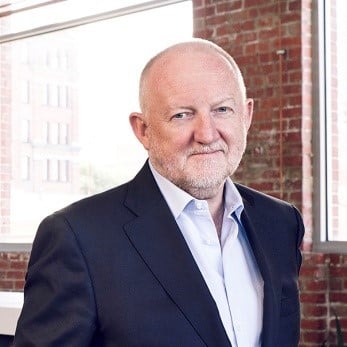 Tony Arnel is Industry Professor at Deakin University. He is an expert in the built environment and has been a sustainability advocate for more than three decades. He was one of the first architecture graduates at Deakin and now divides his time between the university, various boards and a consulting practice.

Over his distinguished career, he has worked in a variety of positions in state government, capital city government, the private sector and academia.

Tony was one of the early graduates of architecture from Deakin University in the late 1970s. He recalls the fledgling Waurn Ponds campus back in the early days which consisted of only a few buildings and lots of sheep in windswept paddocks.

'It’s a far cry from the modern, vibrant campus which exists today. It’s a surprising and happy coincidence that I spend quite a bit of my time these days at the same campus I walked into 40 years ago.'

Tony has been a long-term global leader in sustainable building and has received many awards and accolades including:

In recent times he has chaired the Deakin University School of Engineering Advisory Board, the School of Architecture and Building Board and the Australian Energy Efficiency Council.

Tony has recently been part of a research team testing personal wearable temperature sensors that detect COVID-19 symptoms in workers on construction sites.

Read more about the research.