Start with history, finish with a bright future.

Discover the tools and technology you need for success at the Geelong Waterfront Campus. Our cutting-edge research programs and custom-built facilities housing the latest technologies make it a vibrant hub for creating and innovating.

Located right on the seafront, in the heart of the city, the campus is an historical ode to classic architecture and design. Join this bustling community that’s close to transport, cafes, shops, parks and Eastern Beach.

Take an exclusive tour of the Geelong Waterfront Campus with nursing and psychological science student Joel, and find out how you can create and shape your future.

As Victoria’s #1 university for student support^ and satisfaction*, we put your study experience first. At Deakin, you’ll feel supported to achieve your best, and enjoy yourself in the process! Our student services and resources are designed to cover every area of uni life – study, work and play. 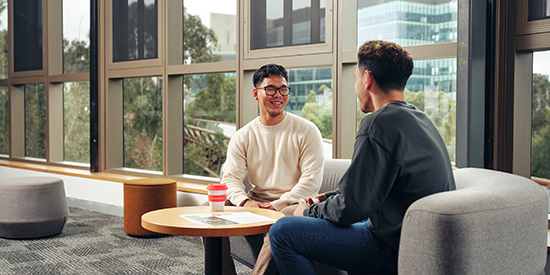 Your health and wellbeing is important to us – physically, mentally and spiritually. We have a range of services to help both students and staff stay healthy and safe, including medical centres, multifaith rooms, counselling services and disability support services. 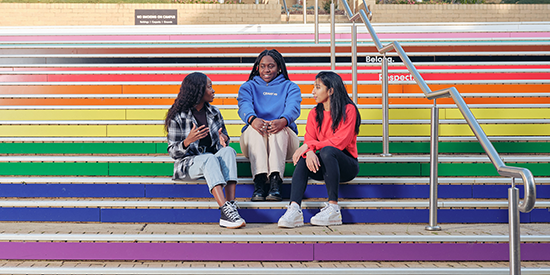 One of the best ways to meet new people and immerse yourself in uni life is to join a club or society. From sport, health and personal development to religious, political and course-specific groups, there's a huge range to choose from. 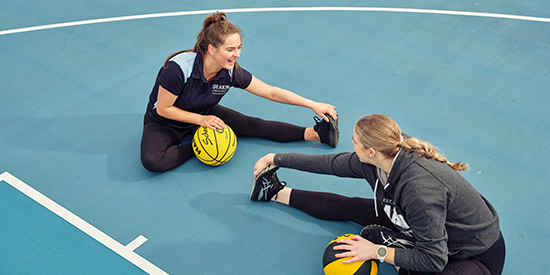 When it comes to sport and fitness our reputation matches our passion – it's one of our greatest strengths. From gyms and fitness classes, close to campus, to ovals, courts and stadiums at Waurn Ponds, there's an abundance of facilities to help you reach your wellness goals. 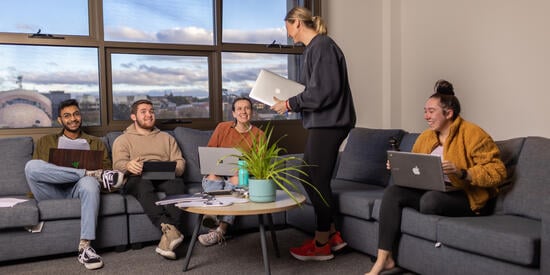 Our range of modern apartments across two architecturally significant buildings are located within close proximity to the Geelong Waterfront Campus. There's also 30 rooms available on campus exclusively for medical students.

Geelong Waterfront Campus at a glance 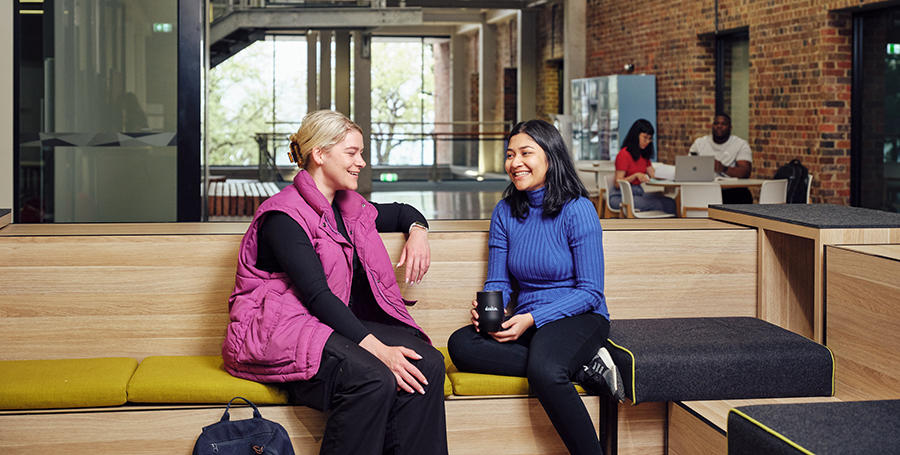 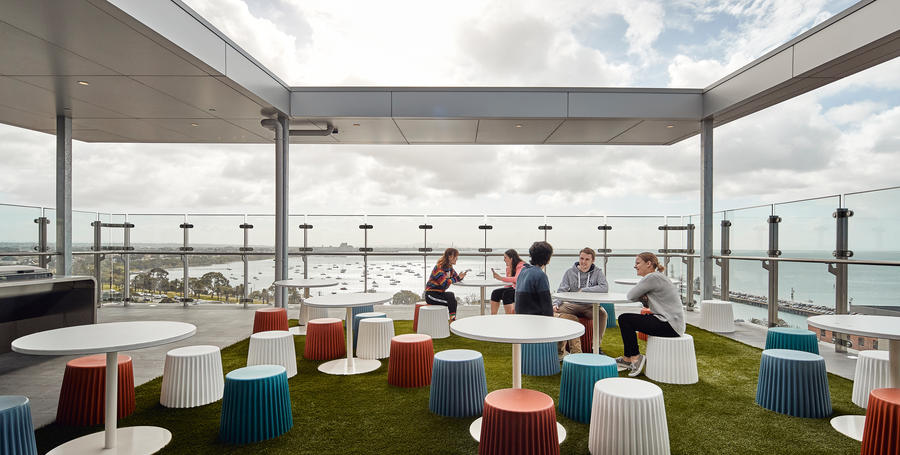 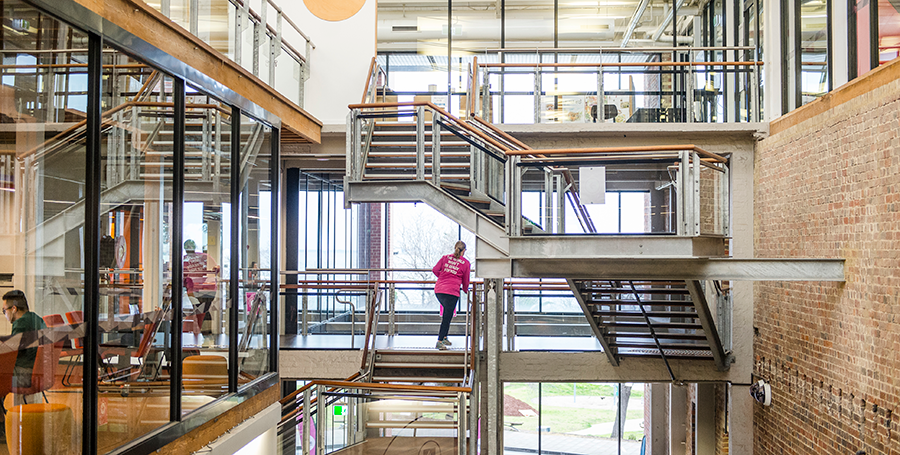 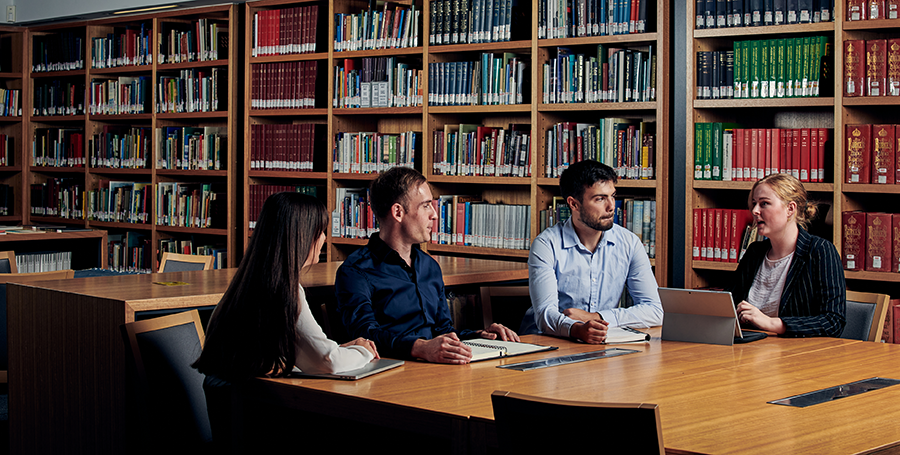 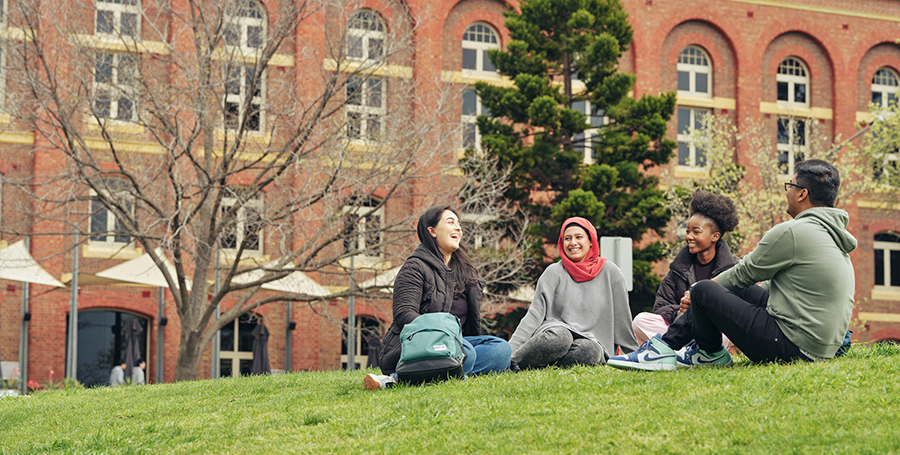 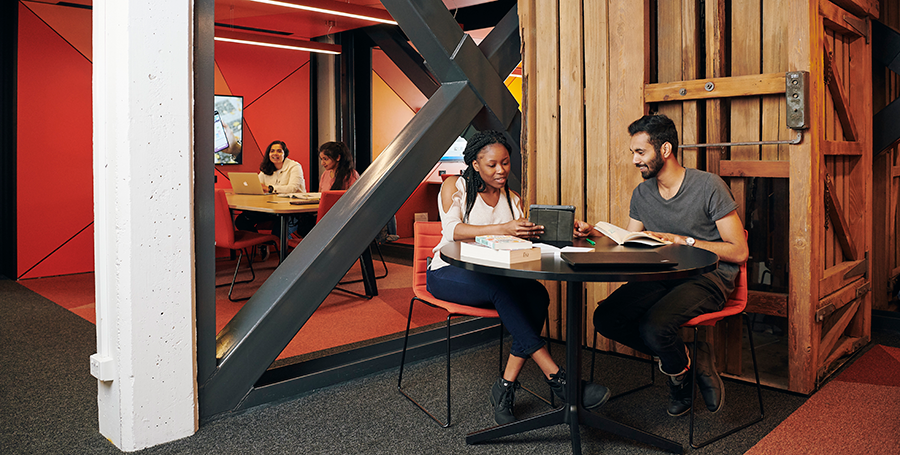 We make shopping straightforward, with all our campuses kitted out with a range of amenities for purchase. Whether it's for breakfast, lunch or dinner, there are plenty of great venues catering for everyone, including vegetarians and those on special diets.

We have a partnership with two local childcare centres located a short distance from the campus – Goodstart Geelong East and Goodstart Newtown. Children of Deakin students and staff are given priority for spaces.

We take safety very seriously at all our campuses, with 24/7 security officers and a SafeZone app for your phone.

Not only a great space to study but a hub of infinite physical and digital resources, including our helpful and dedicated library staff.

The Geelong train station is located just 400 metres from campus. V/Line trains operate throughout the day on the Geelong–Melbourne line and take just over an hour from the Melbourne CBD.

The campus is well-serviced by suburban bus lines that operate across Geelong and outer regions. The main bus interchange is located in Moorabool St – 700 metres from campus. However, there are a number of bus stops close by depending on your route.

It's approximately a one-hour drive from Melbourne's CBD, depending on traffic. Parking on campus is limited and requires a valid permit. Alternatively there's plenty of public parking options surrounding the campus.

While cycling all the way from Melbourne may be a little too adventurous for most (83kms along the Federation bike trail), there's lots of scenic routes in and around Geelong. On campus you'll find plenty of showers, change rooms, bike racks, lockers and a secure bicycle cage.

We provide a free carpool matching service for students and staff. If you're giving someone a lift to campus, you can also use the carpooling car park.

There are two free bus services operating in Geelong exclusively for Deakin students and staff.

Waterfront express
The first bus departs Try Boys Basketball Stadium in Ryrie Street, East Geelong at 7.30am, with the last bus departing from the Geelong Waterfront Campus at 6.15pm. The service runs a continuous loop Monday to Friday – approximately every 30 minutes.

While you're on campus

A striking contemporary and experimental exhibition space managed by staff, students and volunteers from our creative arts department. The Project Space showcases works from both our students and the wider Geelong community.

Explore your campus the old-school way. Print it out or download a copy to your phone. Either way, you'll have a handy campus guide at your fingertips.

Most of our buildings are wheelchair-accessible and have lifts, accessible toilets and automatic doors. We're continuously working to improve the accessibility of all campus facilities.