A Deakin University study has revealed major differences in the sentencing of Indigenous offenders and highlights ways to reduce discriminatory sentencing practices.

In an article published in the journal Law and Inequality, Deakin Law School professor Mirko Bagaric examines the worldwide phenomenon that people from disadvantaged backgrounds are convicted of more crimes and sentenced to imprisonment more than other people, with specific focus on the situation in Australia and the United States.

“There are many problems that Prime Minister Tony Abbott would have become better acquainted with while spending time in remote Indigenous Australia recently. A key one is the appalling treatment of Indigenous Australians by the sentencing system,” Professor Bagaric said.

“Aboriginals living in Australia in 2015 are 12 times more likely than non-Indigenous Australians to be imprisoned. This is nearly a 100 per cent increase since the Royal Commission into Aboriginal Deaths in Custody over 20 years ago spent more than $400 million to address the problem.

“The discriminatory sentencing practices that resulted in this human rights disaster continue to go unabated. More government inquiries and more money won’t fix the problem – at least not quickly. But there are clear, hard reforms that can be readily implemented within the sentencing system to significantly lessen the problem.”

Professor Bagaric believes that the solution to the link between poverty and imprisonment rests in disregarding prior convictions and giving sentencing discounts to disadvantaged offenders (for certain crimes only).

“Disregarding prior convictions and conferring a significant sentencing discount will not cure the ills that make it more likely that Indigenous offenders will commit crime (it is a world-wide phenomenon that people from poor and disadvantaged backgrounds commit more criminal offences than the well-to-do),” Professor Bagaric writes in Law and Inequality.

“Indigenous offenders may still appear in court more frequently than other offenders, but their sentence would be determined on the basis of the instant offence, not according to other (irrelevant) factors.

“This will often mean the difference between imprisonment and a fine, for Indigenous Australians - and indeed many other Australians with criminal records.”

To put the first part of the solution (disregarding prior convictions) in context, Professor Bagaric explains the differences between Indigenous and non-Indigenous offending patterns and sentencing approaches.

“Hence we have a situation where Indigenous offenders are grossly over-represented in jails. This strongly suggests that there are discriminatory influences in the sentencing process. Clearly the situation needs to be improved and ultimately remedied.”

The two main considerations during sentencing are the seriousness of the crime and the offender’s prior criminal history. Depending on one’s ‘priors’ the penalty for the same offence can often mean the difference between a fine and a term in imprisonment, Professor Bagaric explains.

“The problem faced by many Indigenous offenders is that given that they are over-represented in prison, they are more likely to have prior convictions. As prior convictions serve to aggravate sentence severity, this means that Indigenous people are punished more heavily (in terms of receiving another prison term) than other offenders who have committed the same offence. This is grossly unfair and is in fact discriminatory.

“Each time a person is sentenced for an offence, they should be sentenced for that offence only, not for what they have done in the past - they have already been punished for this. To do otherwise is involves either punishing a person for their supposed ‘character’ (which is far too nebulous a commodity to justify inflicting pain on a person through the process of criminal sanctions) or double punishment.”

The second reform Professor Bagaric recommends is to give a sentencing discount to Indigenous offenders.

“The system already provides discounts in order to advance public policy objectives, such as a 25 per cent discount to offenders who plead guilty, in order to encourage more guilty pleas to save the community costs associated with conducting trials. This can increase to 50 per cent if an offender provides information to police which assists them apprehend co-offenders, used to encourage offenders to cooperate with authorities,” he said.

“The imperative to reduce Indigenous incarceration numbers is far greater than the need to cut court costs or catch a few extra criminals.

“Indigenous Australians are the most disadvantaged group in the community. Disadvantage limits opportunity and choice and often leads to rebellious behaviour. This entitles Indigenous Australians to more lenient treatment at the sharp end of the criminal justice system. Discounts should be applied not only to reduce prison terms but also when determining whether the offence warrants imprisonment in the first place.

“It should be noted that the proposed discounts would not apply to serious sexual and violent offences, the devastating effect that these offences often have on the lives of victims, plus the fact that all people (no matter how poor) are aware of the heinous nature of such crime, militates against a sentencing discount for these offences.”

Professor Bagaric says it is a cause of national shame that as a community we increasingly reserve the harshest sanction in our law system for the most disadvantaged group in the community.

Professor Mirko Bagaric’s article, ‘Rich Offender, Poor Offender: Why It (Sometimes) Matters in Sentencing’ is published in Law and Inequality (University of Minnesota, 2015). 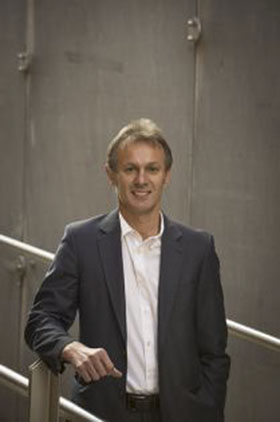