Leading expert on migration, diversity and intercultural relations, Alfred Deakin Professor Fethi Mansouri has been elected a Fellow of the Academy of Social Sciences in Australia (ASSA).

Founding Director of Deakin University's Alfred Deakin Institute for Citizenship and Globalisation, Professor Mansouri said it was a great honour to be acknowledged by his professional peers for making a sustained and internationally distinguished contribution to the field of culture and diversity.

"This is more than a personal honour but rather a responsibility to continue research that has inherent academic excellence and intrinsic social value to communities locally, nationally and globally," Professor Mansouri said.

Professor Mansouri is one of 38 of Australia's leading social scientists to be elected as Fellows of ASSA in 2020. Established in 1971, the Academy brings together more than 700 of Australia's most distinguished researchers and professionals across the social science disciplines to advance research and policy formulation.

Professor Mansouri's significant multi-disciplinary body of research has led to new ways of thinking about diversity and intercultural relations as they relate to inter-personal relations, social inclusion and cultural rights of minorities  in Australia and internationally.

His pioneering research on forced migration and asylum seekers has enabled a deeper understanding of the various social impacts of policy and discourse in Australia and throughout the world.

Professor Mansouri’s research has been supported by many Australian Research Council grants including currently a Discovery Project examining the situated development of transcultural capital among migrant youth and a new Linkage project mapping the provision of social services to multicultural communities in contemporary Australia. His previous ARC projects on diversity and intercultural relations in schools and local councils respectively led debate about how to optimise social conditions for intercultural conviviality and social empowerment.

Professor Mansouri is the author of 18 scholarly books, including the 2004 'Lives in Limbo' co-written with Michael Leach which was recognised through the 2004 Human Rights and Medal Awards and his 2017 manuscript on ‘Interculturalism at the Crossroads' which was launched at the UN in May 2017.

Professor Mansouri has since 2013 held the UNESCO Chair in comparative research on cultural diversity and social justice and is the editor of the leading journal, the Journal of Intercultural Studies.

A video introducing the newly elected Academy Fellows is available here and full profiles can be found at: www.socialsciences.org.au/2020fellows/

An online event featuring brief presentations from each of the new Fellows will be livestreamed on Facebook on 25 November, 4:30-7:00pm AEDT. More information at https://socialsciences.org.au/events/2020-new-fellows-presentations/ 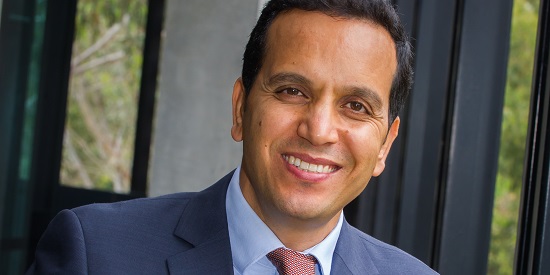