The findings of an Australian-first study suggests many Australians are unwittingly eating their way to chronic ill-health by choosing ultra-processed foods that are often wrongly marketed as healthy.

The study, led by Dr Priscila Machado from the Institute for Physical Activity and Nutrition (IPAN) in Deakin University's School of Exercise and Nutrition Sciences, has found a strong link between Australians who eat large amounts of ultra-processed food and rates of obesity.

"Nearly half of what Australians eat is ultra-processed but the health impacts of this type of food have rarely been studied in this country," Dr Machado said.

"This is the first study in Australia to evaluate the association between ultra-processed food consumption and obesity and it not only confirms international findings but provides a uniquely Australian perspective on the threat to national health outcomes.

"People generally acknowledge that junk food is bad for us but what is less understood is that ultra-processed foods also includes many everyday food products that we eat believing they are good for us.

"These foods contain cheap ingredients (sugars, oils and starches) with various additives (colours, flavours and emulsifiers) to imitate the taste, smell and appearance of the whole food.

"The ingredients often go through a series of industrial processes in which very little real food remains but they become highly palatable so people overeat them.

"A good way to spot these foods is by reading the ingredients list on the labels. If you find a long list of chemical-sounding names, it is likely to be an ultra-processed food.

For her study, Dr Machado used data from the National Nutrition and Physical Activity Survey, part of the most recent Australian Health Survey, which looked at the eating habits of more than 7000 Australian adults aged 20 and older and typical health indicators such as height, weight and waist measurement.

The findings of the research team which included Dr Julie Woods from Deakin University and researchers from University of Melbourne, University of Sydney and Brazil's University of Sao Paulo have been published as Ultra-processed food consumption and obesity in the Australian adult population in the journal Nutrition and Diabetes.

Dr Machado said she hoped the findings would support new approaches to tackle the harms of ultra-processed food consumption in Australia and globally. 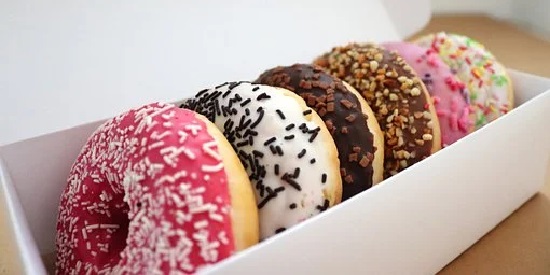