The Victorian Government should consider changing its policies rather than building more jails to turn around that state’s crime rates and prison overcrowding, according to a Deakin University criminology expert.

“There is currently a significant problem with overcrowding in Victorian prisons but this is not because more crime is being committed,” Dr Ryan said.

“Rather it is linked to changes in Government policies around the provision of bail and remand, mandatory sentencing practices, reduced access to welfare for young people and inadequate post-release support for offenders.

“This overcrowding is evident in the entire justice system, and is likely the cause of the unsettled behaviour we have seen recently, particularly in our juvenile justice system.”

Dr Ryan, who researches policing and criminal justice, said that Government policies reflected a reliance on jail as a short-term, vote winning response to vast social problems which result in criminal activity.

“There is little evidence to support imprisonment as an economically rational or effective way to reduce crime – history shows us this clearly,” she said.

“If imprisonment worked to deter or prevent crime surely there should be virtually no crime after 250 years of building prisons to punish people.

“Altering policies to reflect our vast knowledge about the root causes of offending, such as socio-economic disadvantage, family violence, drug and alcohol use, would go a long way to helping us towards a society where building more prisons was not seen as an effective way to address the very broad problem of crime.”

Dr Ryan acknowledged that there was a place for prisons in dealing with those who committed serious crimes and posed a threat to the community, however she said many people could be more effectively handled in other ways.

“It remains the case that public safety is an imperative and some people pose a risk that requires their incarceration so it is likely that we will always need to provide secure environments for dangerous offenders,” she said.

“However harsh conditions and extreme control characterise prison environments in Australia and the evidence is clear that this approach does little to rehabilitate or reintegrate people back into society.

“Rather, we see a kind of revolving door where people go in and out of jail, marred by criminal records which make stable housing and good jobs difficult to attain. Prison in this context produces a pipeline of people who are not welcome in society and stay forever at the margins.”

Dr Ryan said that as many offenders as possible, especially young offenders, should be kept out of prison because of its harmful effects. She provides the following diversion options to help keep people out of prisons: 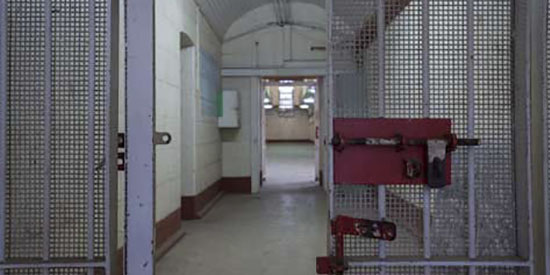 Deakin University has partnered with the Victorian Government to deliver a new graduate course designed to increase the number of qualified maths and science teachers available to teach in state secondary schools.