Conflict and chaos could lead to better business outcomes: Research

New research from Deakin Business School shows lack of conflict in the boardroom may be a significant factor contributing to poorer quality decision-making with potentially fatal consequences.

Associate Professor Podolski said the evidence suggested that as a society we should learn to be more tolerant of conflict and the bruising process of making tough decisions.

“Companies where the board of directors is more likely to be in agreement are more likely to make short-sighted, idiosyncratic and extreme decisions which lead to greater outcome variation and contribute to collapse and bankruptcy risk,” he said.

“Companies whose board members are more likely to voice dissenting views will also explore a wider array of possibilities and be forced to work towards a consensus. Although boards that promote disagreement will be more chaotic and unpleasant in the short-term, our research shows their decision-making process will be significantly better and more profitable in the long-run.”

Associate Professor Podolski and his colleagues conducted their study by analysing boards with high levels of “co-option”—where a greater number of directors have been appointed after the CEO assumes office.

“Co-opted or ‘captured’ boards are assumed to be associated with a lack of independence, since co-opted directors are more likely to owe their allegiance to the CEO who was involved in their initial appointment,” he said.

“Co-opted boards debate and contest decisions less rigorously, and we find that co-opted directors are more likely to miss a large portion of board meetings, propose fewer agenda items, and are more likely to make recommendations in favour of management proposals.

While the paper focuses on corporate outcomes, Associate Professor Podolski said the findings could be applied to other group dynamics.

“For example, a natural conclusion would be that the tendency of governments to stifle debate when dealing with a crisis can be counterproductive in the long-run,” he said.

“Think about how, in the wake of COVID-19, most Australian states rushed to enact emergency powers. This allowed them to avoid the drawn-out process of parliamentary debate during a major crisis, but it also sidestepped a process of conflict and disagreement that could have led to better thought-out and more deliberate outcomes.

“Although entertaining a vast array of viewpoints is difficult—and engaging in drawn-out and robust debates is undoubtedly less comfortable than quickly agreeing to a course of action—the consequences of avoiding conflict are potentially catastrophic.” 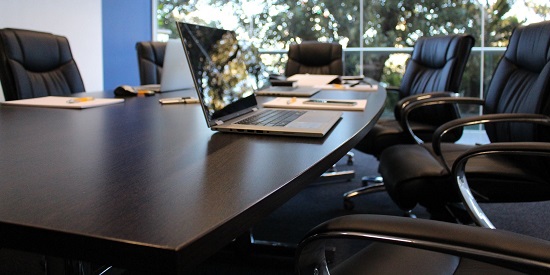