Deakin sports scientist Dr Dan Dwyer and PhD candidate Chris Young, from Deakin's Centre for Sports Research, have developed a set of measurements that represent teamwork and its influence on winning or losing AFL matches.

The measurements, part of a new study – published in the International Journal of Performance Analysis in Sport – were developed from watching 1516 AFL matches over eight seasons using Social Network Analysis (SNA) to see how teamwork and collaboration impacted on the outcome of games.

The Deakin study is the first to apply SNA to real data collected during football matches and the largest study using the analysis in sport.

Mr Young said that while coaches know that good teamwork is vital, SNA provided an opportunity to objectively evaluate the characteristics of teamwork.

"Some coaches may wrongly believe that analysing technical performance by assessing match aggregate statistics is the only way to understand how to win games," Mr Young said.

"But after analysing hundreds of matches, we found there were differences in the characteristics of the passing networks between teams that won and lost matches.

"We identified the characteristics of effective teamwork – knowledge that can be used by coaches to set benchmark values for key tactical performance indicators."

The most important tactical measures of teamwork measured by the Deakin team included effective passes, whether passes are evenly shared among the whole team and the average number of players involved in a sequence of uninterrupted passes within a team.

"We know that the most successful teams work well collectively, and that coaches know and encourage this, nonetheless using SNA is a tangible way coaches can analyse what is happening and in what areas teamwork needs to be improved," Mr Young said.

"It will help coaches by removing the guess work about what constitutes optimal teamwork." 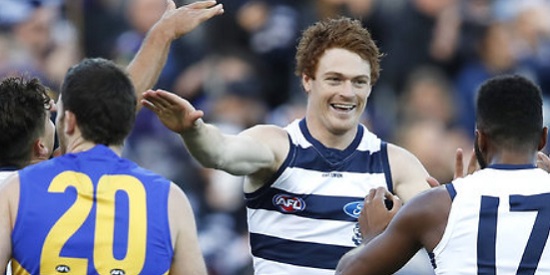 A new study has revealed why personality is a major predictor of human happiness by identifying the character traits most likely to lead to personal wellbeing.