If all Australians met dietary and physical activity guidelines equally, there would still be far more people dying of heart disease in the country compared with the city, according to new research from Deakin University's Institute for Health Transformation.

The study looked at the most effective lifestyle changes to reduce the number of deaths from heart disease - Australia’s biggest killer - and found if everyone could meet the recommended fruit and vegetable intake that would see the biggest decline across the nation.

But the study's lead author Dr Laura Alston - recently named one of the a World Heart Federation's Future Leaders for her work in rural heart health - said the data showed no matter what lifestyle targets were met, a larger proportion of people in regional areas would continue to die from heart disease.

"If you live outside of a major city you're 23 per cent more likely to die prematurely from heart disease, which equates to about 37 extra deaths per 100,000 people," Dr Alston said.

"This is often put down to the fact that the average person in a regional area has a poorer diet than their city cousins. But with our study we wanted to really drill down to see how much of a difference lifestyle factors could make in closing that gap, and we found that while they do go some way, an inequality remains."

By modelling data from the Australian Health Survey and adjusting for differences in population size, Dr Alston's study showed that if all Australians met the same dietary and physical activity targets, 118 regional Australians would die from heart disease for every 96 deaths in a metropolitan city.

"So that gap would be reduced by 40 per cent, which is a significant effect and certainly shows the importance of lifestyle factors to reduce heart disease mortality across all population groups," Dr Alston said.

"We know it's critical to have an environment that promotes access to a large range of healthy food and encourages physical activity. Lifestyle factors are crucial, and while they don't close the city-country divide, they do reduce it. But when we crunch the numbers that's still an extra 22 deaths per 100,000 people in regional areas, and it's something we need to be paying attention to."

"Often we hear the message that if we could all meet these benchmarks then rural populations would be just as healthy as those in the cities," Dr Alston said.

"But there's so much more to this issue than rural lifestyles. What our data shows is that even if those in our regions ate according to dietary guidelines and did as much exercise as possible, they would still be worse off when it came to death from heart disease.

"There needs to be more research into the factors behind this health gap. Our study didn't look at why exactly it persisted, but it's possible the issue may lie with isolation, stress, and access to healthcare, affordable medications, and GPs.

"We need to look at the bigger picture, beyond a focus on people meeting individual guidelines. We need to better understand the important environmental factors too, so no matter where you live it's a health promoting environment."

Dr Alston said it was important to identify which risk factors should be prioritised to make the biggest difference in preventing heart disease in future generations.

"What our study shows is that while there are some universal priorities when it comes to lifestyle factors, such as increasing fruit and vegetable intake, there are some other risks that are more important to address depending on where you live," she said.

"Fats are responsible for more deaths in rural areas, which might be because there is less access to healthy foods in rural areas, and it means the most effective campaigns in country areas will be around getting people to eat less processed foods.

"After fruit and vegetable intake, in the city it's about getting people to be more active, as low physical activity was responsible for more deaths in metropolitan areas.

"Heart disease is still one of the biggest killers in Australia, so it's critical we get smarter about how we are working to reduce and prevent it, especially in rural areas." 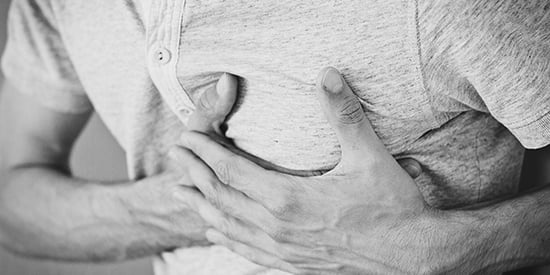