The idea is based on a new study from Deakin Health Economics, at the Centre for Population Health, published today in the journal BMC Public Health.

The research paper includes a review of 12 studies on the relationship between petrol prices and people’s use of "active transport". It then modelled this data to show how an increase in Australia’s fuel excise by 10 cents per litre might cause more commuters to think twice before jumping in their car to get to work.

Lead author Vicki Brown, a PhD student at Deakin Health Economics, said the study showed that the subsequent increase in commuting via active transport could have a big impact on Australia's waistlines, and therefore spending on obesity-related health issues.

"Physical inactivity is a global health problem. In Australia, in 2012, only 2 per cent of the employed population rode to work and just 4 per cent walked," Ms Brown said.

"Research has shown that middle-aged adults who commute via active transport have a lower BMI than car-driving commuters, one BMI point less on average for men and 0.7 less for women.

"Active transport is defined as walking, cycling and using public transport, and is a great way to help reach the recommended adult guideline levels of 150 to 300 minutes of physical activity per week.

"We know that there are many positive health benefits of improving physical activity, including reducing the risk of heart disease, stroke, and type 2 diabetes."

Ms Brown said that, anecdotally, some countries with a high prevalence of active transport also had high fuel prices, including in the Netherlands.

"Australia currently has the fourth lowest fuel price of OECD countries and the proportional tax levied is also low, and has been decreasing for several years," she said.

Ms Brown said the cost of increased petrol prices would be vastly outweighed by wider savings.

"Our 'plausible scenario' estimate of $34.2 million in health savings doesn't take into account other potential costs, including personal costs - parking, tolls, and travel-time - as well as public savings - decongestion and environmental benefits.

"If the effect that we're estimating is maintained over time, these relatively small changes could lead to huge population level health gains."

The study is part of a wider project from Deakin's NHMRC funded Centre for Research Excellence in Obesity Policy, which is currently evaluating 40 interventions in non-health sectors (including several in the transport space) that may help reduce obesity prevalence.

Ms Brown said an increase to fuel excise should be part of a much wider scope of interventions that all worked together to get Australians more active and making better choices for a healthy lifestyle.

"Increasing the cost of private motor vehicle travel will only be effective as an obesity prevention measure if there are efficient, affordable, convenient and pleasant alternative modes for getting around," she said.

"That means we also need to ensure governments are looking at greater investment in public transport, cycling and walking infrastructure, access, safety and promotion.

"This could be achieved through the approximately $1.7 billion in revenue the government would stand to collect annually through this proposed increase to fuel excise, ensuring that other factors necessary to support a switch to active and public transport are available to all." 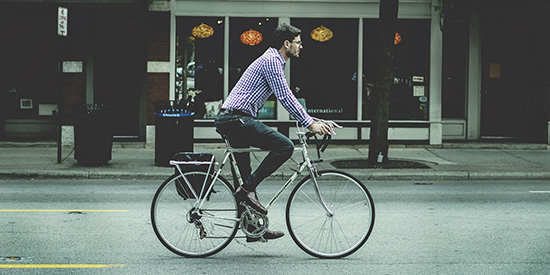