Dr Fraser Carson, a lecturer in coaching at Deakin's School of Exercise and Nutrition Sciences, is investigating the mental health and wellbeing of sports officials and coaches, and believes this week's fine of $7500 incurred by Carlton veteran Dale Thomas for calling boundary umpire Michael Barlow a "f------ cheat"  highlights a wider issue in the community.

Dr Carson said the number of officials at all levels was declining as a result of umpire abuse.

Umpire abuse wasn't limited to Aussie Rules. The Football Federation Australia (FFA) has estimated around 3,500 referees are lost each year in their code as a result of being abused.

"This recent incident of umpire abuse highlights a problem that has been going on for a while, that umpires have been putting up with the abuse, and ultimately it has started affecting their mental health and wellbeing," Dr Carson said.

He said the Dale Thomas incident had thrown a critical spotlight on the often forgotten sports people - the dedicated and skilled umpires - who were expected to cop abuse as part of their role, and the unwritten Aussie sport of umpire abuse.

"Potential new umpires are not being recruited because of this issue. When you have people being abused for performing their role, why would young people be attracted to that side of sport when they see that level of treatment?" he said.

Dr Carson said the mental health and wellbeing of umpires was a club and community responsibility.

"The overall welfare of sport officials is being affected by the abuse they receive, however most research and intervention studies have only looked at decision-making in a competitive situation and not examined the greater impact on the official and their mental health and wellbeing," Dr Carson said.

Dr Carson's current research aims to identify the individual, social and workplace factors that determine the mental health and wellbeing of sport officials in Australia.

"Our previous research on coaches has indicated that a lack of control in the workplace has a significant effect on wellbeing. We expect a similar finding in sports officials," he said.

He hopes his research will shine a light on the issue and lead to action and social behaviour change. He expects to release his findings in September. 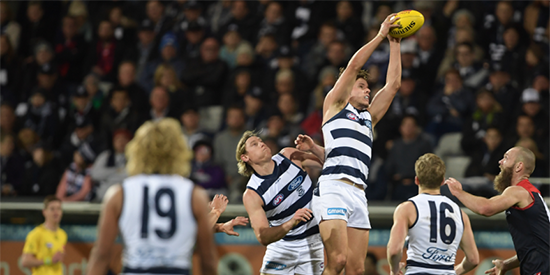