Warmer weather brings attention to sculpting the perfect 'beach body', but recent Deakin University research shows that if people exercise to improve their appearance, then working out can actually negatively influence body image.

Deakin School of Psychology researcher Associate Professor Matthew Fuller-Tyszkiewicz, said while exercise was typically found to improve feelings of body satisfaction, the effect was reduced or even reversed for people who are seriously unhappy with their appearance.

His paper, recently published in the British Journal of Health Psychology, studied 178 women and found those who were dissatisfied with their bodies in general were more likely to exercise for appearance-related reasons, and went on to record the worst results for post-exercise wellbeing.

"While we know exercise has lots of benefits for mood and physical health, that it generally makes us feel better about ourselves, the benefits may be lessened for some groups of people," Associate Professor Fuller-Tyszkiewicz said.

"What we found is that exercise can actually make people feel very self-conscious about their bodies, and some people can have worsening body image immediately after exercising. People who have really high body dissatisfaction are most at risk of this."

Associate Professor Matthew Fuller-Tyszkiewicz said a possible explanation for this effect is that if people were doing exercise for appearance reasons they might tend to have unreasonable expectations for weight loss.

"They may be dissatisfied by the lack of immediate benefits following exercise, this might cause them to give up or not do as much exercise as they should in the future," he said.

"This focus on exercise for appearance reasons can also lead to the person thinking about their appearance when doing exercise, making them feel more unhappy or uncomfortable."

Instead, Associate Professor Matthew Fuller-Tyszkiewicz said it was important to exercise for enjoyment and set realistic goals.

"Focussing on enjoyment of the activity can lead to better engagement in exercise, and sustained engagement, which is most important if we do want to see those health benefits," he said.

So how many of us are dissatisfied with our bodies?

Associate Professor Matthew Fuller-Tyszkiewicz said it was far beyond the approximately one in 10 people who will experience eating disorders in their lifetime.

"Some estimates are as high as 70 per cent, but probably a more reasonable estimate is around 30 to 50 per cent of Australian adults, who have a level of dissatisfaction where they actively want to change their appearance," he said.

"So that is staggeringly common, and it does have real-world consequences. It means people go out less because they don't want to be seen, or they might even engage in procedures that are expensive, extreme or dangerous to change the way they look."

"All these things add up at the same time," he said.

"We've got huge food and alcohol consumption, the weather is good so people are wearing less and that brings body image concerns to the fore, then New Year comes around and people are making resolutions that don't pan out. These are all potential risk factors.

"Ultimately though, summer can be a timely reminder that it's great to have a goal and think about things that make you healthier.

"But it's important to keep it in perspective and maintain realistic expectations, or it may do more harm than good." 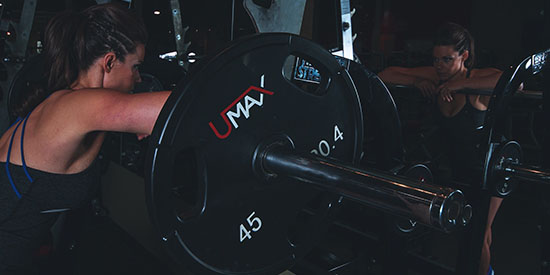