Past research points to potential economic impacts of recent bushfires

A Deakin disaster recovery expert says that women, farmers and tourism sector employees are more likely to be among the hardest financially hit by the New South Wales and Queensland bushfires.

Professor Mehmet Ulubasoglu heads up the Department of Economics and Centre for Energy, the Environment and Natural Disasters at Deakin Business School, and has worked closely with the Bushfire and Natural Hazards Cooperative Research Centre to calculate the economic effect of natural disasters on Australians.

Within this research, he's identified which people are most severely impacted when disaster - such as a bushfire - strikes.

"Using ABS Census Data, we found that the average person impacted by Black Saturday in 2009 lost about 10 per cent of their income when compared against someone living in a similar region with no disaster exposure," Professor Ulubasoglu said.

The research found the following groups to be hardest hit after a natural disaster:

"Our analysis of insured losses data from 21 bushfires across Australia from 1967 to 2019 showed that an average regional bushfire burnt though 404,863 hectares of land, with losses of $2,203 per hectare," he said.

"When urban fringes are devastated by bushfire, the economic losses were much greater. An average fire closer to populated areas destroyed 170,976 hectares of land, at a loss of $25,437 per hectare."

The research project for the Bushfire and Natural Hazards Cooperative Research Centre has revealed what Professor Ulubasoglu's coined as "the big five" lessons to consider when managing current and future catastrophes:

"Then there's the long term fallout - this has the biggest economic implications for a disaster stricken area. Besides deaths and injuries, the adverse effects of Black Saturday in terms of mental health, family violence, and alcohol consumption are well-documented," Professor Ulubasoglu said.

"Although, thankfully, the scale of devastation of buildings and life is not the same in New South Wales and Queensland this time, as a point of comparison there's value in considering the economic impact of Black Saturday," he said.

"If we can use this data and think about how we might prevent some of this fallout, then that will be very positive." 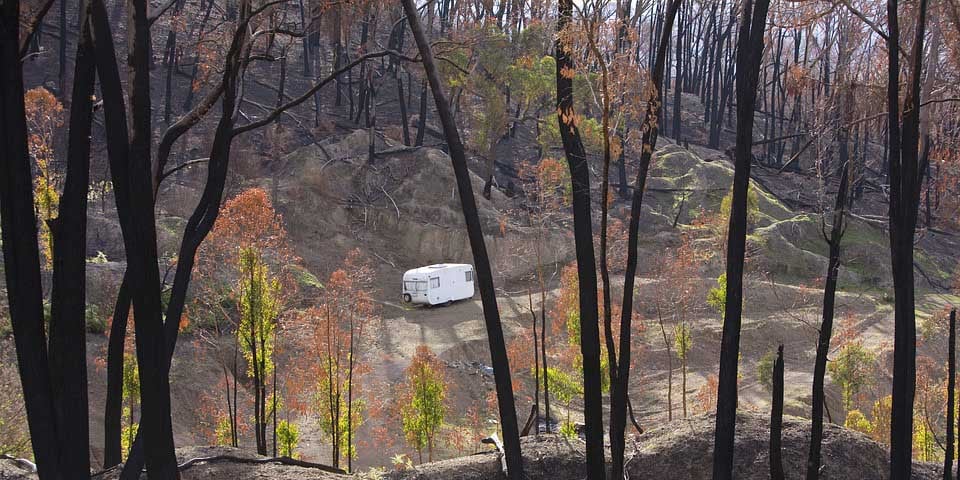