Bi men by women: lifting the stigma of mixed-orientation relationships

Deakin University research has given a voice to the mostly unspoken experiences of Australian women who are in relationships with bisexual men.

Dr Maria Pallotta-Chiarolli, a Senior Lecturer with Deakin’s School of Health and Social Development, worked with Sara Lubowitz, who ran the Women With Bi Partners Network in Sydney, to gain an insight into the lives, intimacies, relationships and families of these women. The results of the research form the basis of a new book Women In Relationships with Bisexual Men – Bi Men By Women (Lexington Books).

“These mixed-orientation relationships or what I call MOREs, sit outside the boundaries of what many may consider a ‘normal’ relationship, whether it’s straight or gay. What the research has shown is that they are very real and valid and deserve our attention, support and understanding. It’s just that they’re something ‘more’ than most people expect or accept,” Dr Pallotta-Chiarolli explained.

“They are also often confused or included in the category of women in relationships with gay men, but the bisexual men in MOREs are sexually and emotionally interested in women and wish to either have a monogamous relationship with a woman or sometimes simultaneously with another man.

“While we found these issues are certainly out there and we don’t shy away from discussing them, we need to lift the stigma for the women who choose to be in relationships with bisexual men and indeed say that bisexual men make better lovers and fathers. We hope this research broadens, interrogates and adds to the ongoing debates and activism regarding sexual diversity, relationship diversity and family diversity in Australia.”

The research involved semi-structured interviews with 78 culturally, sexually and geographically diverse Australian women, aged 19—65 years. The women were, or had been, in monogamous, open and polyamorous marital and de-facto relationships with bisexual men. Some of the women were mothers and grandmothers, some identified as bisexual and lesbian, some heterosexual, while others didn’t categorise their own sexualities.

“We met with women in their homes, workplaces, parks and cafes and listened to their sometimes distressing, sometimes exhilarating, and sometimes very sexy stories,” Dr Pallotta-Chiarolli said.

The research revealed a wide diversity in the makeup of the women and their experiences along with some common themes, including:

“A common element among all the women in healthy and happy relationships was open communication with their partners as they designed, negotiated and maintained the ground rules and boundaries of their relationships,” Dr Pallotta-Chiarolli said.

“Ultimately the women all wanted equal acknowledgement and affirmation of their relationships alongside other relationships and family structures in health services, government policies, workplaces, their children’s schools, with families and friends, and to have more positive representations in the media.” 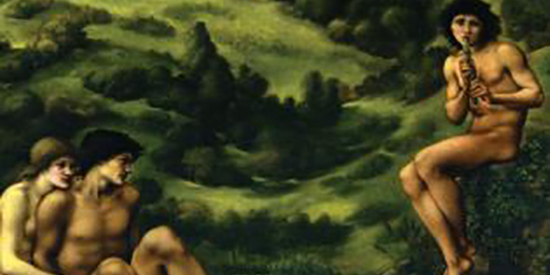