After 40 years of history, cultural heritage and museum studies at Deakin is the largest and the longest running course of its kind in Australia.

The cultural heritage and museum studies program officially began in 1979 at Prahran College of Advanced Education, and subsequently Victoria College, prior to its merging with Deakin University in 1991. The program's origins can be traced back further to the early 1970s. At the 1971 conference of the Museums Association of Australia it was decided that the Australian museum sector needed a formal training program available at tertiary institutions. In 1973 a Joint Consultative Committee was set up to develop the concept. The committee included representatives from the Art Galleries (now Art Museums) Association of Australia, Museums Association of Australia and members of staff from the Prahran College of Advanced Education.

In the same year a UNESCO seminar 'Training for the Museum Professional' was held in Melbourne. It was agreed that two postgraduate one-year diploma courses should be available, which led to the establishment of a university course in Sydney and a Melbourne-based course at the Prahran College of Advanced Education (accredited in 1977). 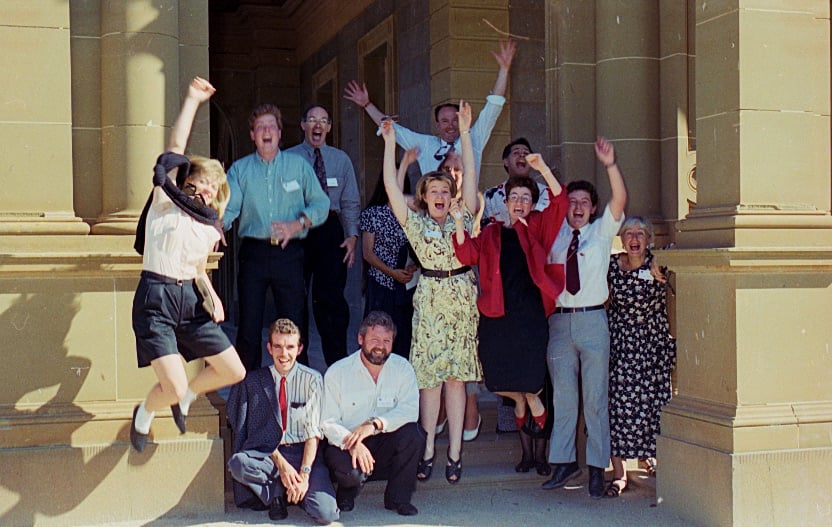 The Graduate Diploma in Museum Studies commenced at Prahran College in 1979, with Dr Wayne Orchiston as the coordinator. Some things have remained the same: the links to industry, and the careful balance between theory and practice continue to be hallmarks of the course. However, the 1982 Guide to the Department of Museum Studies booklet noted that 'No more than twelve full-time and six part-time students are accepted into the course in any one year’ – a far cry from the large and vibrant cohort of students we have today.

Read the booklet to find out more about the early years study (PDF, 2.9MB)

In 2000, again in response to industry needs, we started teaching heritage conservation. Since then the cultural heritage and museum studies programs have produced graduates who make a difference across the broad cultural heritage sector – whether they work in museums, galleries, archives, heritage sites, government agencies, community organisations, consultancies or planning.

Between 1979 and 1992, Frank Campbell created what was known as the 'Australian House Museum' – a collection of historic houses on the Deakin Geelong Waurn Ponds Campus. These houses were saved from demolition and were conserved by some of the first cultural heritage and museum studies students and used for lessons. They were also used as teaching aids for architecture and history students.

The houses were placed in a row on a street named 'Common Place'. They included an 1854 house named 'Hawker’s Cottage', an 1862 house named 'Bromley’s Cottage' and 'Herd’s House', built in 1892. Eventually the houses were relocated from the Waurn Ponds Campus and many were reused for housing all over Victoria. Frank Campbell's book Guide to the Australian House Museum provides an interesting insight into the life of the houses, and his vision for the conservation of Australian heritage homes. 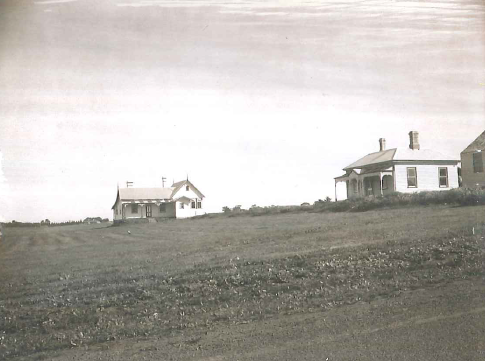 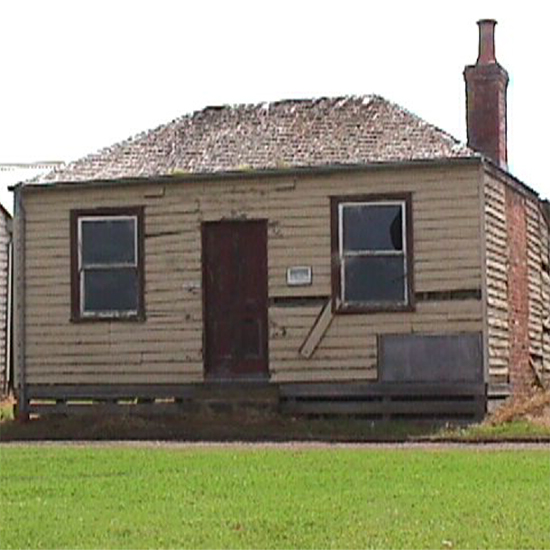 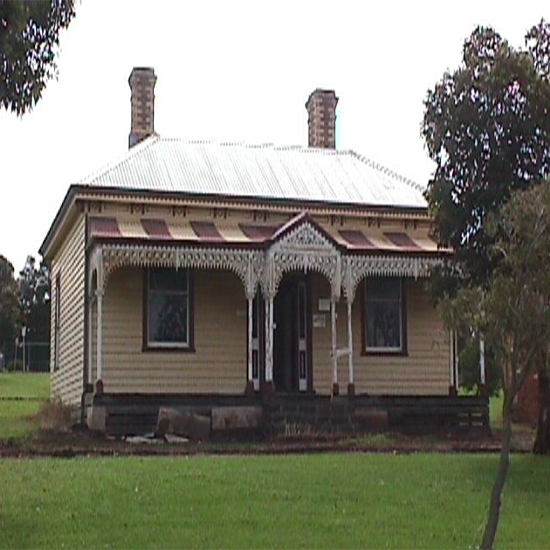 In 1992, museum studies students and senior lecturer and course director, Roger Trudgeon, put together a cookbook called The Great Bake. The inspiration behind the book was explained in the preface.

‘Food is an important part, to some the most important part, of the museum experience. A museum visit can be spoiled irreparably by a bad menu or poor service in the cafeteria.’
Roger Trudgeon

The group's aim was to distribute the book to museum curators and directors everywhere in order to spread the message of good food creating good experiences. There was even a launch party for the book – high tea served on the Fairfield Boathouse lawns – where iconic Australian historian Weston Bate was a special guest.

Discover a selection of the recipes (PDF, 821KB) 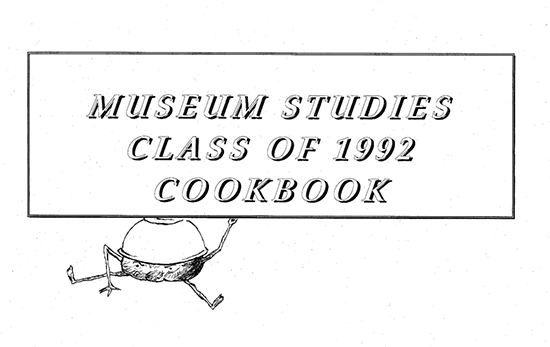 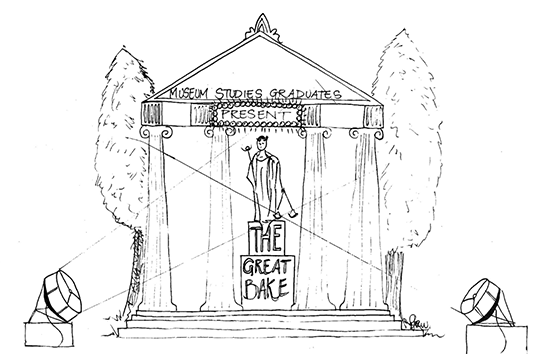 Roslyn Lawry was an exceptional student of cultural heritage and museum studies who tragically passed away in 1987 at the age of 25. Two years after her passing, an award was initiated in her name to be given to an outstanding student from the course each year. The award is a tribute to Roslyn’s life and commemorates her passion for museums. 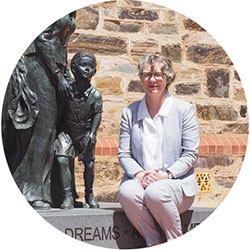 One of two recipients of the first Roslyn Lawry Award (along with Scott Bird) in 1989, Ms Paul is the Director of the Migration Museum (South Australia) where she manages the museum’s people, site, collections, interpretation and strategic direction. Ms Paul also has responsibility for major projects, research and collections across the Migration Museum’s parent body, the History Trust of South Australia.

Ms Paul’s career highlights include roles as Curator at the Museum of East Anglian Life (1990–1991) and Native Title Historian at the Central Land Council (1995–1999). In 1999, Ms Paul set up Mandy Paul Consulting and was a highly sought-after consultant historian and curator for the next decade. Ms Paul joined the History Trust in 2009 and was appointed to her current role at the Migration Museum in 2016.

She has published widely in Australian and South Australian history and has co-authored one book Interned: Torrens Island, 1914–1915 (2014) and edited two – South Australia on the Eve of War (2017) and Bush Mechanics: From Yuendumu to the World (2017). 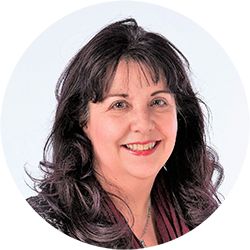 Ms O’Keeffe joined Museums Victoria in late 2017 as General Manager, Digital Life – a new role heading a department that includes: Digital Products and Development, Digital Collections and Access, Media Production, Multimedia Systems and Digital  Stories. This exciting opportunity is the convergence of museums, culture, technology and media that Carmel dreamt of when undertaking her Masters in Cultural Heritage and Museum Studies at Deakin University in 2009.

Before joining Museums Victoria Carmel enjoyed a distinguished career as a journalist and editorial manager at the Australian Broadcasting Corporation (ABC). At Museums Victoria she has led the development of the organisation’s Digital Life Strategy, and launched a digital storytelling initiative, which includes an innovative One Story, Many Views approach. 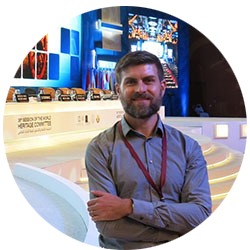 Mr James is a Senior Heritage Advisor with Extent Heritage and a PhD candidate within Deakin University’s Alfred Deakin Institute for Citizenship and Globalisation. In his role with Extent, Luke advises governments in Australia and internationally and private clients in relation to World Heritage, Indigenous cultural heritage and post-contact heritage.

His PhD thesis examines the nexus between expertise, protection and prestige in the UNESCO World Heritage regime and utilises his experience in the International Heritage Section, Commonwealth Department of the Environment, and before that as a consultant and intern to UNESCO Bangkok, where he researched museum training needs in Asia and the Pacific and assisted with the Asia-Pacific Heritage Awards. 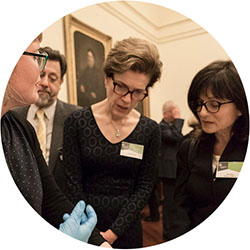 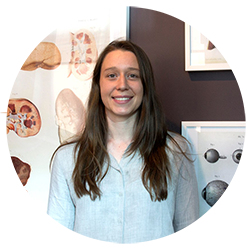 Ms Pacitti has continued her studies as a PhD candidate in Historical Studies at Monash University. Her thesis is titled Human Remains: The Body, Specimen Collections and Medical Museums in Australia, 1862–2015. Ms Pacitti has lent her expertise as a volunteer at the Freemasons Victoria Museum and Library for the past two years. She has also produced a short commissioned history for the Faculty of Pain Medicine at the Australian and New Zealand College of Anaesthetists. Ms Pacitti is on track to graduate with a PhD in 2019.

Find out more about cultural heritage and museum studies at Deakin

For over 10 years the cultural heritage and museum studies group has had a strong relationship with Brandenburg University of Technology (BTU) in Cottbus-Senftenberg, Germany. This partnership provides museum studies students with the opportunity to study overseas and earn a dual-award masters degree in a hands-on, immersive environment.

Learn more about the dual-award program

If you're a cultural heritage and museum studies graduate you can stay in touch with us Deakin and keep up to date with news from the University.

There are over 270,000 Deakin graduates who are achieving big things in many different industries, including the cultural heritage sector.