Professor of Wildlife Ecology and Conservation 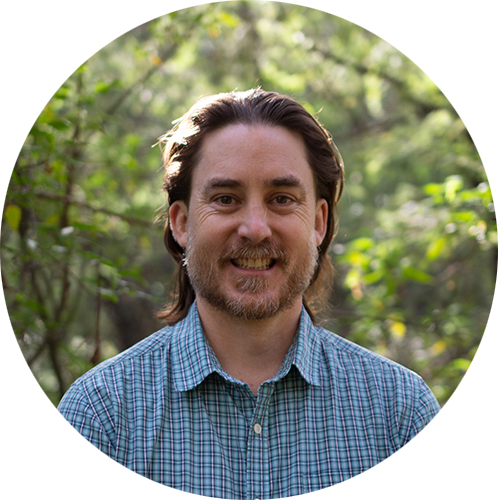 One of Australia’s most prominent science communicators, Professor Euan Ritchie has a deep passion for understanding, managing and protecting our remarkable ecosystems and wildlife.

Australia has one of the highest rates of overall biodiversity decline and extinction among wealthy countries. In recent years, it’s been revealed at least 39 endemic mammals – species found nowhere else in the world – have been driven to extinction since European colonisation.

Responding to our ongoing extinction crisis, Professor of Wildlife Ecology and Conservation, Euan Ritchie of the Applied Ecology and Conversation Research Group at Deakin University, is investigating ways to care better for our environment.

‘Broadly speaking, our research group examines how species interactions and ecological processes operate and can be used to better manage and conserve wildlife populations and ecosystems’ says Prof. Ritchie.

One of Australia’s leading science communicators, in 2022 Prof. Ritchie was named a finalist in the ‘Oscars’ of Australian Science – the prestigious Eureka Prize – for this work. His research findings have supported environmental policies around the country including the Federal Government’s second Threatened Species Strategy; he advised the Department of Land, Water and Planning on their emergency response to the 2019-20 Victorian bushfires; and showed how a multiple species focus and integrated approach is key to pest management when addressing Australia’s feral cat and fox problems.

‘Sharing the many wonders and importance of nature and its conversation with the Australian public is an honour, and richly rewarding.’

Making science accessible for all

‘I love speaking with a range of audiences, from livestock farmers to policy makers, school children and the local public. Working in ecology and conservation, it’s just as much about understanding and working with people as it is with the other species we share this planet with.’

Prof. Ritchie has been recognised as a Science Superhero by Australia’s Chief Scientist, and regularly contributes to the media, like The Conversation, with more than 1.5 million reads. Beyond the publicity though, Prof. Euan says that one aspect of what makes his work ‘magic’ is Deakin’s values.

‘I was attracted to Deakin because it values teaching and research equally and places a strong emphasis on the experiences and outcomes for students,’ he says, adding that Deakin’s progressive ethos means ‘conservation scientists and ecologists are encouraged to go outside lecture theatres and learn in the field’.

For Prof. Ritchie these organisational values make a world of difference and support him and his dedicated colleagues to undertake their critical work saving threatened species and ecosystems.

From the charismatic but controversial native dingo to the beloved burrowing bandicoot, Prof. Ritchie says our mammals have plenty of heart, and the potential to fight extinction too.

‘There’s a huge need to urgently address the extinction crisis, which is being rapidly sped up by climate change. That’s why our group’s work is so vital. We also share insights about the hidden power of our Australian wildlife to help their fellow mammals, ecosystems, the planet, and hence, us!’

As he explains, Aussie animals are adaptable and great survivors. A long-nosed potoroo can outsmart deadly predators and a gecko can even become roommates with a possum family. Prof. Ritchie says the ability of many to persist in the face of great challenges also give us a timely reminder about how important innovation and optimism are when designing our conservation strategies.

‘It’s an enormous privilege to travel around some of Australia’s and the world’s most remote and beautiful places. I love getting to work with so many remarkable species and gaining more insights into their fascinating lives. And, getting to share this work with others is particularly exciting!’ Prof. Ritchie says.

Open a world of opportunities with a research degree

Re-imagine your career, connect with industry and make your impact alongside world-leading researchers in one of Australia’s leading research communities.