Research news
09 September 2015
Five researchers have been ranked in the top one per cent of their field.

For the first time, the leading indicator of the world’s best researchers, Thomson Reuters, has included Deakin academics in its annual listing of researchers most cited in academic journals. The five have been ranked among the top one per cent of researchers in their fields.

They are among an elite group of 97 researchers in Australia, who have been included in the 2015 list.

“I am delighted that these five world class researchers are having such an influence in their fields,” said Professor Astheimer.

“At a time when millions of people are facing challenges concerning physical inactivity, poor nutrition and mental health, it is very rewarding to know that Deakin researchers are making a difference across the globe.”

The “2015 Highly Cited Researchers” list includes about three thousand researchers from a broad range of disciplines, who make up the top one per cent of researchers most cited for their subject field and year of publication.

The Director of C-PAN, Professor David Crawford, said that the listing was a fantastic outcome for C-PAN, particularly as the four researchers made up the original team who established Deakin’s physical activity and nutrition research program around 12 years ago.

“We are very much a team, so for us all to receive this recognition is really lovely,” Professor Crawford said.

“C-PAN has a strong emphasis on capacity building for our staff and students. Both Assoc Prof Timperio and Prof Salmon were PhD students at C-PAN, and Professor Ball joined us when she was a Postdoctoral Fellow.”

Professor Crawford added that the support from Deakin over an extended period of time, particularly through the injection of resources when C-PAN became a Strategic Research Centre six years ago, “helped to keep the momentum going.”

“Our research covers nutrition, physical activity, and sedentary behaviour in relation to health and our purpose is to improve health and quality of life through research,” he said.

“We have been working on developing treatments, particularly through use of the drug N-acetylcysteine, that are beginning to be used globally to help people with a range of psychiatric disorders, including schizophrenia, bipolar disorder and depression,” Professor Berk said.

“It is fabulous to be part of a rapidly growing, flexible and incredibly supportive university. Being part of Deakin has been a major facilitator of our success.” 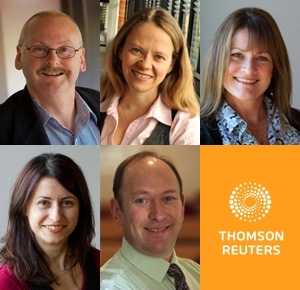 Prof Kylie Ball has been elected a Fellow of the Australian Academy of Health and Medical Sciences.

Gold standard for measuring what we eat

A new way of assessing dietary intake is a game changer for nutrition research in Australia.

Exercise good for the spine

A world-first study has shown that specific physical activity benefits the discs in our spines and may help to prevent and manage spinal pain.