The fruit of the mangosteen tree has been used as a traditional medicine in South East Asia for centuries. Now, scientists are hoping it could help treat bipolar depression.

Mental health researchers are conducting a clinical trial in Geelong, Brisbane and Melbourne to test the effectiveness of a supplement derived from the rind of mangosteen fruit. They hope it will  help treat low mood periods for people with bipolar disorder in addition to regular medication.

The new study follows a recently completed large-scale trial by Deakin University’s Centre for Innovation in Mental and Physical Health (IMPACT) using mangosteen extract as a supplement to treat schizophrenia. The results are expected to be released early next year, however the trial was supported by pilot data suggesting that the treatment would show significant improvements in depressive symptoms over 24 weeks.

The co-ordinator of the new bipoar trial, Ms Lucy Saunders, said it was common for therapies that were found to be successful in the treatment of schizophrenia to then be explored as a therapy for bipolar disorder.

"Many agents found this way are now used as a first line treatment for the disorder," she said.

Bipolar disorder is characterised by reductions in antioxidant levels and a rise in systemic inflammation, oxidative stress (or an imbalance of antioxidants), and changes in neuroprogressive markers in the brain.

"The pericarp of the mangosteen fruit contains a multitude of bioactive agents including xanthones, polyphenols, tannins and epicatechins," Ms Saunders explained.

When used in conjunction with existing medication, the bioactive agents may help target and treat the depressive phase of the illness, where the effectiveness of established treatments is at its weakest.

Approximately two – three per cent of Australians are affected by bipolar disorder, a chronic disease that requires long-term management. Previously referred to as ‘manic-depressive disorder’, the illness causes shifts in energy, mood and activity levels, which can affect an individual’s ability to carry out day-to-day tasks. These shifts are more severe than the usual ups and downs that most people experience and include episodes of feeling high and euphoric, or feeling low and depressed. Episodes can last for more than a week, making it difficult to cope at work, home, school, or during social interactions. These episodes can be managed with the help of medication and psychological therapies.

The preliminary study is a collaboration between IMPACT, Deakin University, The University of Melbourne, The Melbourne Clinic, The Toowong Specialist Clinic (Brisbane), The Albert Road Clinic (Melbourne) and Barwon Health, with researchers aiming to test the benefits of mangosteen fruit extract as a substance to bring chemical balance back to the brain during low mood periods.

The substance is not expected to have any unwanted side effects and there are no costs to participants.

Researchers are looking for participants at least 18 years of age, diagnosed with bipolar disorder, and currently experiencing a low mood.

“The primary outcome of the trial is to measure the change in severity of mood symptoms in those with bipolar depression, with the expectation that those receiving the mangosteen treatment will have a better mood compared to those receiving the placebo,” said Ms Saunders.

“We will also be looking for and measuring improvements in symptomology, quality of life, functioning and cognition, and will be measuring markers for oxidative stress and inflammation within the blood.”

For more information, and to enrol in the trial, contact Aswathy Viswambhran on 0402 196 595 or at mangosteenbipolar@barwonhealth.org.au or visit www.mangosteenbipolar.com. 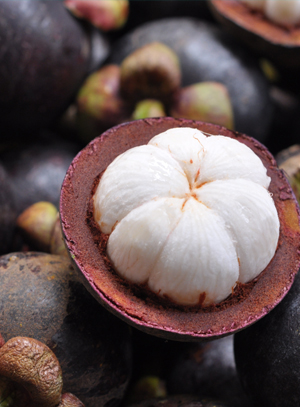 We’re all affected by mental health issues – if it’s not ourselves, it’s likely to be other people in our lives.

Deakins academics are ranked among the worlds top one per cent of researchers in their fields.