Professor of Nursing in Deakin University’s School of Nursing and Midwifery, Director of the Centre for Quality and Patient Safety Research (QPS) in Deakin’s Institute for Health Transformation and Chair in Nursing at Monash Health. 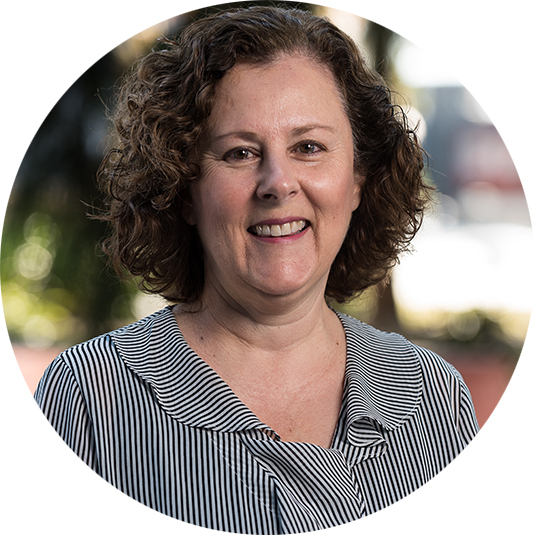 'Compassion fatigue' is identified as a real phenomenon among nurses and other primary caregivers. How it can be countered is among the key questions that occupy Professor Alison Hutchinson and her team of Deakin researchers at the Centre for Quality and Patient Safety Research (QPS), part of the University’s Institute for Health Transformation.

Recognised as an Alfred Deakin Professor, one of the University’s highest personal accolades, Prof. Hutchinson is a Professor of Nursing in the School of Nursing and Midwifery, and Chair in Nursing at Monash Health. She leads a team of 40 scholars at QPS undertaking research into aspects of patient safety, patient experience and workforce development.

"With my colleagues, I’m working on a study of nurses' interactions with and compassion towards patients, trying to capture nurses' perspective of their compassion and also patients’ to see how they marry up," she says.

"We’re familiar with the concept of burnout, but there is also compassion fatigue, which seems to be closely linked, where people become fatigued in their ability to be compassionate. We hope to develop interventions to support nurses in being self-aware of when they’re reaching that point and what they can do to reignite that compassion."

A lifelong fascination with nursing

For Prof. Hutchinson, nursing has been a lifelong fascination. Initially she followed her mother in pursuing a nursing career and trained at Royal Melbourne Hospital. “When I started nursing, some of the practices we followed really had no evidence behind them,” she says.

That realisation led her first to obtain a Bachelor of Applied Science (Advanced Nursing) at La Trobe University, followed by a Masters of Bioethics (Monash) and a PhD in Nursing (University of Melbourne). She is also one of a few Australian nurses to have successfully completed a formal postdoctoral fellowship program overseas, having trained at the University of Alberta, Canada.

"We’ve become a much more research-based profession, and my work in translating evidence into practice and policies supports that," says Prof. Hutchinson of her internationally recognised work.

This publication gained considerable media attention in Australia but also drew interest from the Bill & Melinda Gates Foundation, resulting in an invitation to present to international leaders in New York in 2019 on how to address an impending caesarean section crisis. "The findings of the review informed strategies developed to reduce caesarean section rates in low- and middle-income countries," Prof. Hutchinson says.

Another focus is on a long-term project with Canadian researchers to understand the influence of contextual factors on health professionals’ use of research in their practice. “We’ve just finalised the development of a framework to represent those factors, including attributes such as leadership, culture, and processes of governance,” she says.

"We hope to establish an open access repository of tools to help health professionals assess their own setting or context and identify the barriers and facilitators to enabling the translation of evidence into practice."

Prof. Hutchinson has also provided direction for the development of an open online access education program concerning care of the older person. "Our research following implementation found that residents in (aged care) facilities reported strengthened partnership approaches to care, and family members described partnering with staff, increased confidence in collaborating with staff, and being included in (care) decisions," she says.