At the School of Engineering, we’re mindful of the knowledge, skills and attributes professional engineers need to meet the changing nature of the engineering workforce in Australia and beyond. We prepare our students by harnessing work and learning through industry and research projects, so they graduate work-ready.

Through sustained and healthy industry partnerships, we give students the opportunity to work on industry projects as well as access to placements and internships, which can lead to ongoing employment after graduation.

Our students have worked on a diverse range of projects and have accessed placement opportunities in engineering businesses, locally in the school’s home in Geelong, across Melbourne and Victoria, and further throughout Australia. A large proportion of our graduates are employed within three to six months of completing their degrees.

Following are some of the projects our students have completed that showcase the great collaboration between what we teach at Deakin and our industry connections.

This project was designed to showcase the benefits of modern power electronics in a typical solar inverter scenario, while also investigating the advantages in grid-scale implementations of a solid-state transformer (SST).

The output was to be a simulation and physical prototype for validation. This involved completing relevant research, with papers investigating similar schemas, simulating an appropriate model within MATLAB and construction of a physical prototype. The work was completed in conjunction with assistance from the supervisor as well as technical staff.

The solar inverter converts DC power into a 3-phase AC output, isolated via a high-frequency switching schema over a transformer. Use of latest silicon carbide MOSFET switches was included. Overall, the outcome shows the schema is viable, with the hardware implementation successfully replicating simulation results.

'Working on a real-world project was rewarding, with the highlights being around showcasing the skills I had learned over the preceding three and-a-half years. The most memorable aspect was seeing the correct output appear on the oscilloscope!' 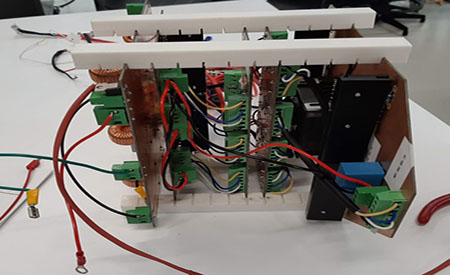 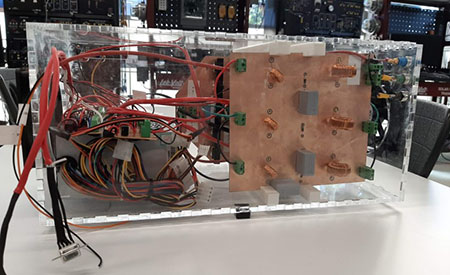 Heavy metal pollution of water such as rivers or streams has been largely attributed to rapid industrialisation which has caused the discharge of water contaminated with heavy metals, indirectly or directly, into the environment. Heavy metals are not biodegradable and their presence in water may led to bioaccumulation in living organisms which will cause health problems.

Wastewater treatment techniques, such as chemical oxidation, solvent extraction, and adsorption have been applied depending on its cost-effectiveness and ease of implementation in a wide variety of situations. Researchers had discovered that agricultural by-products (including plant materials) have the capacity to absorb and accumulate heavy metals from wastewater. The focus of this research is therefore to identify suitable low cost and natural materials that can be found commonly in local Victoria and native in Australia to remove heavy metals from the wastewater.

Australia native plants such as banksia and pine cone were used as biosorbents to remove heavy metals from wastewater. The results show the effectiveness of biosorbents to do so. Metal uptakes was close to 100% at pH 6 (most natural waters), and banksia performed better than the pine cone.

'The most rewarding aspect of working on a real-world project was when I discovered the capability of Australian native plants as a biosorbent to remove 98% of heavy metals from wastewater at natural waters pH value. In addition, uncertainty of the research project also stimulated my curiosity to find solutions and ways to improve the heavy metals removal efficiency of biosorbents.' 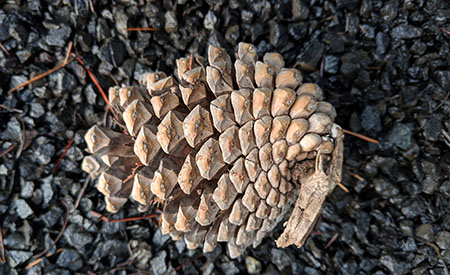 This project looked at the propulsion method for UAVs. It included the design, fabrication and characterisation of a standalone closed-loop ducted fan, used to improve current UAV propulsion methods. These current propulsion methods were reviewed in order to achieve more efficient flight. By using sensors with control algorithms, it was possible to control active aerodynamics to improve overall efficiency of a ducted fan. This was adjusted in real-time autonomously.

'Presenting the initial proposal of the project at the Avalon Airshow Innovation Pitchfest during the beginning of the year is a memory I’ll cherish forever. Pushing yourself to complete certain project aspects is rewarding throughout the entire duration of the (final year) unit, with the end goal being the biggest reward of all.' 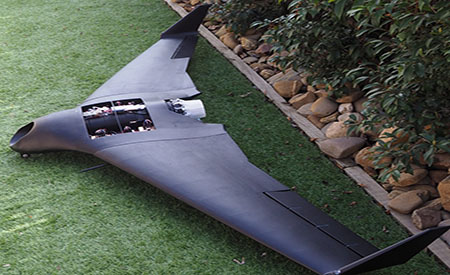 This project looked at developing a brand-new type of 3D printing technology that hopes to bring forth a significant paradigm shift in the way that we manufacture parts. Unlike traditional 3D printing technologies that operate by serially stacking material on top of itself, volumetric printing enables the whole part to be formed simultaneously. This greatly reduces the time taken to produce parts in addition to enabling complex geometries to be made without supporting structures.

The process works similar to a CT scan, however, instead of X-rays, light is used to selectively cure a resin volume. By subjecting the volume to varying images at different angles, the target object can be constructed in a matter of seconds.

This was a fantastic project as it contained key aspects from a wide variety of disciplines such as mechanical design, optics, chemistry and computer science. Though the degree did not specifically teach me the knowledge required for this project, it gave me the tools to learn what was needed.

We hope that this technology can be used in a wide variety of applications, most notably in bio-printing where it can be used to create artificial organs in a matter of seconds. 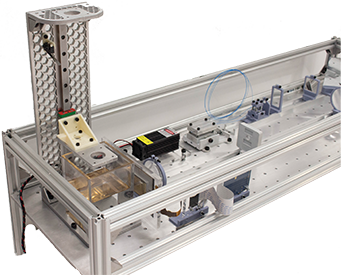 Image: Internal view of the second revision of the volumetric printer

Design and innovation are at the heart of engineering at Deakin. Our courses are informed by both our innovative research and industry advice, helping to shape our programs to make them locally and globally relevant. Learn from courses that go beyond theory, state-of-the-art facilities and practical programs to help you create innovative engineering solutions to real-world problems.

Find out more about engineering at Deakin

We have extensive partnerships with industry to make sure that what we teach and research is both relevant and responsive. Through our partnerships, we offer industries extended access to university resources, expertise and opportunities for research projects.

Find out more about how we can work together

Our work-integrated learning (WIL) program aims to give students an opportunity to work in an environment that offers similar characteristics to that of future employers and careers. As an organisation, you have the ability to offer and accept a placement of varying durations for students to assist with their learning and preparation for employment.

Find out more about WIL