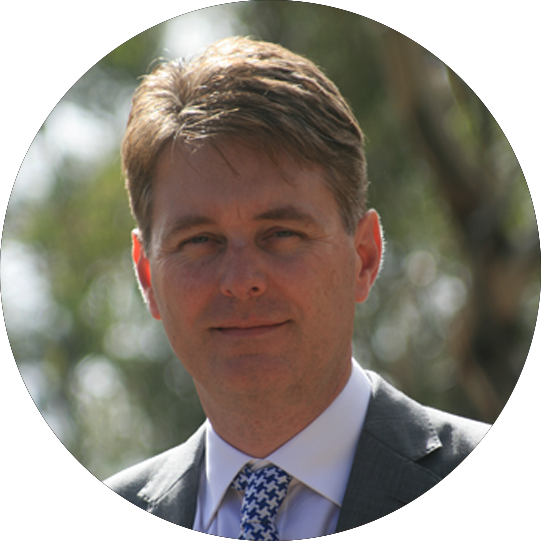 ‘Understanding our mental and emotional lives is the highest order of our functionality. Our inner lives are complex and multifaceted, and this fascinates me. What compels me in my research is how we keep these facets of ourselves healthy,’

Planting the seed for generational wellbeing

A world-leading child development expert is inspired to help people reach their full emotional and social potential for generations to come.

Alfred Deakin Professor Craig Olsson has been the Director of the Centre for Social and Early Emotional Development (SEED) since its inception in 2014.

His aim in establishing SEED was twofold.

The first was to address rising rates of mental health problems in young populations, where most problems begin, through new approaches to monitoring and intervening in problematic pathways at the earliest opportunity.

The second was to understand how to raise young people well with the aim of raising a more globally aware and resilient next generation capable of tackling the big issues of our time, including widening global inequality and the threat of climate change.

Professor Olsson leads one of Australia’s longest-running longitudinal studies of social and emotional development, the Australian Temperament Project Generation 3 Study. The study has followed more than 2000 young Australians since 1983 from infancy to childhood, to adolescence, to young adulthood and into the next generation.

‘Understanding our mental and emotional lives is the highest order of our functionality. Our inner lives are complex and multifaceted, and this fascinates me. What compels me in my research is how we keep these facets of ourselves healthy,’ he says.

Prof. Olsson is actively translating findings from his longitudinal research into an atlas of major milestones in social and emotional development from early childhood to young adulthood.

The atlas has now been translated into a new comprehensive monitoring system that can be used by communities to better understand their young people. The system tracks social and emotional development of young people at three-yearly intervals from early childhood to young adulthood.

With a new grant just received for the Centre, his ambition now is to include two additional surveys in the system: one mapping mental health and wellbeing in middle adulthood, and the other doing the same in older adult life.

Together, these surveys are bringing the findings of longitudinal studies to life in communities through advanced population monitoring.

‘I aim to ensure that population monitoring is linked to evidence-based interventions in ways that are owned and led by communities.’

‘Communities who participate get access to a continually updating database of evidence-based interventions that provide them a way to respond to their data profiles in a practical and effective way,’ he says.

‘We also want to expand testing of the system to regional, metropolitan and Indigenous communities.’

Prof. Olsson obtained a PhD at The University of Melbourne. He holds a joint appointment with the Murdoch Children’s Research Institute and joined Deakin University in 2011.

‘Deakin offered a blue skies opportunity for research. At the time I joined the University, they were still developing their research program, and there was a lot of room for imagination.’

‘Even now, the University continues to see and nurture researchers’ visions, and helps academics apply their research for real life impact,’ he says.

Professor Olsson emphasises the need to track the health and wellbeing of young populations at every age and stage of development.

‘It is not possible to drop the ball at any point in a young person’s development without there being major developmental consequences,’ he says.

Strengths and difficulties must both be studied across development, Prof. Olsson emphasises.

‘The positives are as important as the negatives. They must also be studied within and across generations because much of who we become has origins well before we were born,’ he says.

‘The challenges that children will inherit are incremental. We seek to optimise conditions now so that they grow up well equipped to address these problems in the future.’

We sat down with Craig to find out more about SEED.

What is the Centre for Social and Early Emotional Development (SEED)?

SEED conducts world-leading research on social development and its origins in early emotional life. Our overall objective is to promote emotional health, from pregnancy through to adulthood and into the next generation.

The Centre brings together lifecourse, clinical and public health research and practice to describe the major milestones in emotional life, advise on the most effective approaches to promoting wellness and intervening at the earliest opportunities in troubled pathways, and engage systems for translating this knowledge broadly.

What do you enjoy about being SEED’s Director?

As Director I particularly enjoy supporting other researchers to realise their own potential and to contribute to a larger picture than any one person’s research program can achieve alone. My personal research and my research for SEED are interconnected. I’m also invested in the Centre’s growth, and the amazing team I work alongside.

What do you think distinguishes SEED from its competitors?

SEED is the only research program of its kind in Australia with a focus on promoting mental health and preventing mental disorder from early childhood to young adulthood and into the next generation. With our new funding we aim to extend this into middle and older life too, and in doing so, complete the most comprehensive map of human social and emotional development available.

The Centre was also established to understand and promote the social and emotional competencies needed to raise future leaders with a global perspective.

How do you see SEED contributing to Deakin's strategic priorities? What are your priorities for the Centre?

Our new investments in the psychology of climate change, our joint grant submission on air quality through ‘Breathe Melbourne’, and our engagement with the Sustainability Health Network, are leading examples of our commitment to Enabling a Sustainable World.

Our investments in comprehensive monitoring and the provision of evidence-based interventions for preventing measured risk pathways, and promoting measured protective pathways, through machine learning-based living knowledge systems, are leading examples of our commitment to Improving Health and Wellbeing.

Our investments in community-based participatory research programs that link researchers, with rural, regional, and Indigenous community leaders, to measure and respond to mental health problems in young populations, are leading examples Building Safe and Secure Communities.

Our investments in comprehensive population monitoring of human capabilities across the early lifecourse that are central to advancing society and culture, including global engagement (civic engagement, volunteering, trust and tolerance of other, acceptance of diversity) and environment protection (recycling, conservation, re-wilding), are leading examples of Advancing Society and Culture.

How do Higher Degree by Research students contribute to the work SEED is doing?

Over 90 HDR students make valuable contributions to SEED, from cohort studies to randomised controlled trials. Through our systematic review internship program, students also contribute to reviewing the ever-growing body of scientific literature. They help inform the direction of our research by assisting us to identify where global scientific knowledge has gaps that need filling.

The future of the SEED

What do you think will be some of the most exciting or ground-breaking uses of the Centre’s research in 10 to 20 years’ time?

Importantly, none of this happens in a vacuum. Children and young people are influenced by the developmental histories of their parents, well before becoming a parent, which set up intergenerational cycles of advantage and disadvantage – none of which young people have choice over.

Young people are also influenced by the multigenerational context they are living within, which includes (but is not limited to) the current health and wellbeing of their parents and grandparents.

We live and grow in relational systems. The new work of our Centre will be working across both intergenerational and multigenerational processes to break cycles of social and emotional disadvantage, in partnership with communities.