School of Architecture and Built Environment

PaperSpace is the School of Architecture and Built Environment’s annual exhibition, showcasing outstanding work and talent from undergraduate and postgraduate students.

It's a chance to celebrate students' hard work with friends and family, and, as the exhibitions are open to the public, it's also great exposure for students and their careers.

The fragmented positioning of students displays of drawings, models and folios was an intentional component of the 2019 PaperSpace exhibition. The different directions and non-liner path through the exhibition was redolent of the contrasting directions being pursued by the students. These are not submissions, rather productions of work. Work with direction from the school, and each other, moving in fragmented directions toward innovative architecture.

More than 250 students, families, industry peers and the general public visited the PaperSpace 2019 exhibition that started in Melbourne’s Federation Square before moving to Geelong’s Deakin Waterfront campus. PaperSpace has again been hailed a great success.

More than 100 guests attended the opening launch held on the 6 November at Federation Square and a never ending trail of visitors enjoyed the exhibition throughout its duration in both Melbourne and Geelong. This year’s exhibition curated more than 60 exceptional pieces of students work and showcased projects featuring local and international locations. 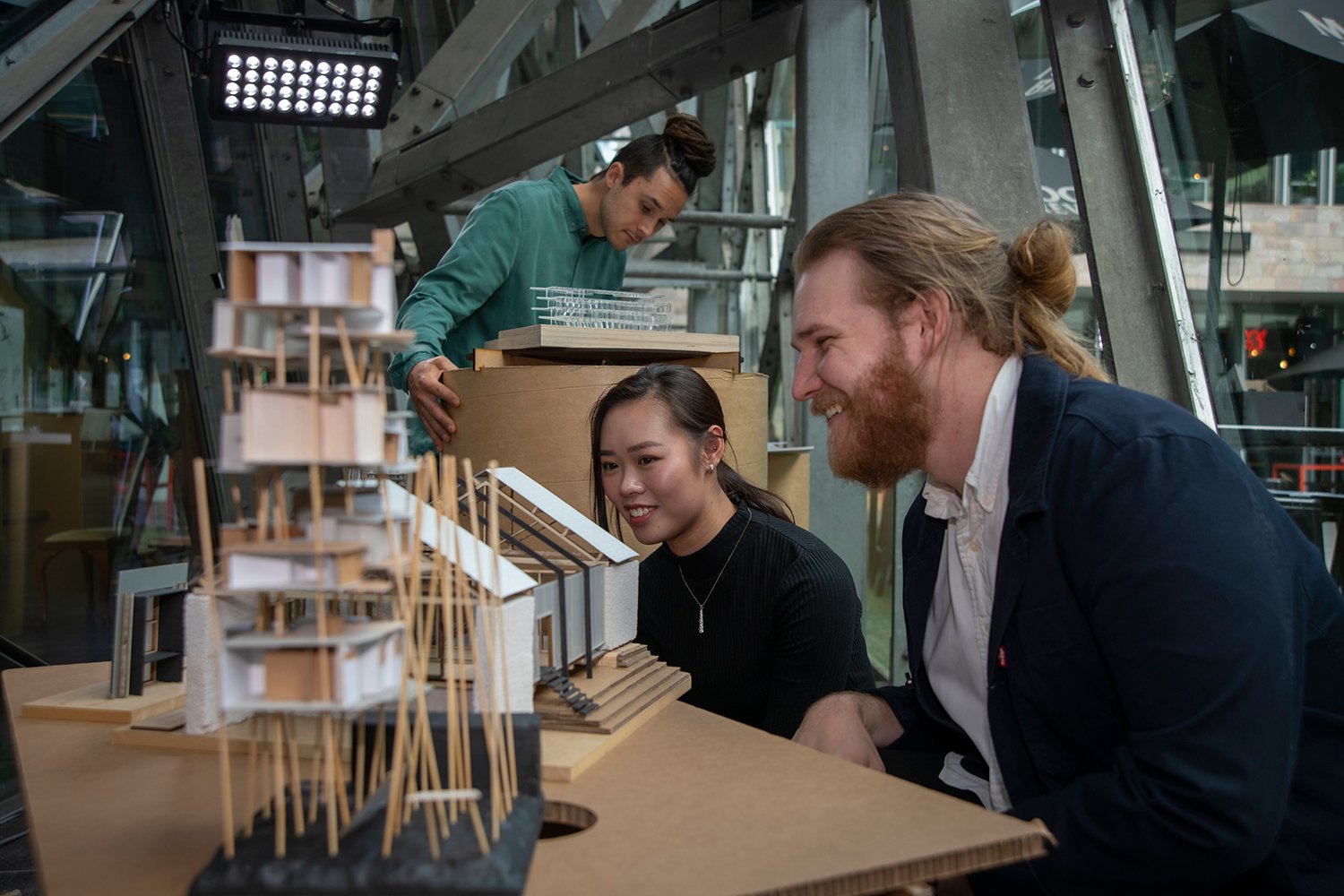 PaperSpace 2018 was an overwhelming success, with more than 300 guests attending the opening.

This year’s exhibition curated more than 60 exceptional pieces of work from undergraduate and postgraduate students and included drawings, models and folios. Works reflected innovative architecture to remedy loneliness, promote tourism and blend in with changing landscapes.

Master of Architecture student Melisa Santos explored how architecture can help combat loneliness in her project The Five Faces of Loneliness.

'Using an existing aged care facility in Melbourne’s northeast, this project aims to incorporate inter-generational programs for children and older adults to promote social interaction between the most lonely. This co-housing village would provide short-term care for children in out-of-home care and a permanent home for new retirees,' Melisa said.

Fellow student Charith Siriwardana submitted a redevelopment of Lake Colac in Victoria’s west, which includes a pool within the lake, a cable wakeboarding park and a redesign of the yacht club.

'It’s a really beautiful natural landscape, but there’s not a lot of architecture or design around the lake to help connect it with locals and visitors. I wanted to explore how architecture could reactivate a regional community, because there is a huge opportunity since thousands of people pass Colac on the way to the Great Ocean Road,' Charith said. 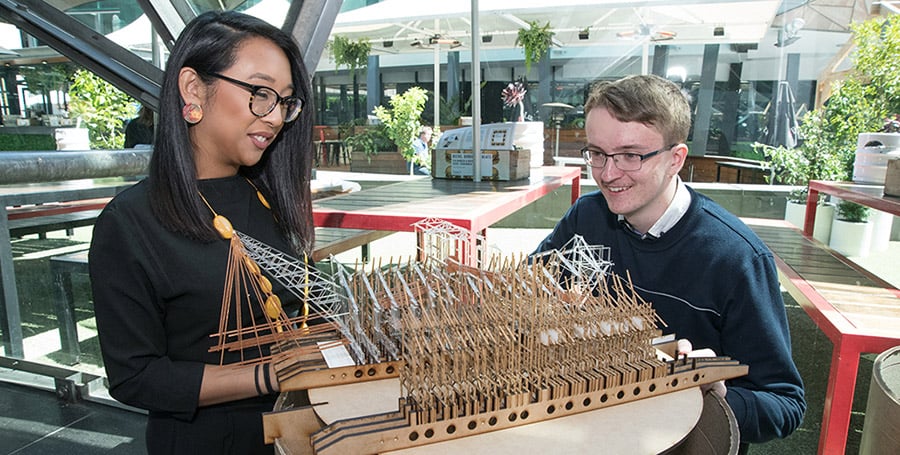 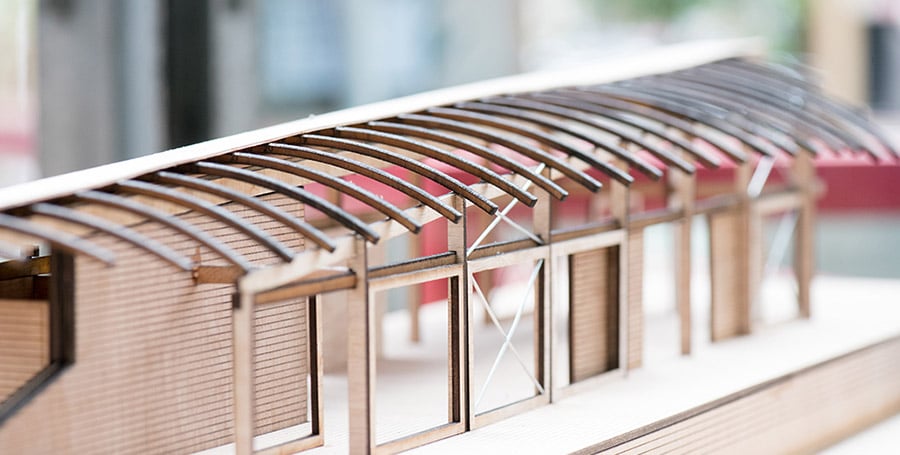 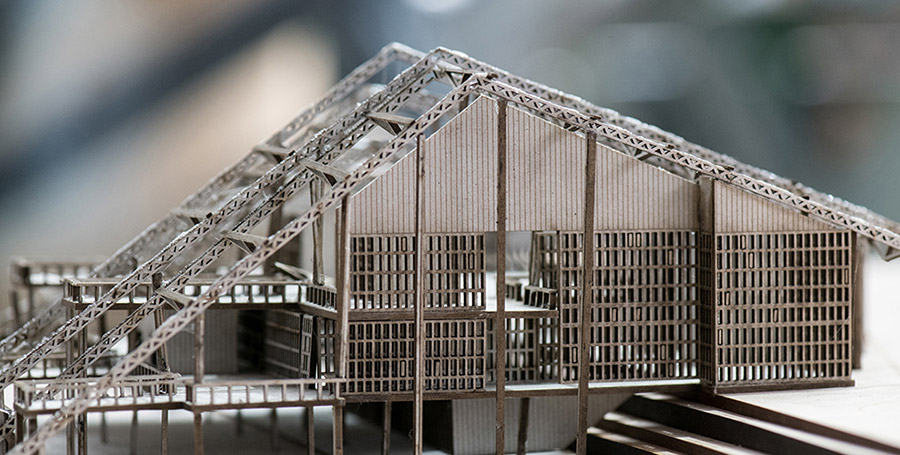 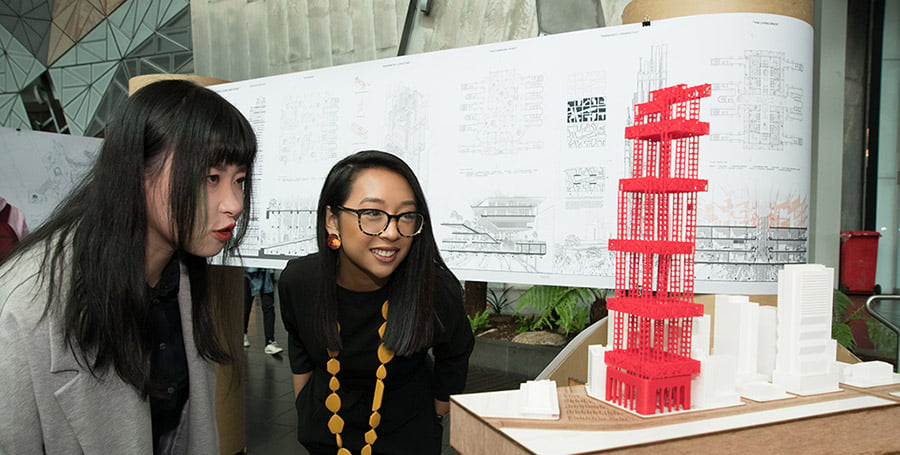 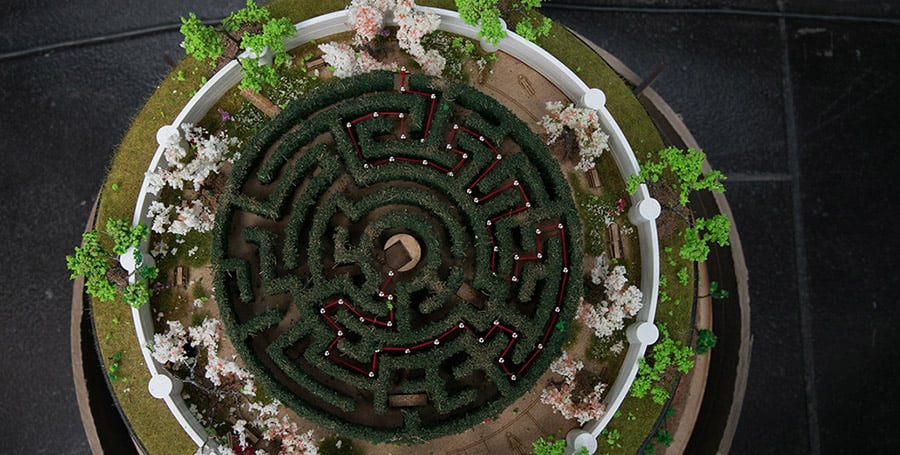 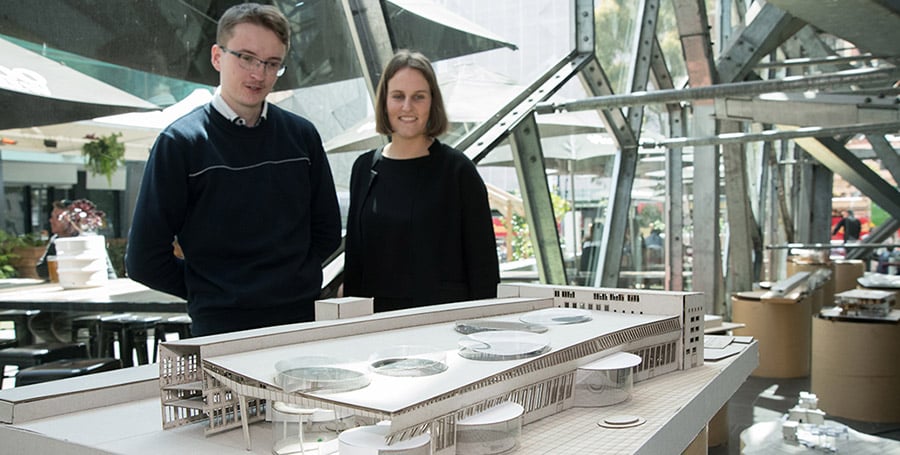 PaperSpace 2017 saw the grand designs of students on display at Federation Square during Melbourne Cup week before moving to the gallery at Deakin's Geelong Waterfront Campus from 14 to 24 November.

'The students work examines how architecture might act politically and socially, how it might respond to its site and context, and how the putting together of building elements might enhance our experience of the world,' Professor Smith said.

The works ranged from designs for a disused Berlin factory converted into temporary refugee housing, to plans for a museum for shearing and wool in Western Victoria.

'We are bringing architecture back to the public, while celebrating the hard-work of our most talented students,' Professor Smith said. 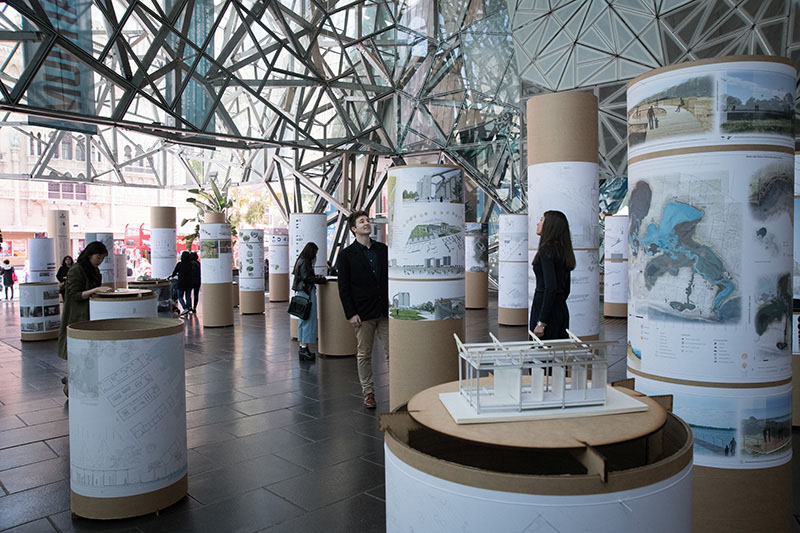 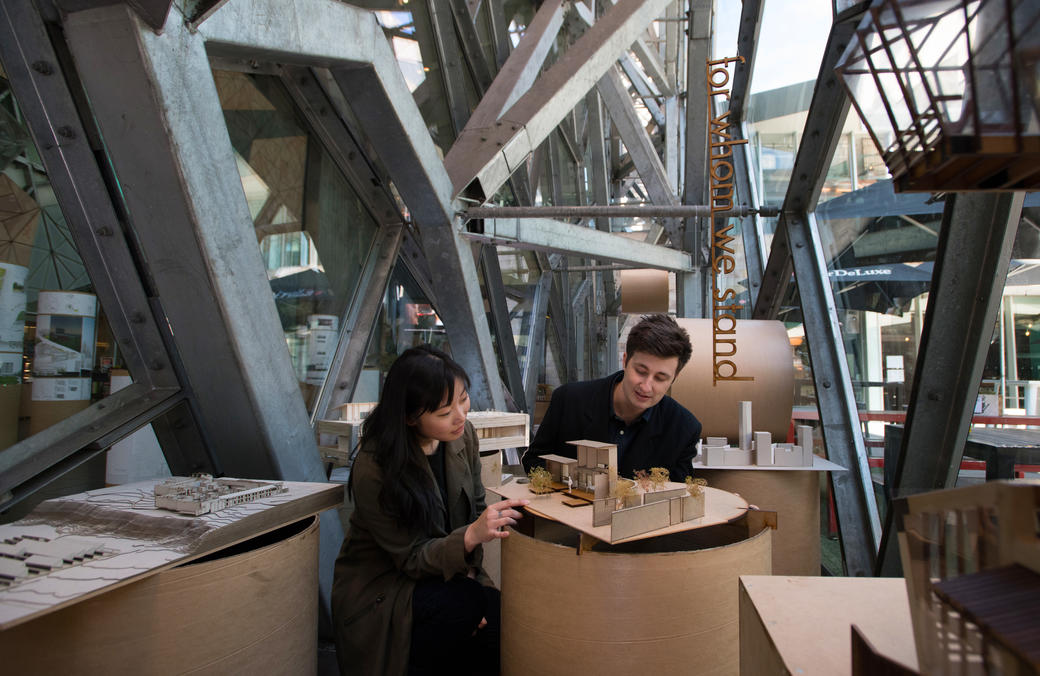 PaperSpace 2016 was on display at The Atrium, Federation Square from 31 October to 4 November 2016, followed by a Geelong exhibition from 8 to 18 November in the A+B Gallery.

Architect Michael Markham, who opened the exhibition, suggested that the work and intentions of the A+B students was becoming quite distinctive in an architectural world, where insulated self-identity is the norm. He suggested the work at PaperSpace 2016 be described as 'sober', meaning the works and authors were 'not drunk on their own ideas'.

The exhibition attracted more than 10,000 visitors during Melbourne Cup week. The Geelong exhibition also exposed the students work to the public and school groups in the following weeks. 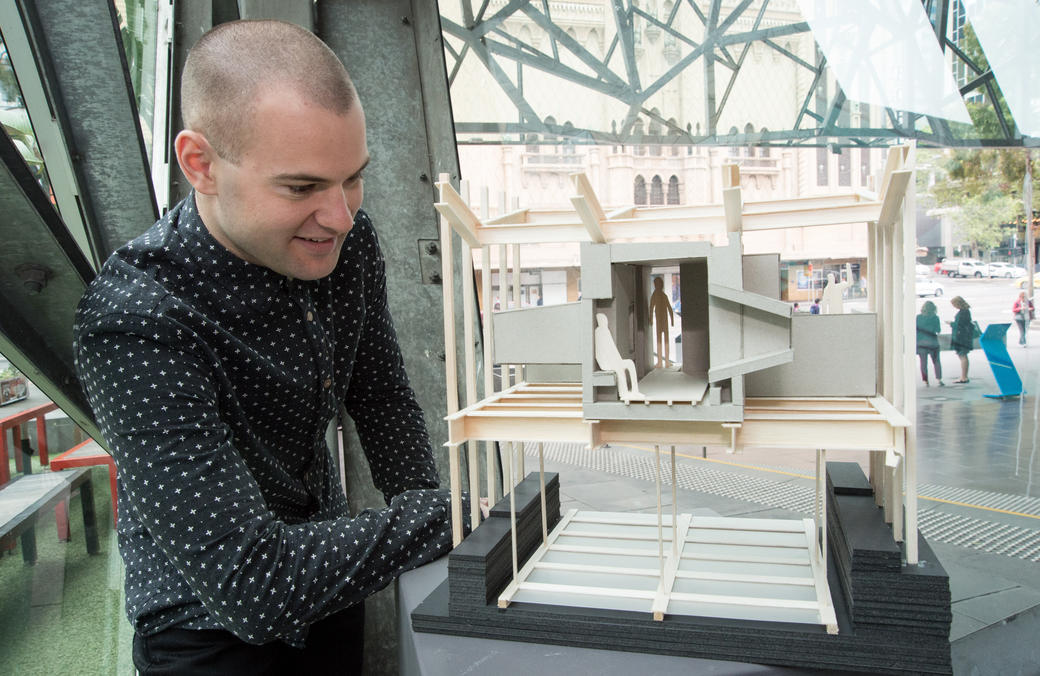 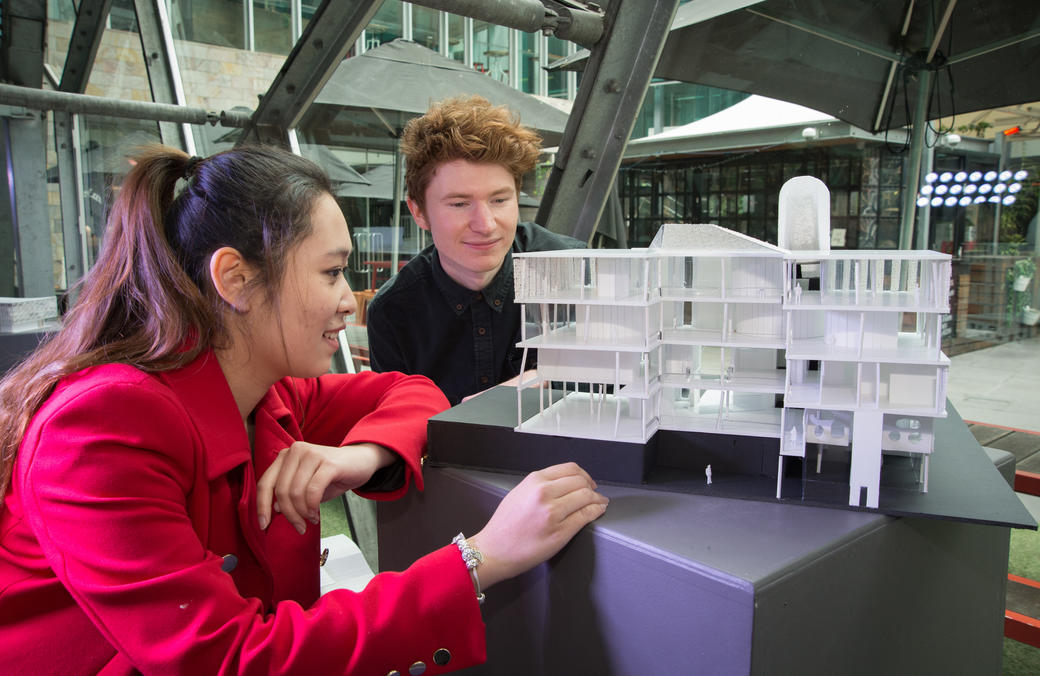 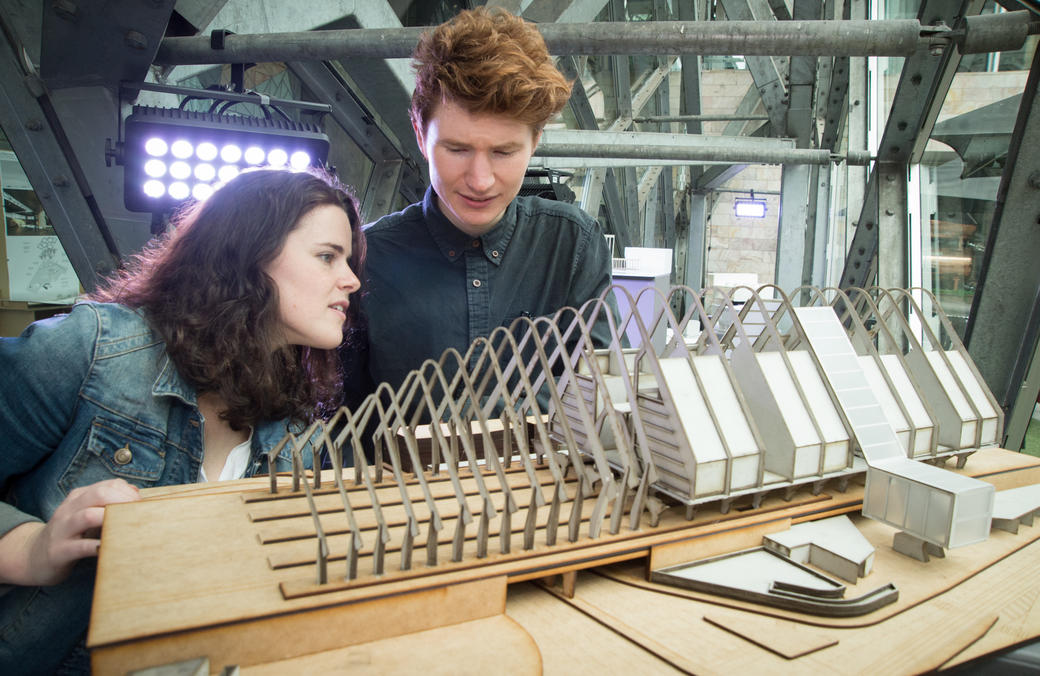 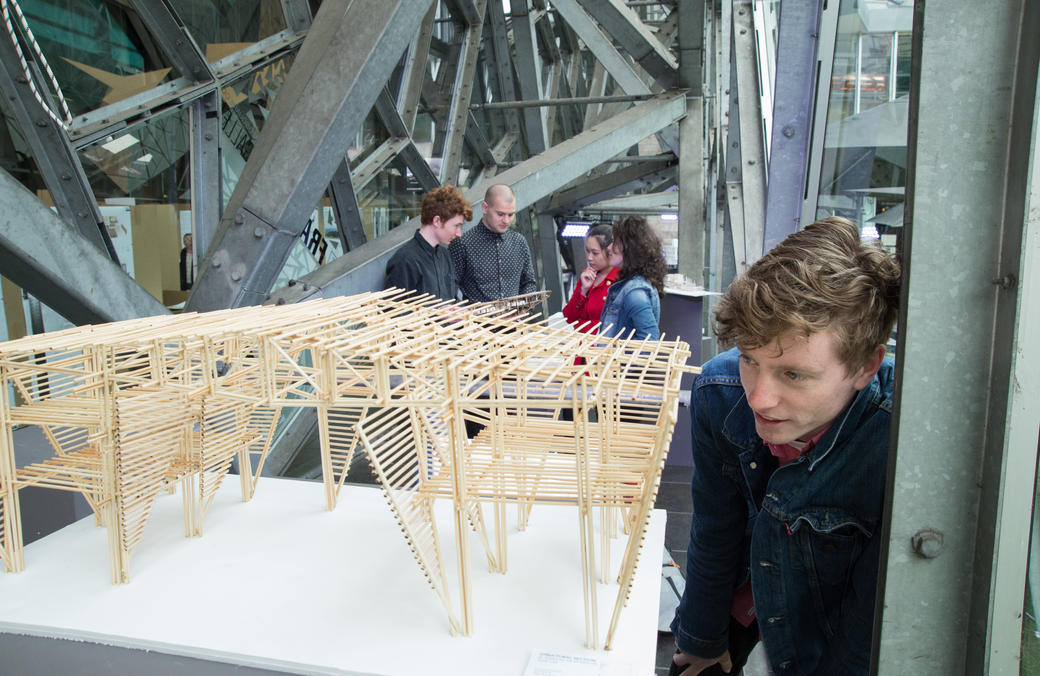 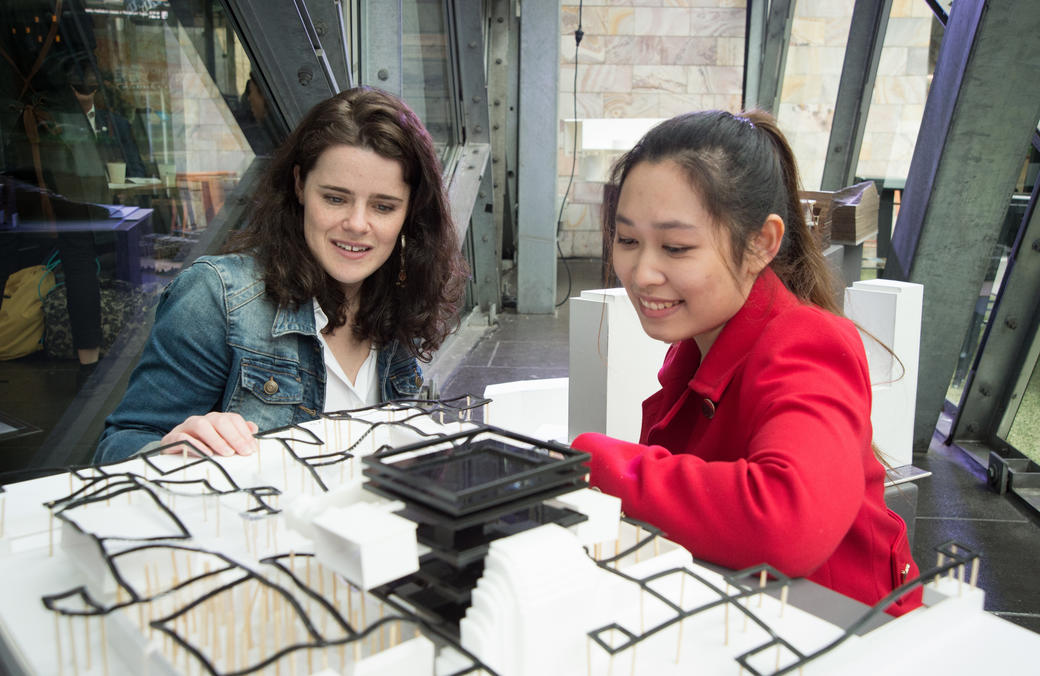 Around 500 guests, including Peter Maddison (host of Grand Designs Australia), came along to the opening night of PaperSpace 2015.

Held in the atrium of Federation Square, the exhibition was formally opened by Sean Godsell, one of Australia's most internationally renowned architects. Using a football, talent and teamwork analogy, he discussed the students and their work in the context of architecture's cultural civic role.

An estimated 10,000 people went to the exhibition over the course of five days during Melbourne Cup week in 2015. Visitors included numerous community and industry representatives, students, staff, families and friends.

These works concretise a concern for understanding and character. They are presented as places and spaces of comprehensive engagement with social, political and environmental responsibility. There is a leadership quality to this – these works are propositions and invite engagement.